At Appalachian Voices, we are fortunate to share our work with some of the finest minds in the conservation movement, and this year is no exception. We would like to welcome three exciting new additions to our team, expanding our expertise exponentially as we move into the next 15 years. 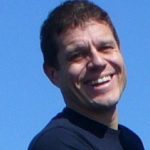 Kevin Jones, joins us from the “Liberty and Prosperity” state of New Jersey as our new Director of Development, and has served an inspired lifetime so far in the environment, conservation and human rights sectors. He previously managed local and statewide non-profit and political campaigns while simultaneously overseeing development operations for the National AIDS fund. Prior to that, he worked with science and environmental educators Dr. Sylvia Earle and Jean Michele Cousteau as Director of the U.S. Pavilion for Lisbon’s World Expo called, “The Oceans: Heritage for the Future.” Kevin is also a certified facilitator for the “Awakening the Dreamer, Changing the Dream” sustainability symposium and serves on the board of trustees of United for a Fair Economy. Kevin is a former priest who “sees my work in promoting a health of our planet and the mother forest of the Appalachias as a divinely inspired call.” 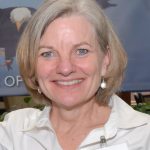 Also joining us this summer is our new Director of Communications, Cat McCue. Cat joins us with more than two decades of experience in environmental communications and policy. She was Senior Communications Manager at the Southern Environmental Law Center where she supervised media relations and communications campaigns at the national, state and local level. Her work has appeared in The Washington Post, The New York Times, and outlets throughout the South. An award-winning reporter for The Roanoke Times, Cat received her B.A. from UT Knoxville, and masters in journalism from UC Berkeley. She recently completed the Virginia Natural Resources Leadership Institute and serves on the board of the Rockfish Wildlife Sanctuary. A Yankee transplant to Appalachia, Cat says that she is “honored to work with Appalachian Voices’ staff, board, members, contributors and activists to protect this magnificent region.” 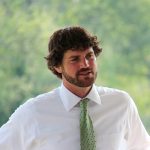 Nathan Jenkins, originating from a long line of farmers in Virginia’s foothills of the Blue Ridge Mountains, joins our Charlottesville office as our new Virginia Campaign Coordinator. Originally an IT professional, Nathan returned to school and obtained a masters in environmental studies from Vermont Law School. Following law school, he has worked to support Clean Water Act and Clean Air Act litigation with the Natural Resources Law Clinic, served as a law clerk for Judge John Berry in Culpeper, and became the Executive Director of a small non-profit group promoting land conservation in the foothills of Rappahannock County. Nathan lives with his wife, Kara, on his family’s land in Etlan, Va.

We also must bid adieu to two long-time and devoted staff members and defenders of Appalachia. Virginia Campaign Coordinator Mike McCoy, a keystone in our fight to stop the Hampton Roads coal-fired power plant and promote energy efficiency in the Commonwealth, leaves us for a dream position working on a sheep farm along the wild New Zealand coastline.

Technologist Benji Burrell, who for many years has championed the iLoveMountains.org website, delved into the depths of programming data and produced outstanding video materials, is headed off to provide critical support for the medical field in Asheville, N.C. We will miss them both, and wish them much success in their new endeavors!

An Ardent Thank You

And last but not least, we would like to extend the most hearty of thanks to our Americorps members for this year, Molly Moore and Brian Sewell, who went above and beyond in the creation of this publication. What’s more, both have committed to working with App Voices for the forseeable future, so our communications will be even better in the coming year!