The Appalachian Voice has covered environmental, outdoor and cultural news in the Appalachian mountains since 1996. We provide thorough and well-researched journalistic news coverage to fit a niche not often covered by standard news media.

Due to the economic and public health impacts of the coronavirus pandemic, The Appalachian Voice shifted to online-only publication in the summer of 2020. Prior to then, we and our dedicated team of distributors delivered more than 76,000 free copies of the print edition of The Appalachian Voice to a broad spectrum of readers in locations that span eight states.

The mission of The Appalachian Voice is to provide factual information about environmental concerns in our region, as well as to share the beauty and value of our mountains with the public.

Questions? Story ideas? Letters to the Editor? Email voice@appvoices.org! Contributor guidelines, reproduction information and other information about getting involved with The Appalachian Voice is available here. 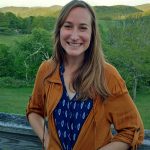 Molly is originally from the Midwest, where she earned journalism and religious studies degrees from the University of Missouri and wrote for several newspapers and magazines. She began working on issue-based communications through Farm and Fiddle, a mid-Missouri community radio program that explored the connections between health, environment and agriculture, and then provided public relations support at Canyonlands Field Institute in Moab, Utah. Molly joined the Appalachian Voices communications team as an AmeriCorps Project Conserve member in 2011, and served as the managing editor for The Appalachian Voice for four years before stepping into the editor role in 2016. 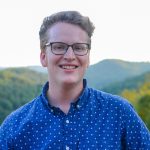 Born in Arizona and raised in Tennessee, Kevin graduated from the University of Tennessee in 2016 with a B.S. in geology & environmental studies and a minor in trombone performance. Kevin first started working with The Appalachian Voice in 2015 as a freelance writer, where he wrote numerous stories until joining The Voice staff in August 2017 as Associate Editor. Kevin has also freelanced with The Knoxville News Sentinel, held internships at Oak Ridge National Laboratory and The Knoxville Mercury, played in a David Bowie cover band, and recently completed a year of service with CAC AmeriCorps in the City of Knoxville Solid Waste Office. Ecstatic to be surrounded by mountains, when Kevin’s not exploring Boone’s ample hiking trails you can probably find him dog-watching from a coffee shop window. 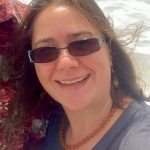 Meredith, or “Mayzie,” grew up in the intentional community known as The Farm outside Nashville, Tenn. The community works to help insure that all people have access to clean water, sanitation, nutrition and livelihood, a philosophy at the core of her life’s work. Mayzie received a nursing certificate from Caldwell Community College and is also a certified community herbalist. She co-owned an eco-friendly fair trade store in Boone, N.C. More recently, she worked with the nonprofit organization Go Conscious Earth in the Democratic Republic of Congo to document and facilitate the installation of five clean water wells that now serve 10,000 people. Mayzie lives on a portion of 165 acres she helped preserve along the Blue Ridge Parkway, where she has raised her three children, Lydia, Rory and Charly. 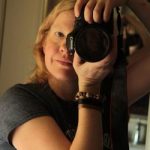 Jamie has over twenty years of experience in print and online media. She helped establish two award-winning community newspaper websites; co-founded the Boone-based community newspaper, High Country Press; created and edited the popular SHOUT! nightlife magazine; and served as Webmaster and co-chair of the Web Advisory Council at Appalachian State University. As senior communications coordinator for Appalachian Voices, Jamie filled the role as editor of The Appalachian Voice for six years, and now serves as a consulting editor to the team. She is a self-taught computer geek who has a serious soft spot for all creatures great and small–plant, animal, or otherwise. 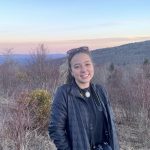 Cameron is a senior at Appalachian State University majoring in journalism and sustainable development and minoring in French. Originally from South Carolina, she always enjoyed visiting the Blue Ridge Mountains when she was younger and quickly discovered her passion for learning about environmental issues. As a news reporter, she covers the environmental beat for the student newspaper, The Appalachian. She spends her spare time cooking new recipes, kickboxing and hiking local trails. At Appalachian Voices, Cameron hopes to use her love of writing to effectively educate the public about local environmental issues, while also learning more about the region’s history and culture. 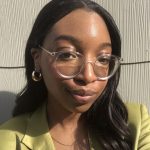 Makaelah is a rising senior at Appalachian State studying Journalism and Social Work. She moved to Appalachia to attend school in 2014, and has lived here ever since. Makaelah has covered arts and culture as a reporter for The Appalachian since 2016. Recently, she was one of 30 journalists around the country to attend Bloomberg-UNC-Berkeley Business Journalism Diversity Program. She was also a finalist for Society of Professional Journalists’ Mark of Excellence Awards. At App Voices, Makaelah hopes that her passion for writing and love of community can shed light on environmental injustices throughout Appalachia.