An abandoned and decaying structure at the Sugar Cove Mine in Virginia. Photo courtesy of DMME

Centuries of coal mining in Appalachia have left a wake of destruction behind. Thousands of former mine sites still pose health and safety risks, and the extensive environmental damage includes polluted waterways, compromised groundwater, and the loss of 1.5 million acres of forest in one the most biologically diverse temperate ecosystems on the planet.

Residents in this region have dealt with increased illness and shortened life expectancy. Black lung disease is again on the rise, and both current and former miners are fighting to protect their vital healthcare benefits. Communities that depended on the coal industry’s boom years now face daunting financial challenges.

Meanwhile, the bosses and bankers who got rich off of Appalachia realize that the market for coal is continuing to decline. Many are trying to jump ship, taking their wealth with them and leaving the problems for local communities and taxpayers to deal with.

As Appalachian Voices continues to fight new mountaintop removal coal mining permits and monitor existing mines, we are also committed to ensuring that the communities that have long borne the brunt of mining are not left behind. We are determined to hold the coal profiteers responsible for cleaning up the land and water they defiled and fulfilling their obligations to miners and their families.

Similarly, the communities living near coal-fired power plants have suffered the burden of air and water pollution created by burning coal for electricity. Our years-long campaign alongside North Carolina communities impacted by Duke Energy’s dangerous storage of coal ash resulted in statewide cleanup orders, and we are committed to making sure the massive utility follows these rules.

We’re also working with communities in East Tennessee, site of the first major coal ash disaster in the country, to ensure that coal ash is stored in ways that protect residents, workers and waterways. And we’re engaged in legal challenges against Trump-era rollbacks on federal regulations for coal ash handling. 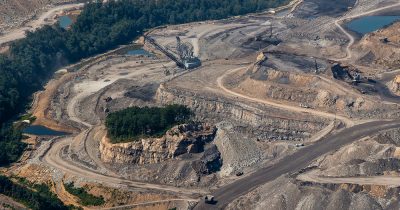 Since the 1970s, the coal industry has blown up more than 500 of the oldest, most biologically rich mountains in America and destroyed more than 2,000 miles of headwater streams. Despite an ongoing citizen movement to end the destruction, and despite the decline in coal, it’s still happening.