Taking Energy Democracy to the People Through Tours 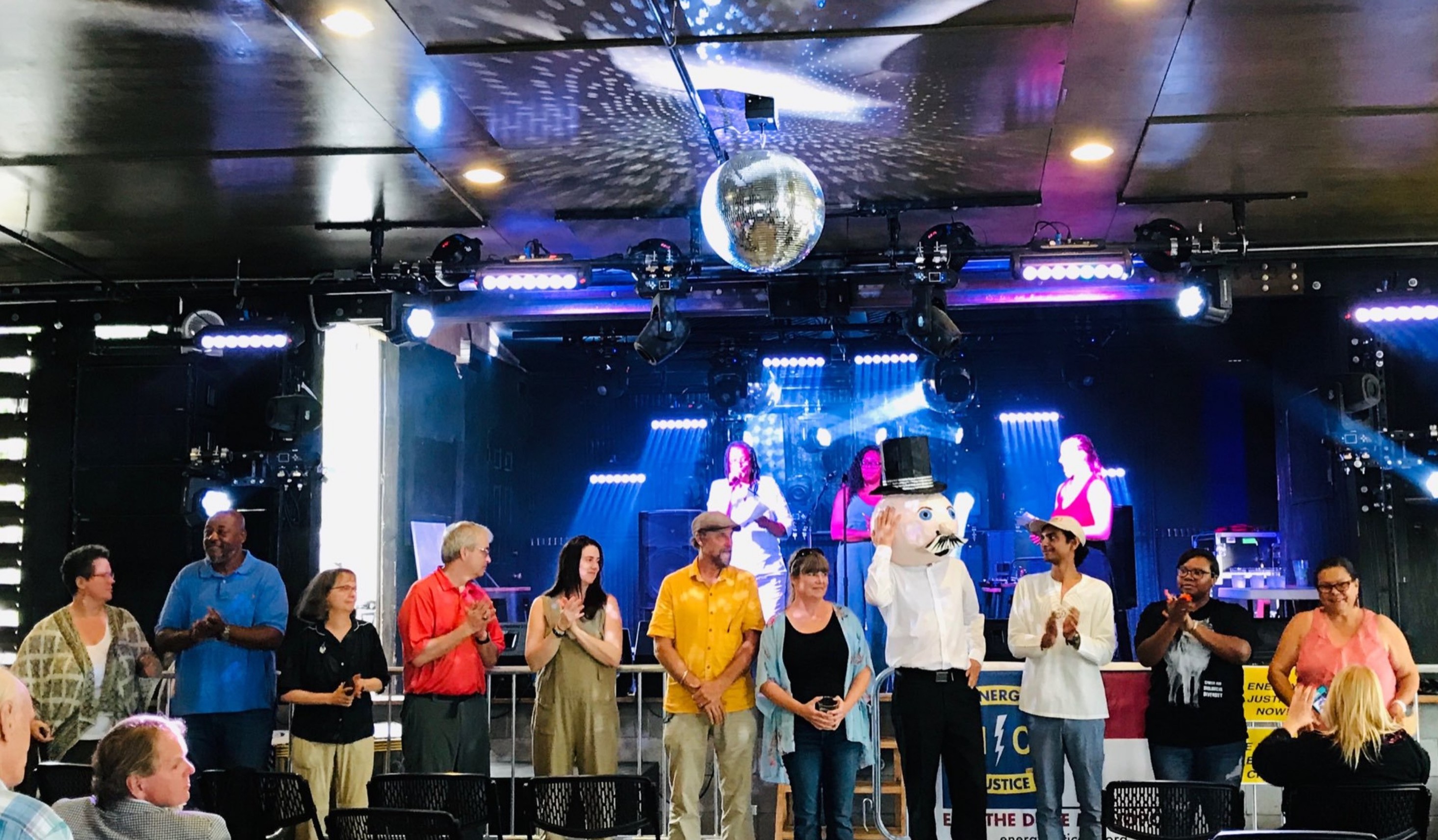 From the first cup of coffee in the morning to the last Instagram post we see at night, electricity powers every hour of our day. For something so fundamental to our quality of life, it’s shocking that we have almost no control over where that electricity comes from or how much we pay for it. 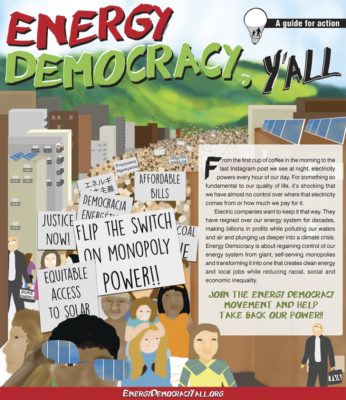 The Energy Justice NC Coalition also launched the EnergyDemocracyYall.org website and accompanying handout, above, to educate people about the issue and promote tour dates.

That’s why Appalachian Voices, along with partner organizations and citizens concerned about lack of control, is organizing Energy Democracy tours in Virginia, North Carolina, and the Tennessee Valley to educate people on how to take back their electric system.

On July 22, the Energy Justice North Carolina coalition launched the Energy Justice Tour with a family-friendly event in Asheville to educate locals and involve them in the community and statewide movements for energy justice. Organizations including Community Roots, which is working on an Energy Democracy ballot initiative to be voted on by the city of Asheville, co-hosted the event. Energy Justice NC is comprised of over a dozen organizations, including Appalachian Voices, that seek to end the Duke Energy monopoly so that local communities can shape their energy system. Future tour stops are being scheduled in Raleigh, Winston-Salem, Charlotte and beyond.

In Virginia, Dominion Energy is preventing progress by blocking residential solar panels and other private energy generation from entering the grid, continuing to invest in fossil fuels and buying political influence. States with competitive energy markets saw electricity rates decrease from 2008 to 2017, while the average rate in Virginia increased by more than 16 percent. The Energy Democracy tour in Virginia is concerned with providing energy choice for residents of the commonwealth.

The Energy Democracy tour in Tennessee and Alabama is underway and has more than 10 events planned throughout the Tennessee Valley. This tour will provide an opportunity for community members to examine the history and impacts of the Tennessee Valley Authority’s energy system and create a vision for the future. Attendees will learn about TVA governance and decision-making and about reform efforts happening locally. As of press time, an Aug. 3 kickoff was scheduled for Memphis, Tenn., with events planned in Knoxville, Nashville, and LaFollette, Tenn., as well as Hunsville, Ala., and Bowling Green, Ky.

Visit EnergyDemocracyYall.org to learn more and find information on specific events in each area.