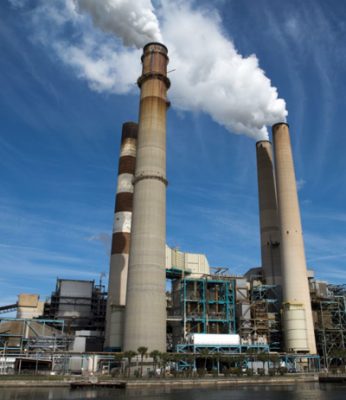 On July 8, President Donald Trump claimed responsibility for environmental strides in a speech at the Washington Monument, despite the dozens of environmental protections he has cut since taking office.

In fact, the Trump administration has cut so many regulations that in early June seven former leaders of the U.S. Environmental Protection Agency representing both Democratic and Republican presidencies testified together to the U.S. House Energy and Commerce Committee, expressing concerns about the president’s changes to environmental policy.

While Trump’s weakening of environmental protections varies in form and impact, there are many possible large-scale ramifications, including impacts to the world’s climate.

In May, the New York Times reported that the Trump-appointed head of the U.S. Geological Survey, James Reilly, had ordered the agency not to predict climate change impacts past 2040 or include worst-case scenarios in certain reports. The administration is also attempting to diminish the Clean Car standards, which were on track to halve global warming pollution from car emissions by 2025. And, among other measures to halt climate action, the president ignored current international consensus about solving the climate crisis with his June 2017 announcement that the United States would withdraw from the Paris climate agreement.

Climate change threatens Appalachia with severe rainfall, storms, drought, forest fires and rising temperatures, among other unforeseen impacts. The area also stands to suffer from increased damages to air and water due to regulatory changes that affect the fossil fuel industry.

On June 19, the EPA issued its final Affordable Clean Energy rule, which replaces the Obama-era Clean Power Plan. While the Clean Power Plan had set a federal limit on emissions from coal-fired power plants, under the Affordable Clean Energy rule, states can ignore the EPA regulations and set their own limits for power plant emissions. An April study published in the journal Environmental Research Letters indicated this rule could lead to 28 percent more emissions from power plants by 2030 than if there was no comparable policy.

Since taking office, the Trump administration has also weakened regulations on coal ash storage, ended a proposal that would have required mines to prove they had the resources to clean future pollution, and cancelled a requirement that oil and gas companies have to report methane emissions. In January 2018, the Bureau of Land Management issued a memorandum to expedite oil and gas drilling on public land and cease use of an Obama-era system designed to resolve issues regarding drilling for fossil fuels on sensitive land, including national parks.

In April 2019, Trump issued an executive order intended to make it harder for states to stop oil and gas pipelines. Among other provisions, the executive order asks the EPA to revise a section of the Clean Water Act in order to expedite the permitting process for pipelines.

Trump also claimed in the July speech that his administration has prioritized clean air, citing a 74 percent decrease in air pollution since 1970. Most of this decline occurred under previous administrations, however, and the independent research organization Rhodium Group found that carbon dioxide emissions rose “sharply” in 2018.

In addition to the actions that will likely increase emission levels of greenhouse gases, the administration has implemented a bevy of other changes that could harm air quality. In June 2018, the EPA proposed a review of the way the agency calculates the costs and benefits of regulations, with former EPA Administrator Scott Pruitt stating in a press release that “the previous administration inflated the benefits and underestimated the costs of its regulations.” Changing these calculations could result in lower estimates of the positive health effects of reduced air pollution, for instance, weakening the case for strengthening emission standards. Also in 2018, the EPA disbanded its Particulate Matter Review Panel, which helped to determine levels of pollutants that are safe to breathe.

Similarly, the president’s speech hailed the importance of water quality. “We want crystal-clean water, and that’s what we’re doing and that’s why we’re working so hard,” Trump said.

But he left out his administration’s proposal to remove protections for 51 percent of the United States’ wetlands and 18 percent of its streams by modifying the Clean Water Act’s jurisdiction. His administration has also delayed EPA regulations for toxic runoff from power plants and undone a rule limiting the amount of debris coal companies are allowed to dump into waterways.

These rollbacks of air and water quality protections pose a threat to natural habitats, and other regulatory changes directly impact wildlife. In July 2018, the administration began a process to revise the Endangered Species Act. The proposed changes would make the economic impact of regulations a larger part of the decision-making calculus when deciding if and how to protect endangered species. These changes could impact Appalachia, home to some of the most biodiverse and already-threatened landscapes in the country.

These changes and others increase companies’ license to pollute by lowering emission standards, delaying updates or weakening regulators’ ability to enforce environmental rules. Many of these environmental protections are the result of years of citizen organizing. The current administration has stalled or reversed dozens of these regulations, and there is little reason to believe the trend will change.