At over 54,000 acres, Grantsville’s Savage River State Forest is the largest state forest in Maryland and an outdoor enthusiast’s paradise with designated areas for hiking, camping, fishing, hunting and off-road vehicles. 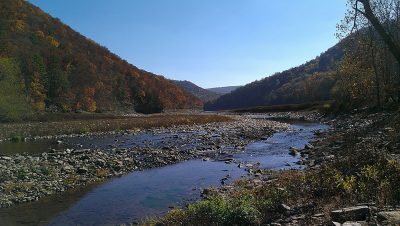 In warmer weather, rhododendron and wildflower blossoms are prominent. The Poplar Lick Trail follows a native trout stream and ends at the Savage River.

On the trail is a stone monument memorializing the five-person crew of a B-52 bomber that crashed during a blizzard at Big Savage Mountain on Jan. 13, 1964. The plane was carrying two thermonuclear bombs. A week into the search for the plane and crew, Air Force Maj. Robert Lee Payne was found dead from exposure after ejection in the Savage River State Forest. The monument marks this tragic spot.

In Grantsville and Salisbury, similar markers are located where two other crew members were found dead. Over 50 years later, these memorials are still visited by the crews’ families, Air Force members and citizens.