From the Rockies to Appalachia: Virginia can look to Colorado for electric co-op reform 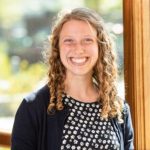 Grace Gray is an undergraduate student at the University of Virginia, where she studies Environmental Thought and Practice. She is interning with our Energy Democracy team this fall.

“Democracy and transparency issues were apparent to me from the time I went to my first co-op annual meeting about ten or eleven years ago.” These are the words of Seth Heald, a member-owner of Rappahannock Electric Cooperative (REC), which provides energy to over 140,000 members in central Virginia. Heald has spent his time since that first meeting studying issues at other electric co-ops in Virginia and advocating for reform statewide. National energy experts echoed Heald’s message during a virtual energy democracy forum on September 28. Organized by Solar United Neighbors of Virginia, Repower REC and Appalachian Voices, the panel featured Joe Smyth, Research and Communications Manager for the Energy and Policy Institute; Benita Wells, CFO at Southern Echo in Mississippi and electric co-op reform advocate; and Holly Metzler, Board Member of La Plata Electric Association in Colorado, alongside Heald. The panelists described their communities’ experiences with a lack of transparency at their electric co-ops and shared pathways towards reform.

Heald and Smyth first discussed the issue of proxy voting practices in cooperatives’ board of directors elections, a controversial voting system which some electric co-ops in Virginia (including REC) use. Proxy voting works by encouraging member-owners to designate the co-op board to vote on their behalf, sometimes giving incumbent boards control of more than half of all votes. Many electric co-ops—including REC—encourage uninformed proxy voting by offering drawings for cash prizes for those who submit proxy votes. These proxy votes then often go to an incumbent candidate, making it virtually impossible for outside candidates to win. This insulates the board from member-owners’ concerns. Indeed, for the past twelve years no candidate for REC’s board has won a single race without receiving the board-controlled vote.

Yet if you hop from the Appalachians to the Rockies, you see a very different story: Colorado co-op members underwent similar conversations about the lack of democracy in 2010 and responded by outlawing proxy voting in electric co-op board elections. The state further promoted fair practices by lowering the requirements to run for board positions, opening board meetings for member-owners to observe, and making board members’ contact information readily available. Taken together, Colorado’s movement beyond proxy voting has allowed co-ops to reprioritize their members. It’s time for Virginia to do so too. 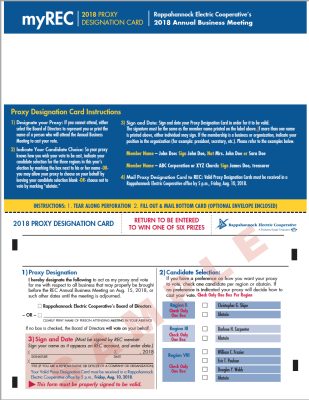 In addition to undemocratic elections, Virginia’s cooperatives also hold closed board meetings that provide little transparency to member-owners about their utility’s operations. This problem becomes increasingly urgent as many co-op boards meet privately to discuss raising rates or other charges, in effect taking money from member-owners’ pocketbooks without explaining why.

Heald shared how his struggle with REC’s closed-door meetings is reflected at other co-ops in the state: twelve of Virginia’s thirteen electric cooperatives hold closed board meetings, which exclude citizens from their democratic right to engage with their co-op. This stands in stark contrast to Smyth and Metzler’s experiences in Colorado, where each board meeting is openly advertised, publicly accessible, live-streamed and even attended by local press.

Proxy-voting: A voting process under which co-op member-owners delegate their votes to the current board’s recommended candidate(s), which highly favors incumbents, thereby discouraging progress and reform within electric co-ops.

Going further south, electric co-ops paint a very different picture. Wells shed light on the corruption coloring Mississippi’s twenty-six electric cooperatives. According to Wells, one co-op went 71 years without an election, while another used its profits to purchase a golf course that the majority of their member-owners could not join because of the color of their skin. In this case, an electric cooperative was reinforcing systematic racism. 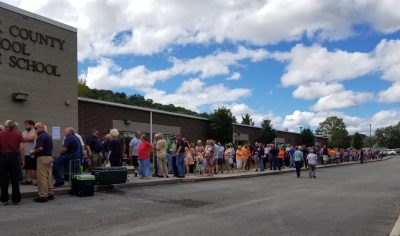 In Tennessee, Powell Valley Electric Co-op members line up to vote at the 2018 annual meeting. Photo by Lynn Tobey

Yet Metzler’s more positive cooperative Board experience inspires hope in the cooperative model. When she joined the board in May 2019, La Plata Electric Association (LPEA) was already live-streaming its meetings, and the board has actively sought ways to make their meeting minutes and resolutions available online. In September, the LPEA board hosted two member-appreciation lunch-ins to chat with their constituents. With an open business meeting and two town halls scheduled for later this month, LPEA can’t help but seem like an idyllic version of what Virginia’s co-ops can become.

We can take this step towards progress through advocating for reform. Appalachian Voices is collaborating with Repower REC, SVEC Check, Piedmont Environmental Council, Solar United Neighbors, Virginia Organizing and the Virginia Sierra Club on legislation to require open board meetings and eliminate proxy voting in favor of direct elections. And every Virginia citizen can take action by signing our petition to follow Colorado’s example and implement these needed reforms. As Metzler herself put it, “The iron is hot right now. It’s hot on a lot of levels, and so we just keep pushing and pulling in the right direction to make our cooperative communities, and our communities as a whole, more resilient and healthy.”