The Women of Appalachia: One of our most powerful natural resources

The Formidable, Fearless and Fantastic Women of Appalachia 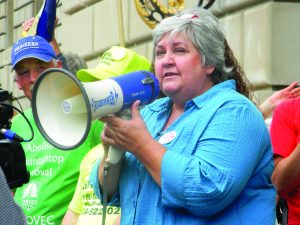 Fearless women settled Appalachia – and are still fighting for it.

Alongside men, they plowed fields, put up food, kept the family and faced conflict.

Women like Mary Draper Ingles, taken hostage in 1755 by Shawnee Indians, who hiked 500 hundred miles of wilderness barefoot to find her way back home, founding the settlement that became the city of Radford, Va. Women like Mary Harris “Mother” Jones, who in the 1900s organized women for the labor movement. Women like Judy Bonds, who fought the coal industry’s destruction of mountain communities in the 21st century.

In Ingles’ time, women were the indispensable center of subsistence farming households. By the 1900s, only men could work in the coalmines and women’s roles diminished in comparison. Paradoxically, this made them a potent force for labor, as Mother Jones discovered, since they could not be fired from jobs or fired upon by soldiers.

While the first women did not begin working for the coal industry until the 1970s, a group of women who called themselves the “daughters of Mother Jones” played a crucial role on the picket lines during the Pittston strike of 1989.

Women have led the way in activism as well. In 1965, Ollie “Widow” Combs laid down in front of the bulldozer that was preparing to strip-mine her Kentucky farm. She spent Thanksgiving in jail, but her protests led to strip mining legislation in 1967 in the Kentucky General Assembly. Ten years later, Widow Combs was invited to the White House for the signing of the Surface Mining Control and Reclamation Act of 1977.

Another crucial role for women has involved education, literature and art.

One of the underlying themes has been a reaction to the hillbilly stereotype that made it so easy for the timber and coal companies to push Appalachian people off their land.

Appalachian people were complex, human, intelligent and often beautiful as portrayed in Lucy Furman’s 1920s novels about the Hindman Settlement School, or in the social realism of Elizabeth Madox Roberts or Anne W. Armstrong of the 1930s and 40s. And they were fighters, too, as depicted in the mid- 20th century and early 21st century novels of Wilma Dykeman, Denise Giardina and Anne Pancake.

Nikki Giovanni, an African-American poet teaching at Virginia Tech, is another woman whose work describes Appalachian people and speaks out against all kinds of hate-motivated violence. Another poet, Marilou Awiakta, is informed by her Cherokee heritage in writing about growing up in Appalachia and describing Native American legends that point towards a nurturing relationship between people and Mother Earth.

And so, we present this introduction to the region’s most powerful natural resource — the outstanding and fearless women of Appalachia. 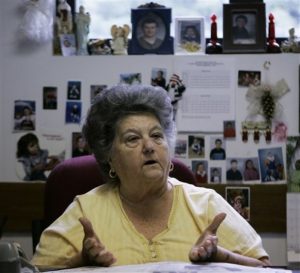 At the tender age of 14, Eula Hall vowed to “raise holy hell” in response to miserable working conditions she faced in a World War II factory in New York. Soon after, she was arrested and charged with ‘inciting a riot.’ But it wasn’t enough to stop Eula. She returned to eastern Kentucky vowing to fight injustice wherever she saw it.

Born into the searing poverty of the Depression and taunted by poor health and abusive relationships, she sought to make a better life for herself and her Mud Creek, Ky., community. As an early participant in the VISTA program, Eula became a poverty warrior fighting for clean drinking water, black lung compensation and against local political fiefdoms.

In the 1960’s, when President Johnson’s War on Poverty ended funding for a crucial health program, Eula took her community’s well-being into her own hands. She transformed her trailer-home into a doctor’s office, launching the Mud Creek Clinic to provide free health care for all.

The clinic was an incredible success, but it wasn’t without enemies. A mysterious arsonist set fire to the clinic in 1982, leaving nothing behind. However, with grit and determination common to so many Appalachian women, Eula rallied the community to rebuild the clinic, with donations coming in from as far away as California. Today, the Mud Creek Clinic continues to provide care and stands as a testament to the power of one woman’s determination.

Eula has spent her life fighting injustice, even risking her life at times. But, just as the sign outside her clinic reads, she did it, “for the people.”

Kiran Bhatraju is a native of Pikeville, Kentucky currently working on a biography of Eula Hall titled “Mud Creek Medicine,” due out in late 2011.