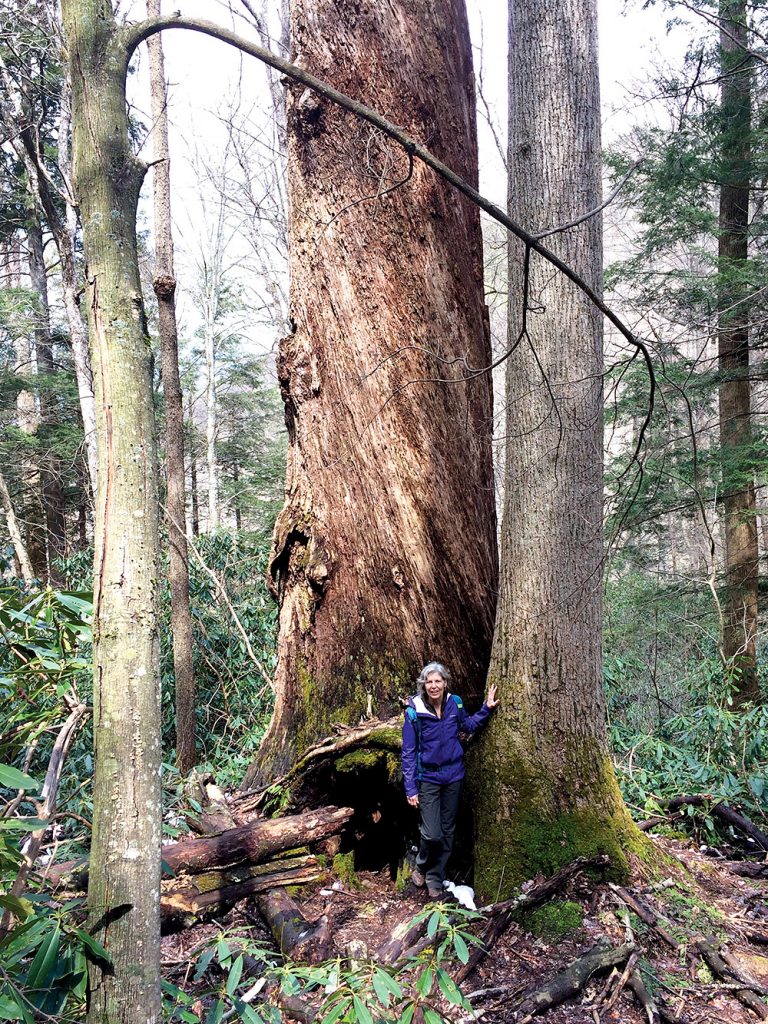 Standing among black oaks, black cherries and walnut trees, Doug Wood recognized he had found something exceptional in West Virginia’s Beech Fork State Park. On this cloudy day, Wood solo-hiked to a patch of treetops he had found on Google Maps and began searching for characteristics of old-growth forests, such as a diversity of tree species and few signs of human interference.

After multiple trips with his wife and friends, Wood has identified a 60-acre area of forest more than 100 years old that he hopes will become recognized by the Old-Growth Forest Network, a nationwide organization dedicated to protecting the unique forest habitats that older trees can provide.

“I could go on and on and on about why I like old-growth forests,” Wood says, highlighting in particular the habitats these forests provide for animal species that need them.

To raise awareness of these forests, the Old-Growth Forest Network manages a database of private and public old-growth or maturing secondary forests in 20 states, including most Appalachian states. The network collaborates with volunteer county coordinators who search for these forests on public lands in their county; private landowners can also participate.

Volunteers aim to officially dedicate the forest into the network in collaboration with the manager of the land if it is formally protected from commercial logging. The network strives to “implement, enhance and ensure protection for unprotected forests,” according to Melissa Abdo, managing director of the Old-Growth Forest Network.

They are developing more resources for those who are interested in strategies to protect forests, and the network acts as a resource for those interested in visiting these forests. Wood and other volunteers with the network found an old-growth tract in Kanawha State Forest in West Virginia this summer.

More than 1,000 acres of secondary old-growth forest were recognized by the network in collaboration with the Kanawha State Forest Superintendent and the Kanawha State Forest Foundation in a ceremony on Sept. 9. Wood has been involved in the West Virginia Scenic Trails Association since 1976, and teaches classes for the state’s Master Naturalist Program.

He began searching for old-growth forests because of a controversial West Virginia bill introduced in January 2018 that would have allowed timber harvests in state parks. While the bill was defeated in spring 2018, the event inspired Wood to identify these forests and call for their protection. 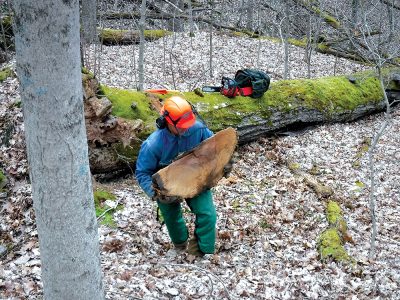 When trees are over two feet in diameter, Wood looks to find other characteristics of older forests.

“As a ballpark figure to begin your research, you look for big trees,” Wood says.

In Beech Fork, Wood saw large trees and small patches in the canopy where trees had died of natural causes and where the fallen trees or standing snags were untouched by humans. Old-growth forests are often not original growth, but they tend to include larger trees of varying ages and species, with little to no evidence of human interference.

These are some of the many traits the group uses to determine old-growth status, according to Abdo. The network’s volunteers and other concerned citizens look for “high ecological integrity/quality, high forest diversity for that particular ecosystem, [and] notable old-growth species of flora and fauna,” Abdo wrote in an email.

Abdo explains that more than 99 percent of these forests are believed to have been removed or radically altered on the East Coast. The rare stands that remain provide habitats for many species of birds, mammals, insects, aquatic creatures and plants. Wood states that many animals, such as cerulean warblers and black bears, need mature forests in particular seasons — and “old-growth is the best of the best.”

“When it comes to aquatic life, [conditions] don’t get any better than streams flowing through old-growth forests,” Wood says. He stresses the importance of researching these ecosystems for water quality conditions. Studies have found that large root masses of old-growth prevent erosion into streams, keeping sediment out of fish gills and creating clear, healthy water.

In Tennessee, the group recognized the Albright Grove of Great Smoky Mountains National Park, which offers a 6.7-mile round-trip hike through virgin cove hardwood forest. The network is looking for county coordinators like Doug Wood across the country and recognizes local volunteers as vital to their protection of the forests.

“The Old-Growth Forest Network recognizes the importance of having local people and local landowners or land-holding entities, like state agencies and so forth, involved in the process, and that’s a key to its success,” Wood says. “If you have enough citizens supportive of the effort, then there’s a better chance that these old-growth forests are going to survive into the future for our children and future generations to see.”