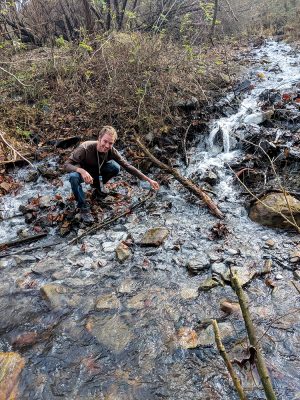 Once a month, Jason Von-Kundra joins a small group of fellow concerned citizens to test water flowing from a strip mine in Wise County, Va. Although the Meadowview, Va., farmer doesn’t particularly enjoy these monthly trips to the active mountaintop removal coal mine, he sees them not as a choice, but as a calling.

“If I could choose, I would choose not to do this work,” says Von-Kundra. “I would love to go take a hike and enjoy the scenic beauty that this region offers, but instead I see the importance of having to sacrifice some time instead to do this work to protect that, that way others can [enjoy it].”

Von-Kundra is a citizen scientist and member of the Young Appalachian Patriots, a grassroots organization aiming to get regional youth involved in bettering their communities. The group works with several other nonprofit organizations including Appalachian Voices, the publisher of this newspaper, to test fast-flowing mine drainage for illegal levels of toxic heavy metals such as iron, manganese and selenium. Von-Kundra has been a water monitor since mid-2017.

The Young Appalachian Patriots are one of many water quality watchdog groups throughout the region that test streams and wetlands near coal mines. Some groups are organized and consistent, while others are loose networks of interested individuals who visit affected streams when they can.

Sometimes it’s obvious when water is contaminated; it might smell of sulfur, have an oily film or be a violent orange. But even normal seeming water can be unsafe, so Von-Kundra and his peers perform field tests for water acidity and conductivity to see whether an expensive lab test is warranted. These tests serve as indicators of heavy metal levels.

If tests show that the water is abnormally conductive or acidic, Von-Kundra’s group takes a sample to send to the lab. Samples are sealed in special containers to ensure that the water stays in the condition in which it was taken.

From there, Von-Kundra signs a form transferring ownership of the sample to Appalachian Voices, which covers the cost of lab tests. Von-Kundra makes monthly trips to the mine in question to establish a consistent dataset that any future problems can be compared to.

If you would like to help hold coal companies accountable to the law, you can find a group that offers water monitoring training at ace-project.org/how-to-get-involved. Or, you can get in touch with the groups below:

If a violation of state water quality standards is uncovered, reporting the issue to the state mining agency could be enough to ensure that the company cleans up the problem. If the state agency is unwilling or unable to address the issue, the problem could be addressed through the federal Office of Surface Mining Reclamation and Enforcement, or through a citizen lawsuit.

“We tested conductivity 10 times [higher than] what a healthy stream should be and witnessed heavy water flowing over the road due to poor containment and flow systems,” Von-Kundra says of a mid-November visit to strip mines in Dickenson County, Va. “I feel devastated every time I see this abuse of land and water.”

“I think it’s crucial for citizen monitoring to happen because we’re filling those gaps,” he adds. “If we weren’t doing it, nobody else would.”

In March, DJ Coker of Campbell County, Tenn., informed the Tennessee Department of Environment and Conservation of a heavily polluted area near Clairfield, Tenn. Coker, who has been monitoring water pollution at East Tennessee coal sites for about four years, states this is among the worst cases he’s seen so far. 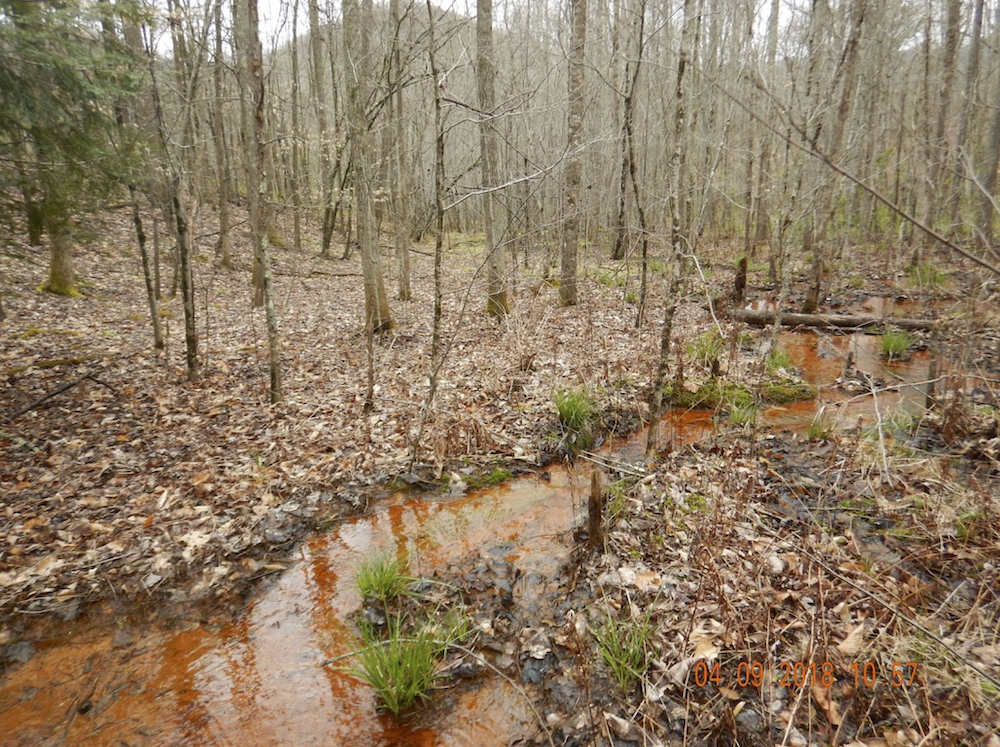 DJ Coker discovered an area stained bright orange by an iron seep, left, at an unrelated site near Clairfield, Tenn., which he reported to the Tennessee Department of Environment and Conservation. Photo courtesy of TDEC

“It was a very deep orange with an oily film on it,” Coker says. “It was over 250 feet of just continuous pollution, and it was coming from an area on top of the ridge.”

The ground in the wooded mountain landscape had been stained bright orange by an iron seep, which occurs when water flows across and dissolves iron. This problem, also called acid mine drainage, is common at the site of active and older coal mines. Coker was concerned this could be affecting the water quality of a nearby forest wetland and stream.

To confirm the presence of heavy metals, Coker captured water samples and sent them to a lab through Appalachian Voices. He then filled out a form and submitted the results to TDEC, which sent a team of investigators to the site in April.

Although there is a reclaimed mine, a gas well and an access road near the site, TDEC determined that the iron seep is “a natural feature and not the result of a permitted facility or action,” and so did not issue a water quality violation. However, TDEC stated that future impacts of the iron seep on water quality were possible and met with the landowner to discuss possible mitigation options. Any action taken by the landholder would be voluntary since TDEC classifies the seep as a natural feature. 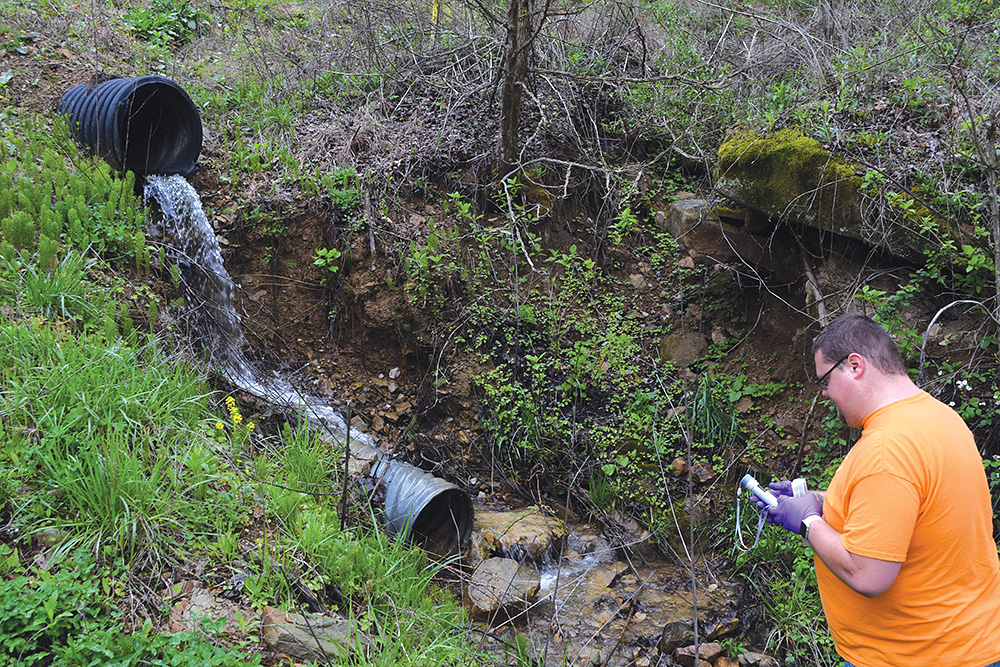 DJ Coker tests the conductivity of water runoff from an active strip mine near Clairfield, Tenn., in April 2018. Photo by Kevin Ridder

“I want these mountains to be around for my kids and my grandkids,” says Jarocki. “I’ve played in this water for my whole life, and I want my grandkids to be able to.”

Coker was recently certified with the Save Our Streams initiative in Virginia, which trains and provides resources to would-be water monitors. Save Our Streams has yet to establish a foothold in Tennessee, which Coker hopes to change.

The program teaches graduates how to do macroinvertebrate surveys — in other words, to look and see what kind of bugs and other creatures live in the water. The health of the stream can then be judged by the type and number of bugs found, since some insects require cleaner habitats.

“We’re not that far in yet with the macroinvertebrate training, but we are hoping that it will get more younger people to help us just a little,” Coker says. “Children are all about bugs.”

Coker encourages others to find groups in their community that test water quality. A highlight of volunteering, he says, is “knowing that the work is being done, and knowing that I’m making a change for the good in the environment.”