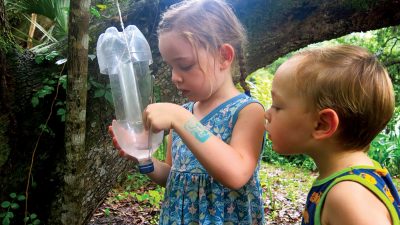 Armies of invading bark and ambrosia beetles have been marching through forests in the Southeast and spreading west, killing millions of trees. The SciStarter Backyard Bark Beetle project helps scientists understand the spread of the tiny invaders.

Project Manager Allan Gonzalez says the project is designed to raise awareness about bark beetles and their spread.

“They’re so small — about the size of the tip of a pen — that if you move firewood from one county to another, you might be helping to spread the range of an exotic beetle without even trying,” says Gonzalez. “It’s important to get people thinking about the impacts.”

Volunteers put simple traps on trees in their backyard or school yard. The trapped beetles are then sent to Gonzalez for identification. He then notifies the participants about what beetles they found and adds the information to the project website and map.

“It’s not like they send something and never hear back,” Gonzalez says. “They’ll find out what they had, and if they’re really curious, they can look into what that beetle does.”
Get involved by visiting backyardbarkbeetles.org. — By Lorelei Goff 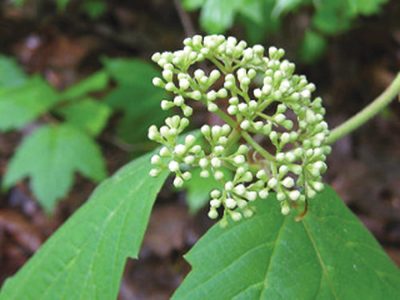 As invasive shrubs creep through Eastern forests, they compete with native species and disrupt life on the forest floor, depriving plants, insects and reptiles of sunlight by gaining their leaves earlier in spring and holding onto their foliage longer in the fall.

Researchers at Penn State designed the Shady Invaders project to observe invasive and native shrubs and learn how deciduous forest ecosystems are impacted.

Cathie Bird, a volunteer with the project in Pioneer, Tenn., observes invasive honeysuckle and multiflora rose, along with a native understory plant called mapleleaf viburnum. She wasn’t surprised by the conclusions from her observations.

“When early springs were noticed from the data, I’d already had this sense that spring was earlier,” Bird says. “But doing this work is like a check on my perceptions and feelings and I think that’s really interesting.”

One of her favorite species to observe is an understory plant called the dog-tooth violet.
“When there are no leaves, no flowers, no anything above the ground, what’s happening out of sight of people is the plants are connecting with each other in colonies — like extending little things under the soil and linking up,” Bird says. “It’s totally fascinating.”

She says becoming a citizen scientist and observing changes in the natural world has, in turn, changed her.

“I think one of the problems we have is that people are more disconnected from nature,” Bird says. “What I’ve found is this has actually connected me even more strongly. I think it’s just being right up in a thing’s face — a plant, looking at birds — and just wondering about their experience and what their life is like and what they’re seeing and what the other things around them are doing.

“It’s really broadened my relationships with other species and deepened them as well.”