Miners with black lung & families to Manchin: “We’re counting on you, Joe” 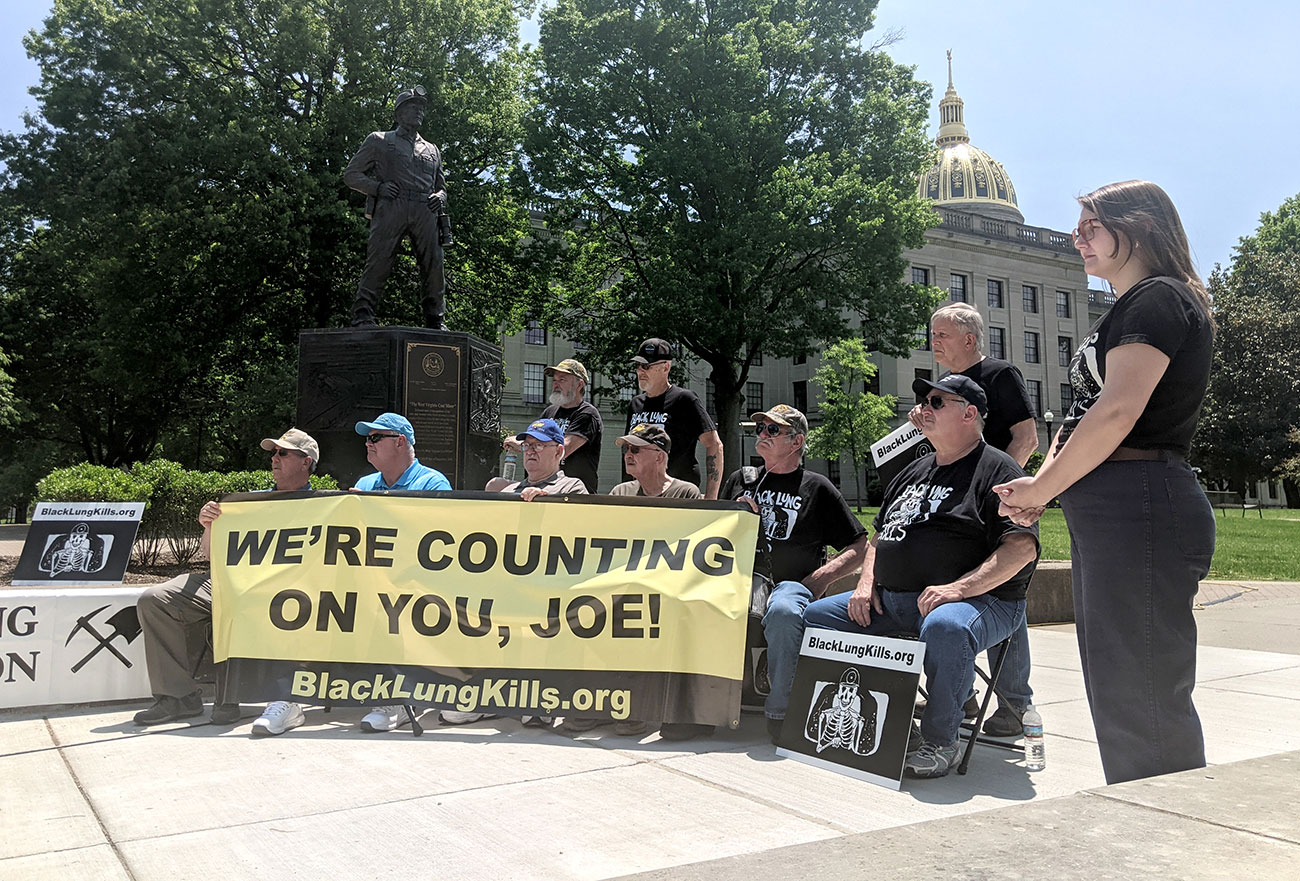 The press conference that took place on May 12, 2022. For images contact dan@appvoices.org

CHARLESTON, WV – Today, in front of the West Virginia Coal Miners Memorial in Charleston, leaders from the Black Lung Association launched a new statewide campaign urging Senator Joe Manchin to fight for a long-term extension of the black lung excise tax on coal companies. Miners with black lung and their families unveiled the “We’re Counting on You, Joe” campaign, which includes digital and radio ads airing across West Virginia featuring testimonials from former miners calling on their home state Senator to use his leading role in budget reconciliation negotiations to deliver certainty for coal miners suffering from black lung.

“We need someone working for us. We can’t fight the lobbyists, they’ve got all kinds of money. We ain’t got nothing. We need someone who is a friend of the coal miners. We work for them, but they ain’t doing nothing for us,” said Gary Hairston, National President of the Black Lung Association. “I watch Joe on TV every other day and see him going to different places, but he won’t even talk to us. He can’t even get on Zoom. He can be everywhere else but for the people who’ve been working for him.” 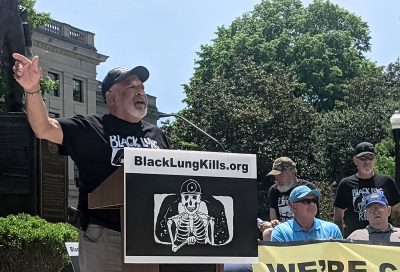 Gary Hairston, National President of the Black Lung Association, speaking at the press conference on May 12 in Charleston, West Virginia. For photo use contact dan@appvoices.org

Last year, Senator Manchin introduced the Black Lung Benefits Disability Trust Fund Act of 2021, containing a 10-year extension of the black lung excise tax, but the bill did not advance. When Congress failed to pass any extension of the Black Lung Excise Tax before the new year began, that single source of revenue for the Black Lung Disability Trust Fund (BLDTF) was cut by more than half, with the trust fund currently losing more than $2.8 million a week. The trust fund has now seen an estimated more than $53 million in debt added this year alone that will be paid by taxpayers. Currently, the BLDTF pays for medical benefits and provides a small monthly living stipend to coal miners who are disabled by black lung disease, and to their surviving dependents. Now, miners with black lung and their families are hoping Senator Manchin can use the budget reconciliation process to bring the long-term stability that Congress has failed to provide for so long.

“If Joe could help us, we would like to have this excise tax extended by 10 years. Right now, black lung is in epidemic stages. We need Joe’s help,” said Dianna Perdue, Secretary of the National Black Lung Association. “The only thing that widows get is a monthly check. My husband was in the mine for over 30 years and died from black lung. I’m still fighting for his benefits. I’m also trying to help miners get their benefits. It devastates their life. There are so many things in life that have to stop when you can’t breathe.”

“We’ve called Joe’s office twice and tried to get a meeting with Mr. Manchin. For some reason or another, he just doesn’t have the time,” said Jerry Coleman, President, Kanawha County (WV) Black Lung Association. “That’s why all the miners are worried – nobody knows what is going to happen with the trust fund. We’re counting on Joe to make sure he pushes a ten year extension.”

At least 4,423 West Virginia mining families currently receive federal black lung benefits, with over $38 million going to West Virginians in 2021. Meanwhile, coal miners are facing an epidemic as black lung disease has risen to historically unprecedented levels, hitting a 25-year high in Appalachian coal mining states. The incidence rate of black lung, a preventable disease caused by exposure to coal dust and silica on the job, has doubled nationwide since 2000. 1 in 5 veteran coal miners in Central Appalachia now have the disease. Many miners diagnosed with the disease today are younger and sicker than ever before. With more coal companies declaring bankruptcy and more miners getting sick, certainty for the Black Lung Disability Trust Fund will be needed more than ever in the years ahead.

The “We’re Counting on You, Joe” campaign kicks off with the event in Charleston and the release of a new digital ad that will run in West Virginia this month. Radio ads will also air statewide, with an emphasis in the Charleston and Beckley markets. More news about campaign developments will be shared in the weeks ahead.

Coal miners who are disabled from black lung, as well their surviving dependents, are entitled by law to modest living and medical benefits. The Black Lung Disability Trust Fund pays for these benefits in cases where the miners’ employer has gone bankrupt or where no coal company can be identified as responsible for the miner’s disease.

The trust fund is more important now than ever because a wave of bankruptcies in the coal industry has created increased pressure on the program. It is supported by a small excise tax paid by companies per ton of coal sold domestically, at a rate that was unchanged for more than three decades: $0.55/ ton of surface mined coal, and $1.10/ ton of coal mined underground.

In 2018, the excise tax was reduced and collected at less than 50% of its historic rate for the entirety of 2019, pushing the BLDTF deeper into debt. In 2019 and 2020 the higher, historic rate of the excise tax was reinstated through one-year tax extender bills, but the rate will be cut in half again at the end of this year without action from Congress. The Black Lung Disability Trust Fund Act would extend the Black Lung Excise Tax on coal sales at the current tax rates for 10 years. A 10-year extension provides longer-term security for the fund, and for the miners who depend on it compared to short-term, one year extensions.