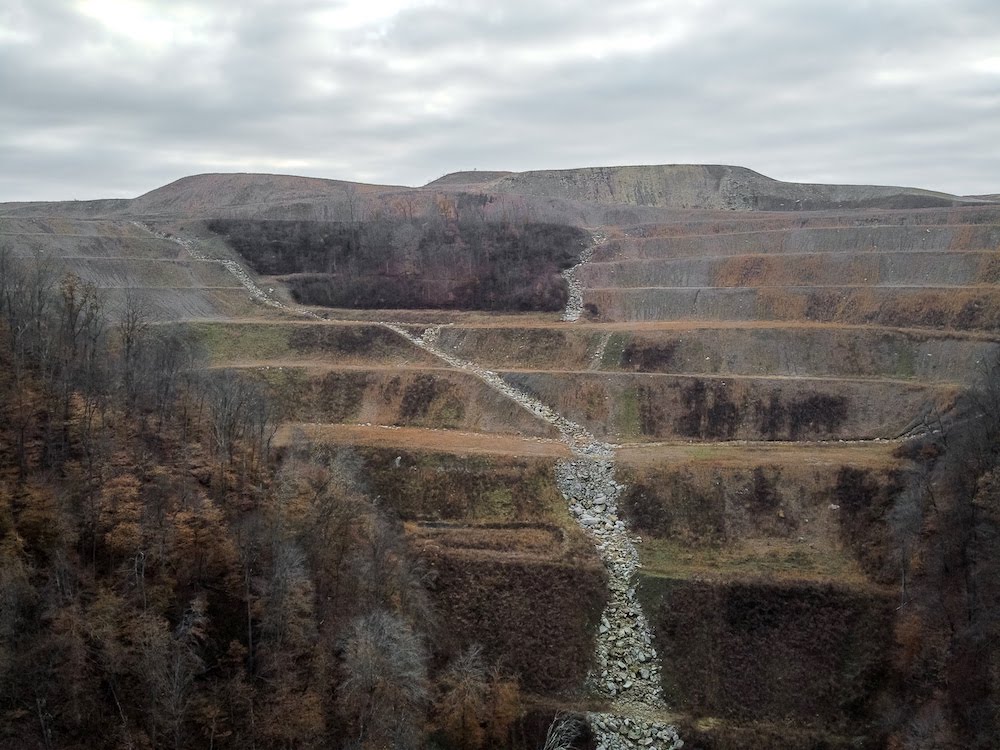 A valley fill near the Rush Creek coal mine in Kanawha County, W.Va., at a mine involved in the Blackjewel bankruptcy. Unfinished reclamation at the mine has led to extensive water pollution in nearby waterways. Photo courtesy of Kanawha Forest Coalition

A new wave of abandoned coal mines are creating problems for communities nearby.

The passage of the Surface Mining Control and Reclamation Act in 1977 was supposed to prevent coal companies from abandoning their responsibilities to clean up mine sites. The law requires coal companies to reclaim mines in a timely manner and to provide reclamation bonds, which provide regulatory agencies with money for reclamation should the coal company fail to do the necessary cleanup work.

But decades of poor enforcement of the law have led to a backlog of mine reclamation needs as well as bonding systems that do not fully ensure reclamation will be completed. This situation has only been exacerbated by several waves of coal company bankruptcies, which began in 2015.

The Biden administration has formed the Coal Communities Working Group, consisting of officials from multiple government agencies. The working group is tasked with identifying policies and resources that will help communities facing job losses due to the nation’s shift away from coal. A key component for many communities is reclamation of coal mines. While there is a federal fund to reclaim mines abandoned prior to 1977, there is no federal funding to clean up modern-era mines. But the federal Office of Surface Mining Reclamation and Enforcement could take significant steps to ensure reclamation of modern mines.

Multiple states are already facing serious problems created by coal companies neglecting their responsibility to reclaim mines. Kentucky has pursued forfeiture of 33 coal permits tangled up in the Blackjewel bankruptcy, and the state likely does not have enough bond money to clean up these mines. West Virginia has been ordered to make improvements to its bonding system, after a legislative audit determined the bonding program likely only covered 10% of outstanding costs. Virginia is still trying to ensure that A&G Coal Company reclaims 20 permits that have no financial guarantee for reclamation at all.

It’s critical that federal and state agencies use every tool at their disposal to enforce the law and hold coal companies accountable for cleaning up their damage. Ask the Coal Communities Working Group to make this a priority!