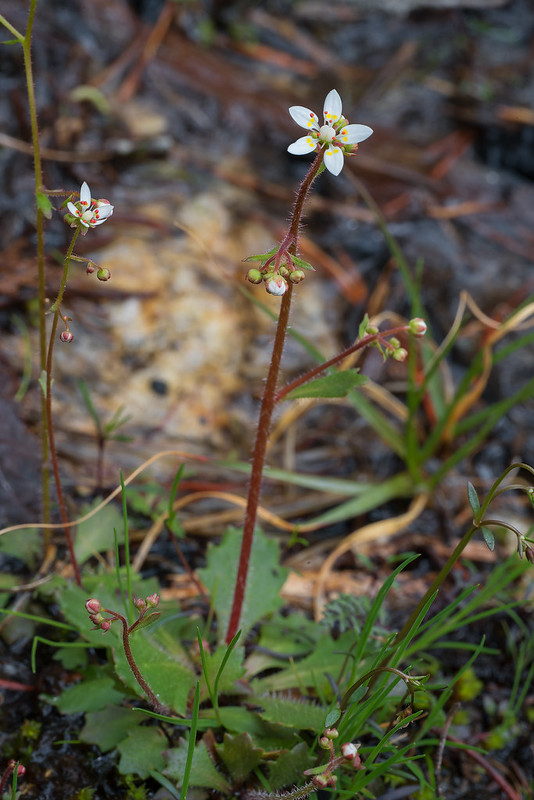 A new flower variety in the saxifrage family was discovered by researchers from Clemson University and Anderson University. In July, botanists Larry Cushman, Patrick McMillan and Vincent Richards published an article in the journal Phytotaxa to introduce the species.

The flower was named Shealy’s saxifrage for retired professor and beloved advisor Harry E. Shealy, Jr., from the University of South Carolina Aiken.

It looks like a common wildflower, with five bright white petals decorated by red and yellow poms that burst from the center. These flowers can be found growing on moss patches, or springing from granite outcrops from late winter to early spring.

The only known population is found at the Nine Times Preserve in northern Pickens County, South Carolina. This preserved site is owned and maintained by the Nature Conservancy, a nonprofit environmental organization.

“What’s neat is that in South Carolina you can see remnants of past environments,” Cushman told Anderson University News in March. Saxifrages are thought to be remnants from a time when there was more of a tundra climate found in upstate South Carolina during the last ice age. As the climate warmed, some plant populations migrated to higher elevations for a cooler environment. This resulted in a smaller, separate plant population.