West Virginia Wants Your Help to Track Turtles and Fireflies 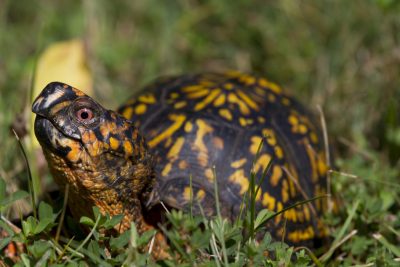 The West Virginia Division of Natural Resources has launched two citizen projects to aid in the tracking of firefly and woodland box turtle populations across the state.

Multiple long-term studies indicate that firefly populations have declined along with other insects across the globe. The International Union for Conservation of Nature’s Red List of Threatened Species ranks the eastern box turtle, of which woodland box turtles are a subspecies, as vulnerable. Despite this, a lack of quantifiable data and research leaves the extent of these species’ decline and their status in West Virginia unknown.

Mack Frantz of the firefly citizen science project and Kevin Oxenrider of the woodland box turtle citizen science project told the Bluefield Daily Telegraph that they see these projects as a good first step in the collection of data to better understand the scope of population decline to inform conservation and outreach efforts.

Frantz and Oxenrider expect the data collected from these projects to assist in future monitoring efforts, identifying population hotspots across the state and finding areas where targeted surveys may be needed.

To protect these vulnerable species, Oxenrider recommends that the public report the collecting or selling of box turtles and avoid relocating found turtles. Frantz advises reducing outdoor lighting and the frequency of lawn mowing to create more favorable conditions for fireflies.