As the Barn Burns, the House Stays Cold on Energy Efficiency 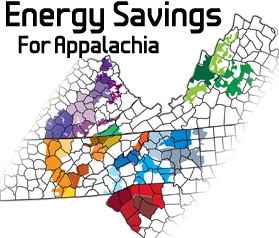 There has been much ado about energy efficiency in Congress recently, but so far there’s nothing to show for it.

On June 12, we wrote about the Rural Energy Savings Program (RESP), which could help millions of residential electricity customers across the United States access low-cost financing for improving the energy efficiency of their homes, leading to substantial savings on their electricity bills. This in turn would lower electricity costs for all residential customers while bolstering local economies and promoting the expansion of the energy services industry (read: jobs).

At the time, RESP had been passed through the U.S. Senate as part of the Senate Farm Bill, and we were awaiting the House to pass it’s own bill, which did not include RESP. The next step would be to ensure that RESP survived the conference committee where the two versions were brought together and a final Farm Bill was agreed upon between the two chambers. However, since our last post on this issue, the House failed to pass a Farm Bill at all and has now split the bill into two separate bills, complicating the whole process.

It is unclear how this split will impact the negotiation over a final Farm Bill, but as usual, it seems the House is just trying to bring down the house, so to speak. Which bodes ill for low-income residential customers trying to save money by making their house more efficient. But enough with the puns.

Fortunately, even if RESP was left out of the final Farm Bill, the U.S. Department of Agriculture will still finalize a rule by this fall creating a new Energy Efficiency and Conservation Loan Program, which will finance the development of energy efficiency programs by rural electric cooperatives. One such program could be what is known as on-bill financing, which provides low-interest loans for residential energy efficiency improvements that are repaid through the customer’s electricity bill. An on-bill financing program would have been authorized by RESP to provide loans at zero percent interest, making them more affordable and effective. And as our most recent blog post reported, these programs can be hugely successful.

So while a failure of RESP would be a bad thing, it wouldn’t be the end of the world. Nor is it the last opportunity to pass meaningful legislation that would support rural energy efficiency programs. There is one major energy efficiency bill being considered in both the Senate (S. 761, sponsored by senators Jeanne Shaheen and Rob Portman) and House (H.R. 1616, sponsored by representatives David McKinley and Peter Welch). The bill, titled the Energy Savings and Industrial Competitiveness Act, would provide for significant advances in commercial and industrial energy efficiency while also bolstering the efficiency of federal buildings.

Each of these bills would support energy efficiency for a particular sectors (e.g. non-profit, schools, residential customers) or activities currently left out of S. 761. The two key pieces of legislation that Appalachian Voices is most vocally supporting include S. 1200, the Residential Energy Savings Act, and S. 1218, the State Energy Race to the Top Initiative. These bills would provide financing for energy efficiency programs through rural electric cooperatives, among other entities.

Because of the combined broad-based approach of the bills being considered as amendments to S. 761, the Senate version of the Energy Savings and Industrial Competitiveness Act is being seen as a vehicle for advancing a comprehensive approach to energy efficiency in the U.S. And it is anticipated that the Senate will vote on S. 761 by the end of July.

However, as we have seen with many pieces of beneficial legislation over the past few years, while the Senate has moved S. 761 and the Farm Bill forward in a more or less timely fashion, the House has split the barn in half, lit the hay on fire, buried rural energy savings in the ashes and is unlikely to consider being efficient on energy efficiency until sometime this fall.

Appalachian Voices will continue to bring you updates on federal action related to energy efficiency as we work to implement on-the-ground energy solutions for rural Appalachian residents. In the meantime, don’t forget to call your legislators and let them know you want more support for energy efficiency. Also, keep an eye out for the launch of our new Energy Savings Action Center in the coming months.