Struggling to Bring Broadband to the Backroads 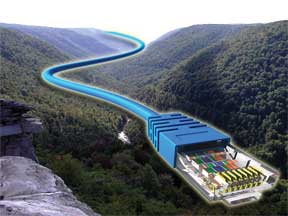 Eighth-grader Jarod Knight is having trouble with his homework.

At his school in mountainous southeast Ohio, many class projects involve using the school’s broadband internet connection. But if Knight can’t finish during class, those assignments — like a weather-tracking science project — go home with him.

That’s the trouble. Getting online is tricky in Knight’s rural community. Dial-up service is increasingly obsolete for many modern websites. Satellite internet is often unreliable. And his family lives outside the service zone of every land-based high-speed internet provider in the area.

That disparity is one reason Connect Ohio’s mission is to bring high-speed, or broadband, internet to every Ohio household. In the state’s Appalachian region, that’s a tall order. Barely half currently use broadband. In a 2011 survey, mountain residents cited many reasons shared by non-users statewide. Tight budgets. Security concerns. Lack of interest.

But one reason looked very different in the mountains. Asked why they didn’t use broadband at home, Appalachian Ohioans were nearly three times as likely to answer, “Because it’s not available.”

The problem is simple, says Connect Ohio’s executive director, Stu Johnson: broadband is like pizza. And the pizza guy won’t come that far from town.

“Imagine you want to sell thirty pizzas,” Johnson says. “What’s your best bet? [To sell pizzas to] thirty people in one apartment complex, or thirty houses spread along a five-mile stretch of road with a mean dog?”

“The carrier has to get so many dollars per mile of copper or cable or fiber in order to make a reasonable return on investment,” he explains. A far-flung population is discouraging enough. Rough topography also means that a mile between houses might actually demand three miles of cable.

A decade ago in the mountains of southwest Virginia, Jim Baldwin and the Cumberland Plateau Planning District Commission faced a similar problem. An economic development strategy team had determined that attracting high-paying jobs to Appalachian Virginia would require a modern telecommunications framework.

Waiting for companies to build that framework wasn’t going to cut it, so Baldwin’s group applied for a grant from the federal Economic Development Administration. That grant, matched by funds drawn from a legal settlement with the tobacco industry, allowed the Commission to partner with the city of Bristol and begin subsidizing broadband connections for regional businesses.

Since 2003, the project — with help from federal stimulus funds — has brought high-speed internet to nearly 500 businesses in the region, including small family shops, schools, hospitals, and large businesses like information-technology company CGI.

Baldwin credits supportive lawmakers, particularly then-Congressman Rick Boucher, with getting the ball rolling. “With very high unemployment because of the mechanization of the coal industry, he saw this as a 21st century strategy to create new opportunities,” Baldwin says.

In the southwest Virginia town of Lebanon, aerospace and defense company Northrop Grumman offers one such opportunity; it opened an IT center there largely because of an existing telecommunications infrastructure Baldwin calls “comparable to anything you’d find in northern Virginia or Silicon Valley.”

For Jarod Knight, the task at hand is schoolwork. Without a dependable connection at home, he often stays with his grandmother 40 minutes away, where broadband is available, just to get his homework done.

“I love to have Jarod stay with me,” his grandmother says. “But it’s very difficult for him when [he can’t] be at home and sleep in his own bed.”

Stu Johnson worries that technological advancements will only widen the gap for students like Knight. Companies find it more profitable to upgrade service for existing customers than extend service to new ones, meaning bandwidth for some will increase while students without broadband will be left in the dust.

Still, business is business. Johnson’s goal: to tweak the economics just enough to get rural folks their pizza, for everyone’s benefit.