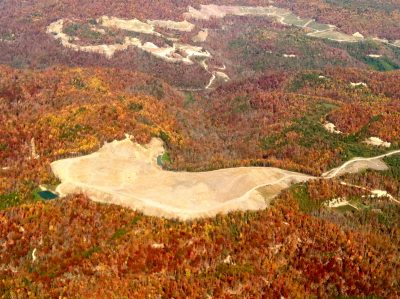 Residents of East Tennessee got some very good news earlier this month: The U.S. Department of the Interior approved the state’s 2010 petition to designate nearly 75,000 acres along ridgelines in the North Cumberland Wildlife Management Area and the Emory River Tact Conservation Easement off limits for surface coal mining.

Tennessee’s petition and the DOI’s decision recognize the economic value of tourism in the Cumberland Plateau.

“Today’s action honors Tennessee’s request to protect the Cumberland Plateau’s majestic forests, mountains and streams for future generations,” said Secretary of the Interior Sally Jewell when the news was announced.

“Secretary Jewell’s decision to approve the State of Tennessee’s petition to protect over 550 miles of ridgetops in Anderson, Campbell, Morgan and Scott counties as unsuitable for mining will help safeguard our state’s mountains without affecting mining operations in other parts of these counties or elsewhere in Tennessee,” said U.S. Senator Lamar Alexander of Tennessee. “This means these ridgetop landscapes – and the rivers, streams and forests that surround them – can continue to bring millions of tourists and thousands of jobs to Tennessee.”

DJ Coker, a resident of Campbell County who lives near the protected land agrees. “It will provide tremendous economic value for tourism and recreation for future generations,” he says.

Under then-governor Phil Bredesen, the state made its petition in accordance with the federal Surface Mining Control and Reclamation Act of 1977, which governs coal mining and the cleanup in its aftermath. Following years of review, the designation earlier this month protects a 1,200-foot-wide corridor in four counties, with a 600-foot buffer on either side of 569 miles of ridgeline.

This means that these areas are off-limits for mountaintop removal mining, in which coal companies blow the tops off mountains to access seams of coal and dump the debris into nearby valleys and streams.

It’s a huge victory for the state and for the conservation advocacy groups that have fought for years to see the petition granted. It is also a victory for the residents of these counties whose water will be protected from the pollution caused by surface mining and for the wildlife in this area, including many endangered and threatened species whose habitat is now protected.

The decision makes limited exceptions for environmentally beneficial re-mining, such as removing dangerous features from abandoned mine sites, and it does not extend to existing permits nor prohibit underground mining in this area. Still, it is without a doubt a big win!

But the fight isn’t over. Many mountain ridges, including in East Tennessee, are still vulnerable to the destructive practice of mountaintop coal removal mining.

Tonight — Tuesday, Dec. 20 — in Knoxville, Tenn., there will be a public hearing about a 1,500-acre proposed mountaintop removal surface mine in Claiborne County. The proposed Cooper Ridge mine (which is not inside the newly protected area) would negatively impact Valley Creek, Hurricane Creek and other mountain streans.

Coker, who is a member of Statewide Organizing for Community eMpowerment (SOCM) and has been involved in citizen water monitoring efforts for more than a year, plans to attend the hearing.

“The land needs someone to protect it, and I feel like it is the citizen’s right to do that. Because if we don’t protect the land, we’re not going to have any sustainability available for future generations, or for ourselves in the future for that matter,” he said.

If you want to attend the hearing in Knoxville, click here for details and directions.

If you are unable to attend the hearing but would like to submit comments, please send them to: