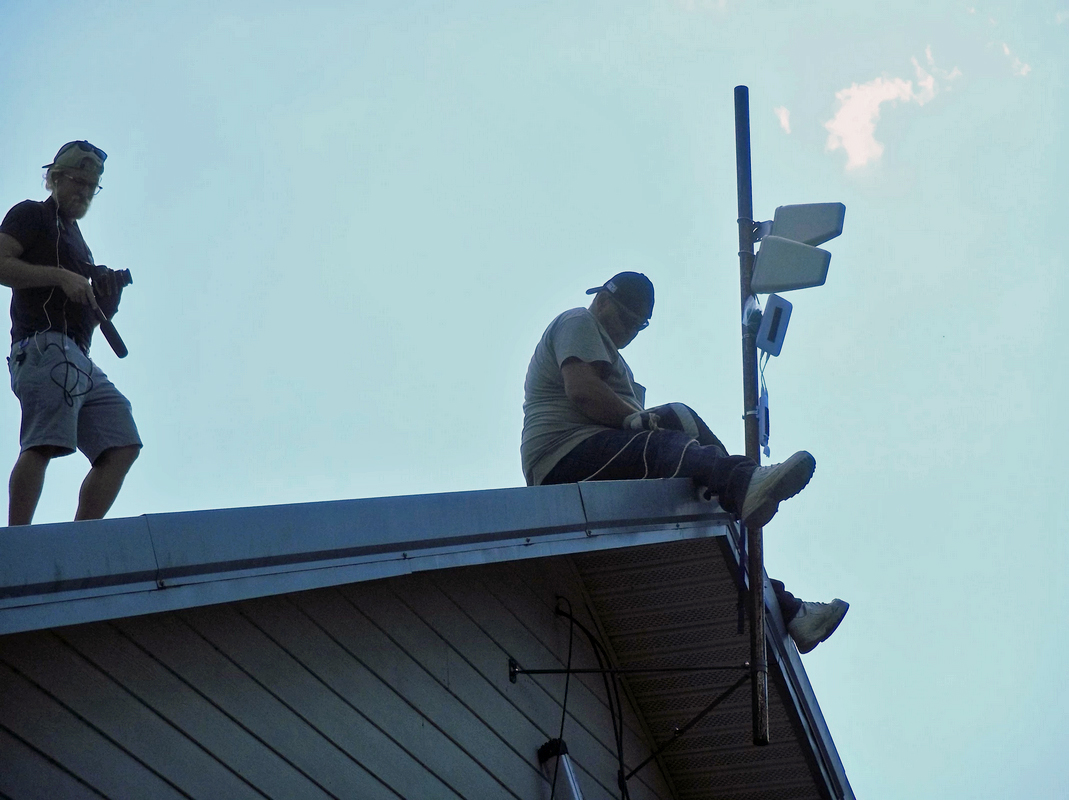 In the historic coal mining community of Clairfield, Tennessee, local group Southern Connected Communities is working to bring high-speed internet to homes that previously did not have it. The effort builds on the organization’s recent work establishing a public broadband hotspot.

SCC Project Coordinator April Jarocki states that for three years, volunteers and advocates with different organizations attended county commissioner meetings, lobbied in the state capitol and met with local cooperatives and internet providers to try and improve internet access. Finally, they decided that the best way forward was to build their own infrastructure.

In 2018, the Southern Connected Communities project won a $400,000 grant from Mozilla and the National Science Foundation to improve rural broadband access. Now, the Clearfork Community Institute in Clairfield is a public hotspot thanks to an 80-foot wireless tower that is owned and operated by local residents. 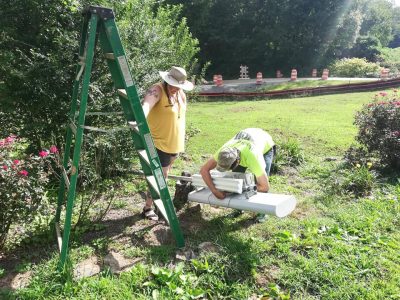 April Jarocki, left, and an engineer work on an internet antenna outside of the Clearfork Community Institute in September 2019. Photo courtesy of Southern Connected Communities

“We’ve started a cyber cafe here at the Clearfork Community Institute; it’s the only public space here at the community,” Jarocki said in a video released by SCC on Nov. 30. “We have computers and a printer for people that don’t have one. They can come learn how to use a computer, because some folks just don’t know how.”

The tower works by accessing a public broadband spectrum and redistributing the signal using line-of-sight technology. This means that the receiver must have a direct path to the connection point that is clear of obstructions like trees or hills. Although inclement weather can affect the signal, line-of-sight broadband fares much better in storms than satellite internet. The system is also much cheaper to set up than running wired fiber infrastructure into rural areas, which can cost up to $40,000 a mile, according to Jarocki.

“Before this, here at the center we had satellite [internet], which has a data limit and is not very stable,” Jarocki says. “That’s the only service provided up here in this area.”

In addition to the cyber cafe, Southern Connected Communities helped to launch a wireless hotspot lending program with the Stokely Memorial Library in Cocke County, Tennessee. Patrons can check out one of 10 laptops with a mobile hotspot to bring home. 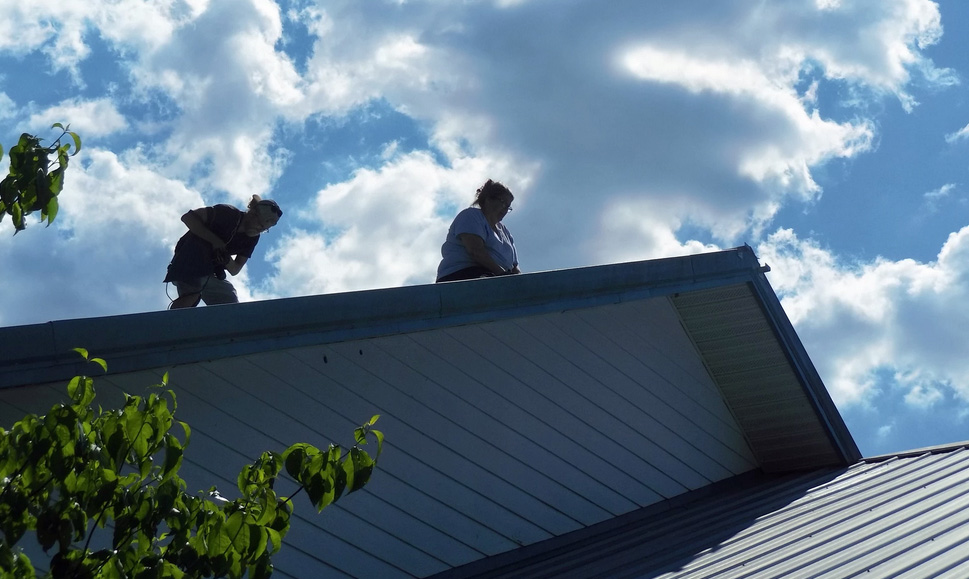 Jake Resor, left, and April Jarocki, right, stand on top of the Clearkfork Community Institute during the installation of a new internet antenna on the building in July 2020. Photo courtesy of Southern Connected Communities

In August 2020, SCC was able to connect the home of nearby resident and Clearfork Community Institute Board President Gayle Huddleston to the internet for the first time by mounting an antenna on her house that receives signal from the community center.

“Everybody needs this service,” Huddleston said in the SCC video. “There’s so many kids out here that are needing the internet and stuff for their school.” 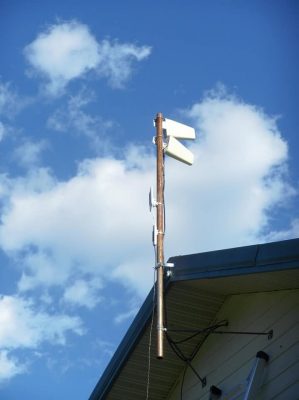 This wireless internet antenna on the Clearfork Community Institute, installed in July 2020, extends the range of CCI’s internet hotspot by an additional 528 feet. Photo courtesy of Southern Connected Communities

Jarocki estimates that around 100 people have used the services inside the cyber cafe this year. Although the COVID-19 pandemic shut down the center for several months, people still drive up to use the hotspot every day.

“On a daily basis, we have about 10 people that park along the side of the road or sit outside and use it,” says Jarocki.

Eventually, Jarocki would like SCC to be able to bring internet access straight to people’s homes and become a fully realized community-owned internet service provider. This would require additional funding and an agreement with a separate internet service provider to supply the backbone for the network. SCC is currently running a fundraising campaign to help cover the costs of bringing internet to Clairfield.

In the Nov. 30 video, Gayle Huddleston pointed out how internet access could change lives in the community.

“About the only two things that they did here was coal mining and logging,” said Huddleston. “We’ve watched the mines close, but with the internet, there’s just so much more they could do.”