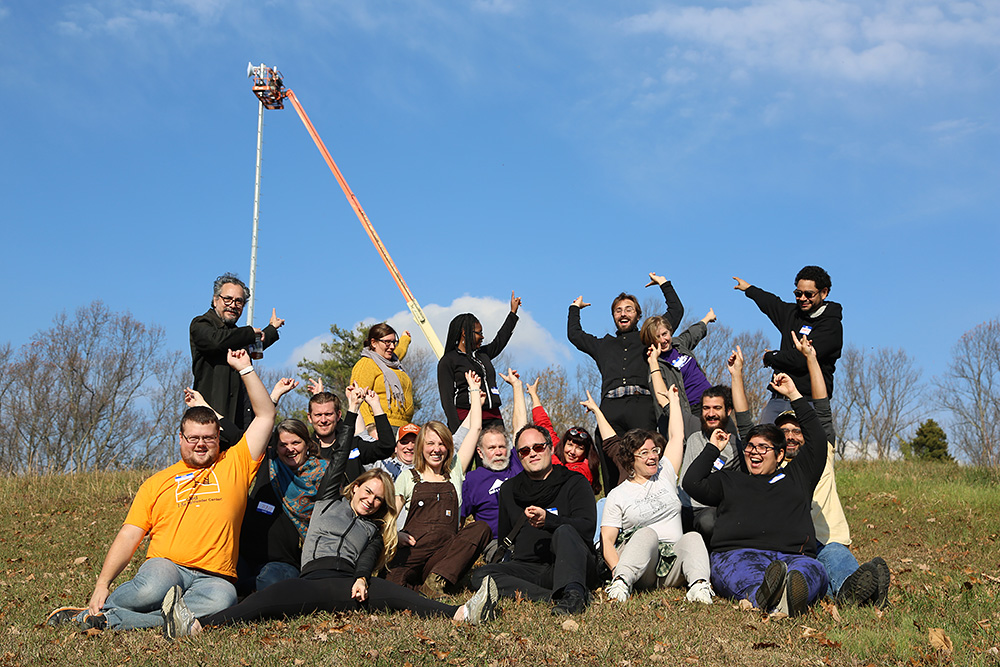 What comes to mind when someone mentions internet providers? Most people probably think of big corporations like Comcast, Verizon or Charter Communications. But in East Tennessee, the face of wireless broadband might soon be a neighbor.

SEAD is the agricultural and rural economics working group for the Community Economic Development Network of East Tennessee. SEAD organizes rural communities to explore options for self-sustainability, mainly around environmental or agriculture issues.

A year ago, the organization hatched the idea to build community-owned and operated wireless broadband in places where lack of connectivity is an obstacle to education and economic growth. SEAD partnered with the Highlander Research and Education Center in New Market, Tenn., to start a pilot program called Southern Connected Communities Project and received $30,000 from the Mozilla Foundation in February of 2018 to develop wireless broadband project ideas.

The initial phase of the program saw the completion of an 80-foot prototype tower at the Highlander center, which now serves residents within a five-kilometer radius who have a clear line-of-sight connection between their antenna and the tower.

The SCCP pilot program won an additional $400,000 through Mozilla in November of 2018 to expand the program to Clear Fork, Tenn. SCCP Co-coordinator Jamie Greig says that Clear Fork, located in Claiborne County in Northeast Tennessee, has no internet connectivity except for a couple of satellite providers.

“We’re willing to come in and make investments in broadband infrastructure in these communities,” says Greig. “This project is a part of a larger rural issue to rely less on outside influence and to develop self-sustainable practices within the community.”

SEAD will lead the Clear Fork community through a process of learning how to create economies that incorporate three principles: design it yourself, build it yourself and operate it yourself.

“We’re looking for additional funding because the idea for this project isn’t just to build this network in Clear Fork, but to use it as a base for training other communities to build networks too,” Greig says. “So outside of just getting this community network up and running, our additional funding is going to be used to expand the project to other locations and also to bring in other community residents to Clear Fork or to New Market to train them on how to do it themselves.”

According to Greig, these concepts seem to be a national trend. For the Clear Fork project, SCCP partnered with the Detroit Community Technology Project, which has built three community networks in underserved areas of Detroit under their Equitable Internet Initiative. Each of those networks serves about 50 residents.

The Detroit model combines the knowledge to build and design the network with a program that trains residents to install and operate the equipment so the networks can be sustained by the communities.

“In Detroit they’ve already done this over the course of a number of years,” Greig says. “We are their first national expansion project. They’re bringing their Equitable Internet Initiative model and partnering with us to develop that model here in Clear Fork Valley with our funding, our knowledge, our local people.”

Aside from the obvious benefit of having internet access, Greig says community-owned broadband infrastructure provides other boons, such as allowing people more control over data and who has access to their information. Locally owned internet means being able to store data instead of giving it to third parties.

Other benefits are less quantifiable but equally as important, Greig says. Socially, it brings communities together and forms bonds and trust between residents.

“It demystifies technology,” Greig says. “It’s not that complicated but we’re often told that it is. [Residents who complete the training] can teach other people that technology is something they don’t need to be intimidated by.”