Creating community-informed economies in the coalfields

Deep and meaningful community engagement lies at the heart of any successful economic development. In areas that have historically been hit by extractive industries, like far Southwest Virginia, local residents have often been excluded from any conversation surrounding the development of their home. Fortunately, with the passage of the Inflation Reduction Act, bipartisan infrastructure law and other significant investments in energy communities, we have entered a new chapter where community engagement can be prioritized in the rollout of these funds.

DHCD is inviting people who can’t make any of the in-person listening sessions to submit comments via email.

In the first half of December, the Virginia Department of Housing and Community Development held a series of four community listening sessions in Lee, Wise and Dickenson counties to guide the new state Interagency Task Force established by last year’s General Assembly.

The sessions brought together folks from all backgrounds, including local non-profit representatives, business owners, activists and elected officials, prompting a quick search for more seating at the first of two sessions in Wise. 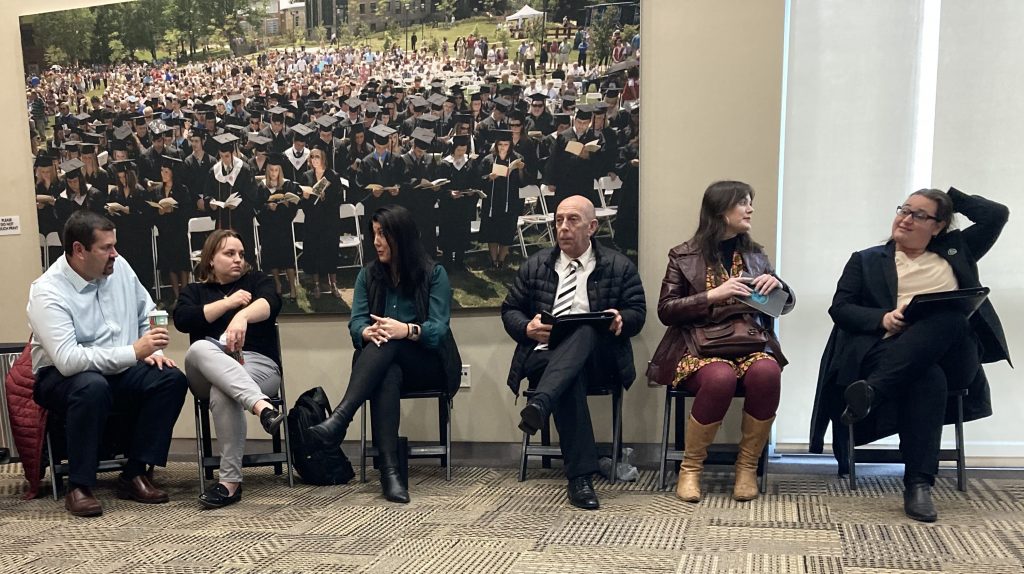 Prior to these meetings, Appalachian Voices and the Appalachian Citizens’ Law Center encouraged DHCD to focus on establishing a matching fund for downtown revitalization, expansion of the Tobacco Commission’s Talent Attraction Program, the Southwest Virginia Energy Park and support of the Energy Storage and Electrification Manufacturing project. 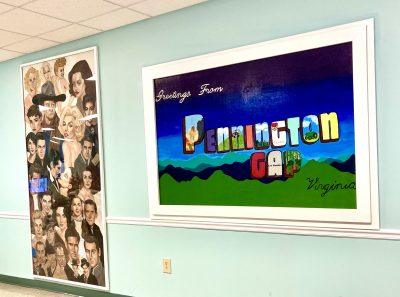 DHCD then chose four foundational issues that are interwoven with the development of the above topics, namely housing, infrastructure, business site readiness and the workforce. These topics are broad enough to be relevant and accessible to all community members, regardless of background, and are inextricably interconnected. The workforce needs housing, housing development needs infrastructure and sites, that infrastructure cannot be built without a workforce, and so on.

Although the linkages between these areas of development can make any progress seem overwhelming, the listening session process raises the exciting possibility of building new communal systems that support the workforce and create equitable opportunities for Southwest Virginians. 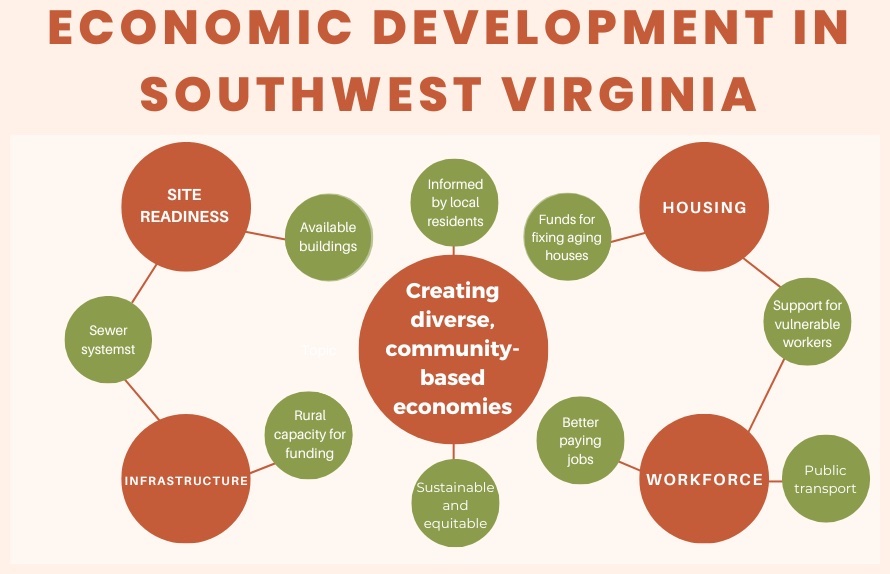 Bringing more chairs to the table

Appalachian Voices, Southern Appalachian Mountain Stewards and The Clinch Coalition will also host a series of listening sessions, with one session in each of Virginia’s seven coalfield counties.

Typically, research into community overlooks the folks who spend their daily lives in the community and instead prioritizes experts who tend to be more removed from the realities on the ground. By embracing participatory listening and research, which prioritizes those previously overlooked community members, state officials show they value local residents who are actively involved in the growth of their communities as experts on how to build these new systems. Although the agency’s community consultation is a good first step, community collaboration must be embraced throughout the process so that historically overlooked and oppressed groups can participate as empowered stakeholders.

“As we’re looking to address the concerns of the local community, it is vital to include and uplift marginalized voices … and reckon with the systemic oppression that has not been fully acknowledged and at times, been purposefully ignored,” said UVA-Wise student senator-at-large Shayleigh Cire at the second Wise listening session.

Community listening sessions like DHCD’s help to create a common space where anyone can come, learn and speak. It’s one thing to open a virtual comment portal, it’s another entirely to sit down face-to-face with the people who control the programs that shape your community and have a conversation with them.

These discussions foster accountability, add humanity to abstract regions and spark inspiration and innovation among the attendees. A common thread that emerged among a diverse set of attendees was the continued barrier that absentee- and corporate-owned lands pose for land that could be used for sustainable development and housing all over the coalfields. Another was the limited and aging housing stock in the area, prompting some residents to suggest a grant program for potential homeowners to help finance housing refurbishment.

Other opportunities for engagement

There are multiple opportunities for community engagement throughout the first half of 2023. DHCD is planning on holding another round of listening sessions in late winter or early spring. They are likely to be in early March in Virginia’s other coalfield counties: Russell, Tazewell, Scott or Buchanan. For folks who weren’t able to make the sessions, DHCD is also accepting comments via email.

Another series of listening sessions will be held by Appalachian Voices, Southern Appalachian Mountain Stewards and The Clinch Coalition. One session will be held in each coalfield county, starting with a session in Lee County on January 26 and continuing through July 2023.

This first round of listening sessions sets an exciting precedent for community engagement in Southwest Virginia moving forward. Community residents are ready and willing to show up, discuss difficult topics and put the effort into improving our region. Now, it’s vital to make sure that there is follow-through so that this community input is incorporated into the systems shaping the coalfields. As resident and entrepreneur Melissa Hubbard put it at the Lee County session, “As long as we can get some response on what our needs are, that’s where the rubber meets the road.”

Emma is our New Economy Field Coordinator. She is passionate about bringing in as many voices as possible to help build a sustainable and just future for Appalachian communities from the ground up. Emma currently lives in Lee County and loves hiking, gaming, and spending time with her husband and cat.