Guest blog: Electric co-ops need to remember the importance of affordability for their members 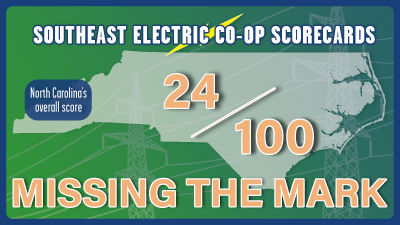 Last month, Appalachian Voices and our partners released an electric cooperative scorecard for seven states across the Southeast United States. This project highlights key areas for improvement needed at cooperatives related to governance, transparency, clean energy programs and energy burden. While these utilities should be governed by their member-owners, that is unfortunately rarely the case.

In North Carolina, we have 26 co-ops. One of those is Blue Ridge Energy, which serves parts of Watauga, Ashe, Allegheny and Caldwell counties. Compared to other co-ops in North Carolina, Blue Ridge Energy scored relatively high on the scorecard. They have democratic elections and some okay access to energy efficiency programs and solar energy, and when I’ve talked to their customers, they are generally satisfied.

But one issue that is often overlooked by Blue Ridge Energy, and many co-ops across the state, is affordability and energy burden. Energy burden simply means how much of someone’s income is going to paying an electric bill. In the U.S., an energy cost that exceeds 6% of the household income is considered a high energy burden.

Typically cooperatives serve rural areas and energy bills have a higher energy burden on these communities. Blue Ridge Energy burden for all customers is 4%, however, it jumps to 10% for low-income households. That’s a huge difference between the many customers they serve.

For this reason, Appalachian Voices wants to share a guest blog post below from a Blue Ridge customer. This post was submitted as a letter-to-the-editor to local papers within Blue Ridge Energy’s territory. 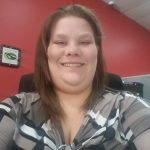 The reality of energy here in the High Country is that many simply cannot afford it. I grew up in Ashe County and have dealt with Blue Ridge Energy for many years. I come from a family that has had to depend on energy assistance in some form or fashion many times throughout the years due to low wages and high costs of living that simply do not afford a family the extra funds to cover electricity.

However, many things have changed over the years with regard to how that assistance is obtained and how often it is available. Blue Ridge Energy has a co-op principle on their website that states, “Cooperatives are democratic organizations controlled by their members, who actively participate in setting policies and making decisions.” I don’t know about you, but I have never been asked to help set policy or make decisions regarding my energy that I am paying for.

I mention all of this, with the belief that perhaps Blue Ridge Energy could work a little harder on serving its members rather than building large extravagant headquarters offices in multiple counties, paying a CEO salary of over $1 million a year, and increasing the financial burden on those already suffering financially.

Appalachian Voices released scorecards examining how electric cooperatives in North Carolina measured up across a number of areas, including governance, transparency, energy efficiency, member access to clean energy and other factors. Included in those scorecards was Blue Ridge Energy, which serves Ashe County.

One of the scores was for member services, and this included things like energy efficiency financing, community and distributed solar policy, fixed fees, medical priority, etc. They scored 19, which appears good considering only one other co-op scored higher, but I believe member services have decreased at a time when they are likely needed the most.

For example, you could use Operation Roundup energy assistance twice a year previously, but now it is only available once a year. Additionally, I know of several people who were disconnected despite having a medical condition that required they have electricity to their home. The cost of the energy itself has increased making the removal of services even more of a crunch on those that desperately need the help. Those that really need the help need to speak up and go to board meetings and make their voices heard because if not we will continue to see much needed services sacrificed without so much as a whisper of input from the members it directly affects.

Bio:
Tanya Robinson is a 37-year-old mother and wife living in Ashe County. She grew up in Ashe County, but has spent time in larger cities in Northern Virginia. She has a Bachelor’s Degree in accounting and a MBA in Finance, both from Strayer University. She is an active member of Down Home NC and the Vice Chair of the Democratic Women of Ashe County. She grew up in a poor working class family very similar to much of Ashe County and feels that people like her are often forgotten by all levels of government in the corporate dominated democratic processes. Therefore, she has a strong interest in activist journalism, transparent politics and fighting for the working class.