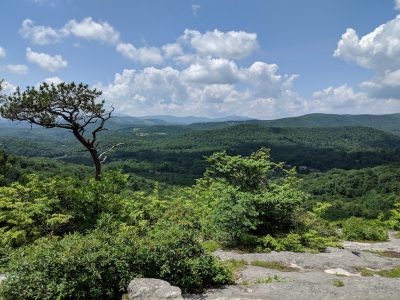 The Pisgah National Forest as seen from Flat Rock near the Blue Ridge Parkway. Photo by Kevin Ridder

An estimated 4.6 million people visit North Carolina’s Nantahala and Pisgah National Forests in North Carolina every year to hike, bike, swim, ride horseback and so much more. This fall, the U.S. Forest Service is slated to release a draft forest plan that will guide the management of the forests’ combined 1 million-plus acres for years to come.

The plan for Nantahala and Pisgah was last released in 1987 and amended in 1994. In 2012, the Obama Administration released an updated forest planning rule allowing the public to participate in the process like never before. The current planning process for Pisgah and Nantahala National Forest is one of the first to occur under this new rule. Since 2014, the Forest Service has held 42 public meetings and has received thousands of comments from individuals and also groups like the Nantahala-Pisgah Forest Partnership, a collaboration of conservationists, recreational users, timber industry representatives and more.

While members of the partnership have different specific requests for the new plan, they all share a singular vision: “a thriving, resilient forest within its natural range of variation, able to support healthy ecosystems, wildlife populations, local economies and traditional uses.”

Once the Forest Service releases the draft forest plan and draft environmental impact statement this fall, there will be a 90-day public comment period and a series of public meetings. The final plan is expected to be ready by late 2019, according to Michelle Aldridge with the Forest Service’s North Carolina division.

The Appalachian Voice interviewed Aldridge, members of the Nantahala-Pisgah Forest Partnership and other forest stakeholders to see what they expect and want from the new plan. Answers have been edited where needed for clarity and length. 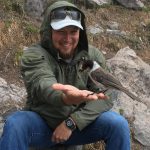 Tommy is the Tribal forest resource specialist for the Eastern Band of Cherokee Indians. He is also a Tribal member from the Bird Town Community. 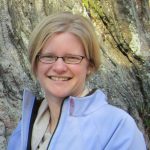 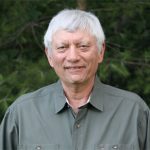 Jim is the Appalachian timber manager for Columbia Forest Products, a timber company based in North Carolina. 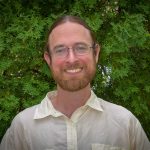 Josh is the public lands biologist for MountainTrue, a nonprofit environmental conservation organization. 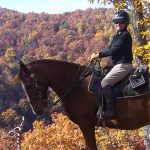 Deirdre is the national public lands representative for the Back Country Horsemen of North Carolina, a nonprofit organization that maintains horse trails. She is also co-founder of the Nantahala-Pisgah Forest Partnership. 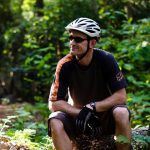 Paul is a board member of the Northwest North Carolina Mountain Bike Alliance, a nonprofit organization that promotes mountain biking. 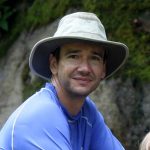 John is a wilderness advocate from Avery County, N.C. His family has been in the tourism business in the North Carolina mountains for over a century. 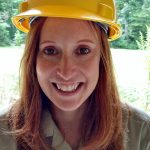 Michelle is a forest planning staff officer for the North Carolina division of the U.S. Forest Service and is working on the Nantahala-Pisgah forest plan revision.