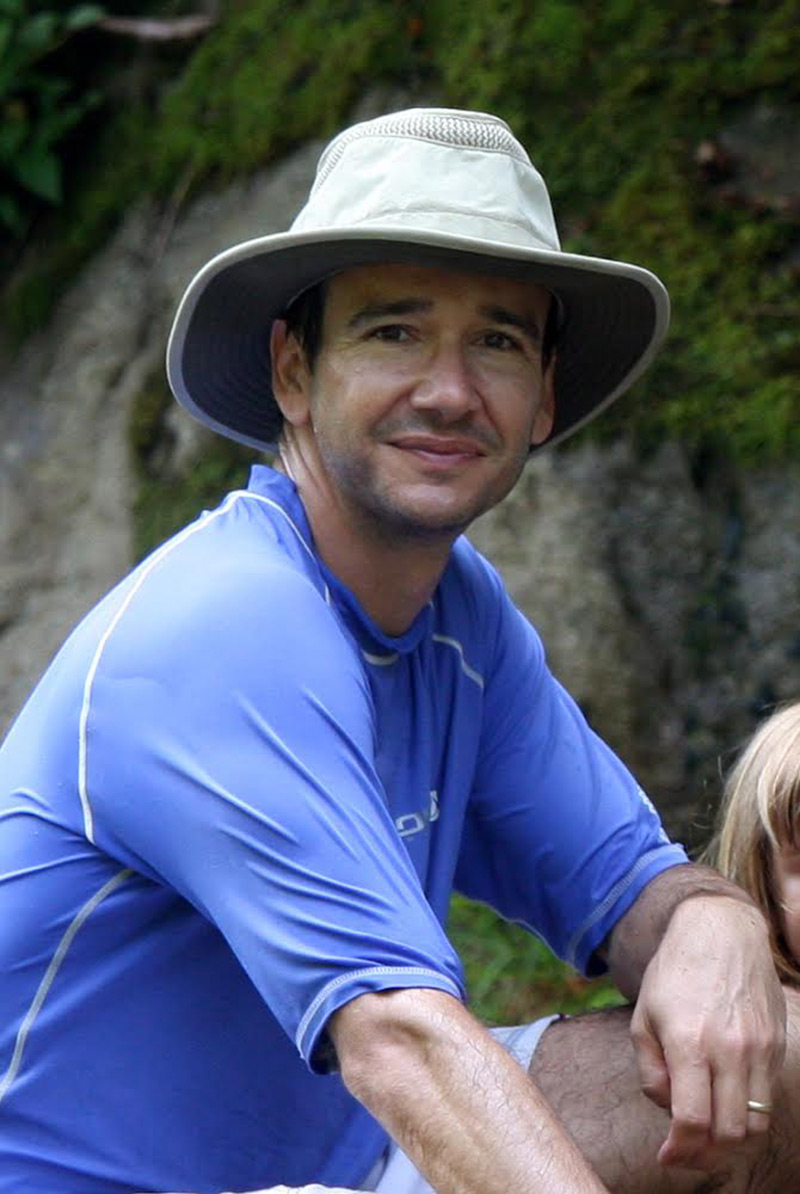 John Wilson is a wilderness advocate and documentary filmmaker from Avery County, N.C. His family has been in the tourism business in the North Carolina mountains for over a century. Answers have been edited where needed for clarity and length.

“I love hiking, swimming, fishing and doing trail work in the Grandfather District of Pisgah National Forest, especially the Harper Creek and Lost Cove Wilderness Study Areas and the Globe Forest below Blowing Rock. People I’ve introduced to these areas fall in love with them as well and keep coming back.”

“Pisgah and Nantahala National Forests contain incredible treasures, many accessible to large numbers of people in the Southeast. Every American has an equal ownership stake in these and other public lands, and I hope to see more people enjoying and protecting them.”

“I’m especially interested in seeing the wilderness qualities of North Carolina’s five Wilderness Study Areas preserved. The Harper Creek and Lost Cove [Wilderness Study Areas] contain several of the most pristine headwater streams and waterfalls in the country, all flowing into Wilson Creek, a National Wild and Scenic River. The [wilderness study areas] provide critical habitat for wildlife requiring large sanctuaries of undisturbed wilderness and are designated “Important Bird Areas” by Audubon North Carolina. The Globe Forest near Blowing Rock contains some of the last old growth in the East, with trees over 300 years old.”

“As owners of our national forests, Americans need to be involved in how they’re managed. Public participation is critical in the actual development of plans for our forests, not just reviews of completed drafts. I think the Forest Service has made genuine efforts to make this participation possible. Wilderness and [wilderness study areas] are managed to preserve wilderness qualities. [The Forest Service] has done a good job.”

“Since national forests are owned by all Americans, I hope the Forest Service will continue to balance input from local communities with that of citizens throughout the state and country.”
“The new forest plan must reflect the fact that the Pisgah-Nantahala Forest is a major recreation and tourism destination, and critically important to Western North Carolina’s economy. Logging in popular tourist areas like Pisgah’s Globe Forest below Blowing Rock, the Blue Ridge Parkway and Grandfather Mountain State Park damages visitor experiences and closes some areas to the public for months while trees are being cut.”

“I want to see all five of North Carolina’s Wilderness Study Areas (Harper Creek, Lost Cove, Craggy Mountain, Overflow and Snowbird), which have been carefully managed by the Forest Service since 1984 to preserve their wilderness characteristics, recommended to Congress for permanent wilderness designation. There are several other potential wilderness areas that I feel should be recommended as well.”

“I want to see logging only in appropriate areas of Pisgah and Nantahala, and not where recreation and tourism are clearly the primary and best uses of the forests.”

“Yes! The [Forest Service] itself has documented the economic benefits of wilderness: ‘Wilderness areas have a positive impact on local and regional economies. Counties with wilderness generally have higher income and employment growth rates. … Preserving wilderness helps to preserve a healthy economy … Recreational wilderness use has increased 10-fold in the past 40 years and more than 12 million people visit wilderness each year.’”

“Soon after signing into law the N.C. Wilderness Act of 1984, which included designations of Harper Creek, Lost Cove, Craggy Mountain, Overflow and Snowbird as Wilderness Study Areas, President Reagan said, ‘These wilderness areas will remain just as they are, places of beauty and serenity for hikers, campers, and fishermen…As Americans wander through these forests, climb these mountains, they will sense the love and majesty of the Creator of all of that.’”

How should the interests of different outdoor recreation users, wildlife conservation, the timber industry and other industries be balanced, and do you feel like your interests conflicts with other stakeholders?

“Logging and timbering in North Carolina’s five Wilderness Study Areas is prohibited under both the 2001 Roadless Rule and the N.C. Wilderness Act of 1984, so designating them as permanent wilderness would have no impact on timber harvest and related economic activity.”

“I don’t think wilderness and expanding non-wilderness recreational opportunities are mutually exclusive. Both are so important to our people and to our state’s economy. Working together, conservation and recreation advocates can accomplish much more than we can separately. That collaboration is more important than ever given the current political climate.”

“I totally understand the need and desire for more areas where mountain biking and other recreation can happen. Many of the individuals and conservation organizations that strongly support Harper Creek and Lost Cove Wilderness designations have also helped — and continue to help — expand mountain biking opportunities in the Grandfather/Wilson Creek/Globe area outside the Harper Creek and Lost Cove WSAs with strategic land acquisitions for addition to Pisgah National Forest and/or state forests and parks.”