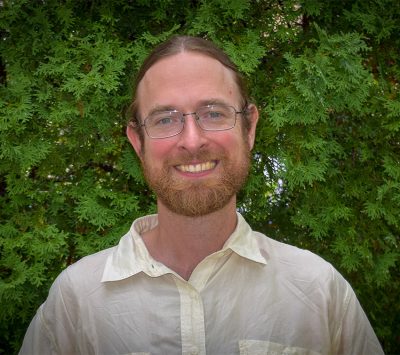 Josh Kelly is the public lands biologist for MountainTrue, a nonprofit environmental conservation organization. He is also the conservation representative for the Nantahala-Pisgah Forest Partnership, a collaborative group of conservationists, cultural interests, recreational users, timber industry representatives and more who are seeking to shape the revision of the Nantahala and Pisgah National Forests’ management plan. Answers have been edited where needed for clarity and length.

About a third of the projects seem like they do have some of those issues. About half or maybe more of the projects don’t seem to have as many issues as they used to, so I think over the past 20 to 30 years things have improved a lot in the Pisgah and Nantahala National Forests in that regard.

“It’s special to me because it’s my home forest. I also realize that it’s a really unique place. If you look at all the national forests, the Nantahala-Pisgah is probably the most biodiverse national forest. It’s got such a huge range of elevation, so much water and such complex geology and all these other factors come together to make it one of the real biodiversity hotspots of the temperate world. And as a biologist, I celebrate that everyday.”

“I have about 20 favorite places. I’ll say a place that I think is probably an underappreciated special place would be the entire county of Graham County; it’s an amazing area. I really like the wild character of that area and how little it’s changed over the years compared to other parts of the Appalachians.”

“I think that old-growth forests need better protection. Possibly up to 10 percent of the Nantahala-Pisgah is in existing old growth condition. There are places that have either recovered from a blight logging 100 ago, or never were logged. And currently, many of those places are still in the timber phase. Another thing I’d definitely point to would be the large, undeveloped areas, the places that don’t have roads, haven’t been developed, should stay that way.”

“I would love to see the Forest Service get back up to the staffing levels it had 15 years ago, so that they can better maintain the trails and keep campgrounds open and keep roads better maintained and provide the public benefits that Americans expect from national forests.”

“I’m concerned about Washington stepping in and poisoning the well with some really bad policies from the top down. I’m more worried about that than the local plan revision process. The things I’m most concerned about would be about energy development; transmission line corridors and natural gas pipelines, things like that. Potentially some mining issues as well.”

Why is the forest plan revision process important, and what advice would you give the Forest Service?

“Oh absolutely. I mean, wilderness was one of the interests in the forest designation.”

“There should be priorities set in the plan and strategies chosen that can bring all those interests together and help us work together. And a big part of that is identifying the places on the ground that are important to each of those groups.”

“No not really, only if folks have the attitude that they need to have a complete victory in the forest plan should those issues arise. I think if folks are willing to be accommodating; and
the Forest Service isn’t the only group that needs to prioritize. My group and all the other groups working on the plan need to prioritize.”

“For the most part, the timber industry has been one of the easier groups to work with in the forest plan. Most of the timber companies are very pragmatic in what they want, which is more timber harvest in Nantahala-Pisgah. Not so many ups and downs. They want more, but the main thing is consistency. And they’ve been very willing to work with other stakeholders. I haven’t really seen any conflict with the timber industry in this plan.”

CORRECTION: Oct. 9, 2018
Josh Kelly said that one of his favorite places was the entire county of Graham County, N.C., not Grant County, N.C.