Two Big Scores for Virginia Greens, but the Game is not Over 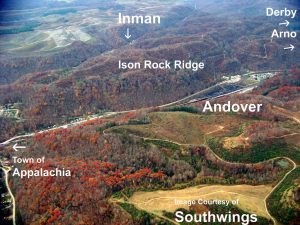 Over the past week, green groups in Virginia celebrated two victories including the denial of a permit to mine Ison Rock RIdge, one of Virginia’s most endangered mountains.

Over the course of a week, the state agency that oversees mountaintop removal mining in southwest Virginia denied a massive surface mine proposal in Wise County, and officials reviewing a huge natural gas plant recommended the application be denied because the applicant had not shown necessity in light of other options.

This week, the Virginia Department of Mines, Minerals and Energy upheld its decision to deny a permit that would have allowed A&G Coal Corporation to flatten Ison Rock Ridge near Appalachia, Va. The proposed 1,230-acre mountaintop removal mine poses a serious threat to the air and drinking water of several towns in the southwest region of the state.

Appalachian Voices and our partners have fought for years against the permit. In 2010, the outlook for Ison Rock Ridge looked bleak after the DMME granted approval of the massive mine. However, the permit’s approval was conditional and required A&G Coal Corporation to pay for or resolve numerous violations at other mines it owns. The company failed to take care of these issues over a two-year period prompting the DMME to deny the permit.

It is a huge victory for the residents of southwest Virginia and for mountain lovers everywhere. However, the decision does not close the book on the Ison Rock Ridge mine. The company has 30 days to request a full hearing and, should they fail again in that hearing, they can submit a new application for the same mine.

Much like the Ison Rock Ridge victory, there is an option for Dominion to respond to the recommendation via written comments before the final SCC hearing. If the judges agree with the examiner, Dominion will have the option to resubmit its application for the plant after it evaluates alternatives.

These victories may seem rather small, and neither is final. But they follow the introduction of several solar initiatives, a greater effort by electric utilities to work with Virginia’s environmental community and an ever-growing understanding of how destructive mountaintop removal mining is to communities in southwest Virginia.

It takes time to turn a ship, but it appears Virginians are ready for the change in course.