From the high mountains to the hills of bluegrass country, Kentucky invites visitors to experience the rich history of its culture and environment. 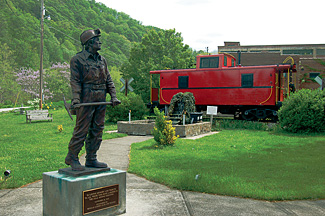 Nestled at the bottom of Black Mountain, home of the tallest point in Kentucky, are two unique historic towns, famed for once having been the site of the most productive coal mining in the world.

“Benham and Lynch are towns our forefathers had the knowledge and wisdom to protect the historic buildings,” said resident Carl Shoupe. “We’re still trying to do that.”

Recently named one of America’s 11 most endangered historic places by the National Trust for Historic Preservation, the citizens of Benham and Lynch are fighting to keep these towns from falling into the hands of coal companies Nally & Hamilton and A & G Coal Corp.

The two companies have proposed strip and auger mining projects that would threaten the health of the community and the new economy residents have been working so hard to develop. The proposed mines would be located in close proximity to the new Portal 31 Underground Mine Tour—Kentucky’s first exhibition mine site.

When the coal industry died down in Benham and Lynch, residents knew they would have to build an alternative economy, so why not use goods and services they already possessed—a unique history of mining and a town filled with historic buildings? 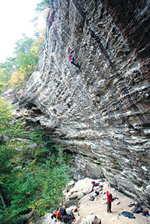 Because of its varied terrain, different environmental conditions provide habitats for a diverse selection of plants and animals. Archaeological remains as old as 13,000 years can be found in the gorge’s dry, protected rock shelters. A nine-mile stretch of the Red River is designated as Wild and Scenic, and the Gorge’s Clifty Wilderness area contains over 12,000 acres of rugged terrain preserved in its natural condition.

The Kentucky Coal Museum—built to honor and preserve the coal mining heritage—was built in the old commissary; the old white school was turned into a bed and breakfast; the old black school is now the Eastern Kentucky Social Club; the theatre has been renovated and is still in use. Many of the old buildings downtown have been renovated for use as offices for local businesses.

Benham and Lynch are unique in that they were home to model coal camps. The coal camps were so unlike typical coal camps because the companies took care of their employees.

“They provided a better life than typical coal camps,” said Roy Silver, town resident and professor. “Families had schools and good quality, still-standing houses. By the 40s here in Benham, almost half of the graduating class went on to first year of college. That is really important.” 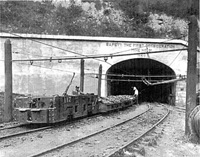 Almost two years ago, the Portal 31 Underground Mine Tour was built. Visitors adorn traditional mining gear, step into a rail car and begin a tour of Black Mountain. Railcars enter underground and travel the mine as they learn the history of three generations of an immigrant family working in the mines.

Portal 31 is less than 500 feet below one of the newly proposed mine sites, located on Looney Ridge, near the lower half of Black Mountain. If the proposals pass, the Looney Creek, which merges with the Cumberland and eventually flows into the Mississippi, would be threatened by toxic and heavy metal pollution as a result of mining.

“You have a strong, deep mining tradition here,” said Silver. “People are very aware of what strip mining does. The governor came to visit and he was impressed with the residents and got a better idea of people’s concerns.”

Residents have filed a Lands Unsuitable for Mining petition, in an attempt to stop the mining. Residents and local organizations also requested a review of permitting from the EPA. To keep up to date with these actions, please visit: kftc.org.

Mother Forest of the United States

More than 480 million years ago, the great Appalachian Mountains were born during the continental collision that created Pangea, the “super-continent.” The Appalachians rose to an elevation higher than the modern day Himalayas, and at their present state have lost more than three miles of vertical height over millions of years of natural weathering and erosion. 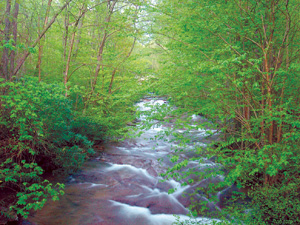 During this topographical transformation, an incredible forest evolved and would go on to cover nearly the entirety of Pangea. Its relics remain today in the mixed mesophytic forest, now found only in Appalachia and small swaths of southeastern Asia.

Spanning over 70,000 square kilometers—an area roughly the size of South Dakota—the American range of the mixed mesophytic forest runs along the Appalachian plateau from eastern Pennsylvania, through southeastern Ohio, and encompasses nearly the entirety of West Virginia, through the Cumberland Plateau in Kentucky and Tennessee and into central Alabama.

The states in this eco-region thrive off of the multitude of travelers and tourists who visit this region for its sublime beauty. Dr. Harvard Ayers, naturalist, professor and founder of Appalachian Voices, calls this the “mother forest” for much of the United States. During the last ice age, glacial activity destroyed enormous swaths of northern forest. When the glaciers retreated, the mixed mesophytic forest played a critical role in re-seeding the rest of the eastern United States.

“Its diversity defines it,” says Ayers. The region houses more than 200 species of birds, over 70 species of mammals and contains the highest salamander variety of any place on the planet.

Famous globally for diversity, the highly evolved mixed mesophytic forests contain thousands of botanical species—as many as 30 different canopy trees can be found at a single site.

Some of the most common species are the oaks (Chestnut, White, Northern Red) and hickories (Mockernut, Bitternut, Pignut, Shagbark), along with numerous hemlocks, locusts, maples, elms, cherry, beech and buckeye. Species that are endemic to the mixed mesophytic region include the Allegheny plum and the Black mountain salamander.

In the past 100 years, developments in the mixed mesophytic woods include the disappearance of a once dominant patron—the American Chestnut— due to blight. But other dangers now face the rest of this ancient forest, which is listed as critically threatened. About 95 percent of the original habitat has been lost or altered in recent centuries, and the forest faces increasing threats of habitat loss, fragmentation and destruction associated with logging, development and surface mining.

“Various types of air pollution are also a huge threat,” said Dr. Ayers. “[It] weakens the trees, making them more susceptible to blight and disease, without necessarily killing them. It’s a lot like human AIDS.”

A forest under such duress will have little chance to achieve its old growth climax state.
Just a few of the places in Kentucky where you can enjoy this living history include the Daniel Boone National Forest, Cumberland Gap, Pine Mountain in Letcher County and the Blanton Forest in Harlan County. 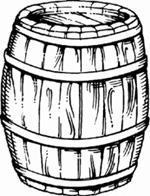 One of Kentucky’s more popular trails isn’t geared for the outdoorsy types. For those who are less enthusiastic about hiking, the Bourbon Trail offers a look at the inner workings of six of Kentucky’s bourbon distilleries. The distilleries are within 70 miles of each other and can be seen in two days by a motivated visitor. Samples are available for visitors over 21 and gift shops sell each distillery’s product, though Kentucky law prohibits visitors from purchasing more than three liters of bourbon per gift shop per day. Getting your Bourbon Trail Passport stamped at each of the six distilleries earns a free official Bourbon Trail t-shirt.
Visit: kybourbontrail.com.