Over the past decade, natural gas has exploded on the American energy market as a supposed “bridge” fuel to transition the economy from dirty coal to cleaner sources of electric generation. But gas is far from clean, and the dire environmental and human costs of the boom grow more apparent by the day.

Gas production jumped 34% between 2005 and 2015, due in large measure to rapid growth in a drilling method called horizontal hydraulic fracturing, or “fracking.” In 2015, it provided more electricity than coal for the first time. In the last several years, thousands of miles of pipelines have been proposed in the mid-Atlantic region to siphon the fracked gas out of the Marcellus and Utica shale regions to supply the surge in new gas-fired power plants also being proposed.

Studies show that investments in renewable energy and energy efficiency are on par with, or sometimes more affordable than, building new gas infrastructure. Yet the industry’s rush to build gas infrastructure puts most of the financial risk on ratepayers and threatens to derail the growing movement to shift the United States to cleaner, more sustainable energy sources.

Appalachian Voices is working with citizens, community groups and state and national organizations to raise these concerns, oppose the expansion of fracking and gas infrastructure in our region, and continue advocating for swift and significant investments in clean energy. 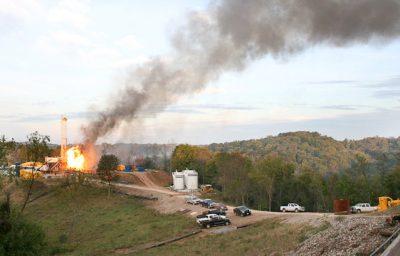 A detailed look at fracked natural gas and its detrimental impacts on Appalachia. MORE 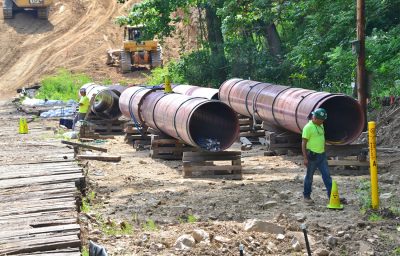 The proposed 600-mile fracked-gas pipeline, through W.Va., Va. and N.C., would worsen climate change and is not needed. MORE 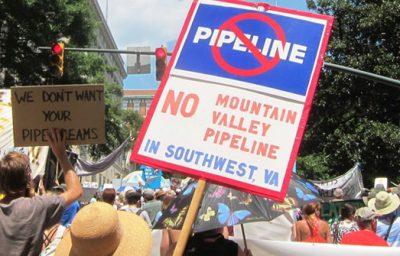 The 300-mile gas pipeline proposed in W.Va. and Va. would harm farms and forests, and is not needed. MORE