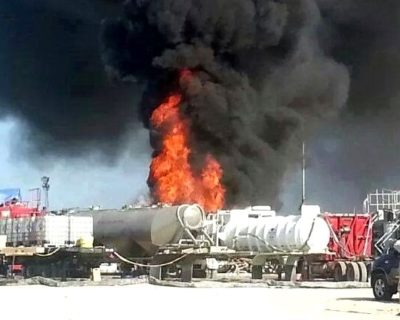 The natural gas industry would like us to think that their product is a “bridge fuel.” They propose that gas is a less-polluting alternative to coal or oil, and is cheaper than renewables such as solar and wind. Gas, they say, spans the gap between a polluting past and a clean-energy future.

But this is a false narrative. Natural gas is as dangerous for the environment as other fossil fuels, and solar and wind are cheaper than other sources for bulk energy production.

Judy Armstrong Stiles’ experiences with natural gas extraction bear witness to the painful toll that the industry takes.
She had an idyllic life with her family, residing in what she called her “Garden of Eden” in the mountains of northern Pennsylvania. In a personal history recounted for Shalefield Stories, Stiles recalls how Chesapeake Energy came to town about a decade ago, taking gas from the ground and the good health from her family.

The company offered Stiles “promises of clean energy” and “fair leases on land.” But shortly after drilling began on property the family leased to the Chesapeake, Judy, her husband, Carl, and her daughter, Angelina fell ill. Their memories began to fail, and they suffered from chronic malaise.

Tests showed that the family’s water contained dangerous levels of lead, methane, propane, ethane, ethene, barium, magnesium, strontium, and arsenic. Stiles had barium and arsenic in her blood. Later, radon was found in the air, and radium and uranium were found in the water.

As a result, Stiles’ family left their Eden, but they could not escape their illnesses. Stiles’ daughter began to have seizures, and learned that she had developed lead poisoning — all while pregnant. Carl fell victim to cancer in 2011, “and had his intestines removed.”

Unable to cope with continued mental impairment, which only worsened over time, Carl took his life.

A bridge to nowhere

The industry’s claim that natural gas is “clean” or a “bridge fuel” is derived solely from the fact that burning gas emits less greenhouse gases than burning coal or oil. But combustion is only a part of the overall picture. They purposefully disregard the tremendous “upstream” impacts of drilling and transporting natural gas which are anything but benign – not for human health, as the Stiles’ family story proves, nor for the climate.

“Once we cross the 1.5 degrees [Celsius] line, the Four Horsemen of the Apocalypse polish off their martinis, look at each other, and say, ‘It’s go time.’” Climate Reality Project

First, some background. Scientists agree that if the Earth’s average temperature rises by more than 1.5° Celsius, damage to the climate will be severe. As warming reaches 2°C or higher, the effects will be catastrophic. In the words of the Climate Reality Project, “once we cross the 1.5 degrees line, the Four Horsemen of the Apocalypse polish off their martinis, look at each other, and say, ‘It’s go time.’”

These thresholds, 1.5°C and 2°C, are known as the carbon budget. They are the goals set by the 2015 Paris Accords. In Paris, 195 countries, including the United States, agreed to keep warming below 2°C, and ideally no higher than 1.5°C.

Experts say that if the currently operational and under-construction oil, coal, and natural gas reserves are burned, then the 2°C carbon budget would be spent.

Given such a dire situation, Oil Change International makes clear that the climate cannot afford a fossil fuel bridge.

The global warming limits may be informally called a “carbon budget,” but carbon dioxide isn’t the only gas that traps heat. The Oil Change report’s authors write that methane, the primary gas in natural gas, has a warming effect 87 times greater than carbon dioxide over a 20-year period. Over a century, the effect is almost 40 times greater.

Notably, the increase in methane in the atmosphere over the last decade “corresponds very closely to the growth in” fracking in the U.S.

The supply chain for natural gas is notoriously leaky. After studying over 700 varied natural gas facilities, researchers at Colorado State University found that 2.3 percent of extracted methane escapes into the atmosphere. A tiny amount of methane leakage alone wipes away any environmental benefit that gas provides over coal.

And even if methane leakage is kept to a minimum, burning existing natural gas reserves will contribute to exceeding warming limits, imperiling the climate.

Ominously, construction of natural gas infrastructure is rising in the U.S. under an administration that insists on rolling back regulatory safeguards.

The damage done by this new, less-regulated infrastructure multiplies when taking into account the “carbon lock-in effect” described in Oil Change’s report. The gas industry wants to make as much profit as possible on its investments, so new fossil fuel infrastructure locks in associated carbon- and methane-intensive exploitation. Natural gas corporations may pay lip service to being a bridge to renewable energy, but will the industry let go of their billion-dollar investments as renewables become increasingly competitive? Unlikely.

New kids on the block

This competition is ramping up.

Bloomberg New Energy Finance, a division Bloomberg L.P., reported in 2018 that the changing of the guard is well under way. As the capital costs of renewable energy fall, argues the firm’s chief energy economist, “the economic case for building new coal and gas is crumbling.” 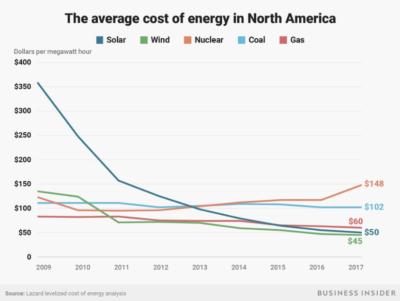 Yet, despite the economic and environmental reality, the natural gas industry still insists that it plays a role in a more sustainable energy future. A jargon-filled press release issued last month by the Interstate Natural Gas Association of America (INGAA) argued that natural gas is vital for meeting “low-carbon goals” in the U.S. over the next 20 years. (The Trump administration, which recently rebranded natural gas as “freedom gas,” has made the fuel a centerpiece of its energy agenda. The administration hopes to increase natural gas exports, pitching it as clean energy.)

The INGAA repeats a common claim: solar and wind are “intermittent,” and natural gas plants will satisfy the “need for flexible, nimble, fast ramp-up generation.” The argument is that sometimes the wind doesn’t blow and the sun doesn’t shine, so renewables cannot always meet changes in energy demand, particularly during peak periods.

However, new six- and eight hour- batteries available today, which can be attached to renewable systems, “can address 74 percent and 90 percent of peaking demand, respectively,” according to Oil Change. And these batteries are only expected to get cheaper and better, while fossil fuels have either barely decreased in cost, or have in some cases become more expensive.

In the face of environmental needs and changing economic winds, the rationale for continued fossil fuel investment is quickly waning. Wind and solar provide the cheapest energy in nearly every major nation, and natural gas production will only pull the Earth closer to climate disaster.

Those who suffer from ill health due to fracking pollution, as well as the environmental scars left by fracking, challenge the INGAA’s assertion that natural gas is “safe, efficient, and environmentally responsible.” 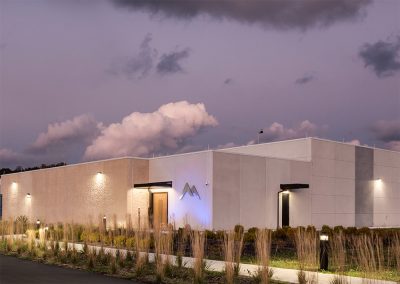 Progress towards sustainable energy generation is underway in a region quintessentially associated with fossil fuels.

Much of Southwest Virginia was built on coal mining, which continues its final decline. Yet in its shadow, the future is under construction. A 3.5 megawatt solar farm will be installed atop a former coal mine in Wise County, no natural gas bridge needed. Construction will begin this fall, and the array will power the Mineral Gap Data Center.

This may be a small step, but it opens the door to the future installation of more renewable energy in post-coal communities. The Wise County project brings land polluted by the coal industry back into productive use. And as renewables continue to overtake fossil fuels, the environment will no longer be subordinate to our need for energy.