Collaborative efforts to bring solar to businesses, homes, schools and an abandoned mine move forward 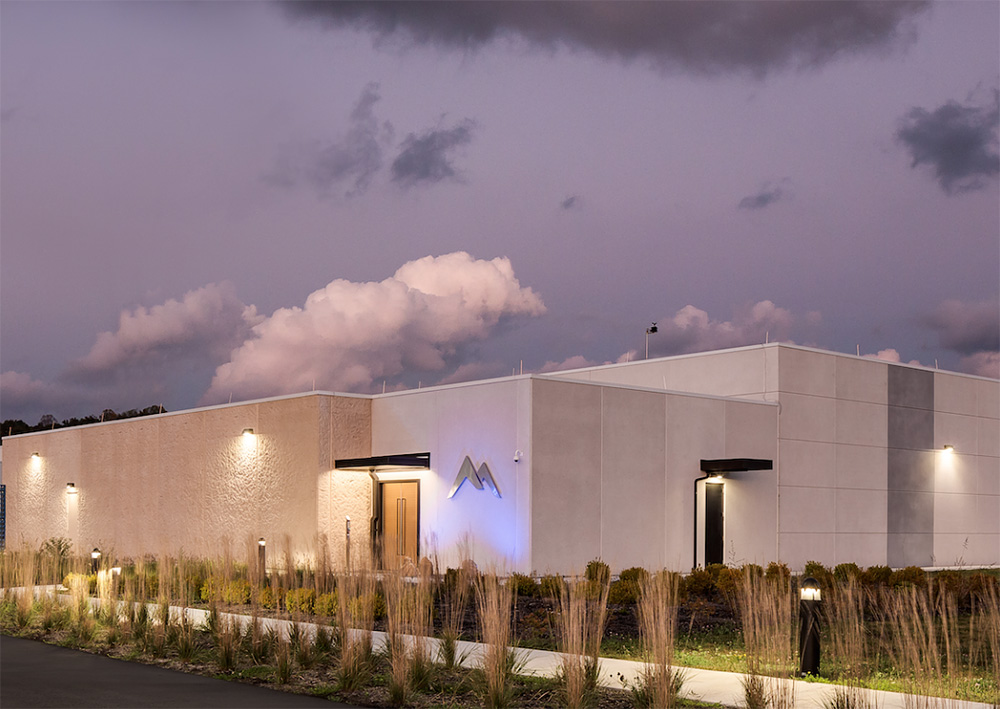 Southwest Virginia could soon have its first large-scale solar farm. Better yet, the 3.5-megawatt project is slated to be built on a former Wise County coal mine.

The solar array would help power the Mineral Gap Data Center, a 65,000 square-foot facility that handles critical government information. A $500,000 federal grant pending approval from the U.S. Office of Surface Mining Reclamation and Enforcement would fund the project, and Sun Tribe Solar, based in Charlottesville, Va., would install the panels.

The funds are part of a $10 million grant from the agency’s abandoned mine land pilot program to the Virginia Department of Mines, Minerals and Energy to reclaim old mine lands in Southwest Virginia. Appalachian Voices, an environmental nonprofit organization and publisher of this newspaper, helped organize the collaborative grant application. If approved by the the federal surface mining agency, developers expect construction to start this summer or fall and be complete by December.

“Powering Mineral Gap Data Centers with clean energy was a goal of ours from the very beginning,” wrote Mineral Gap spokesperson Marc Silverstein in an email. “In fact, we built Mineral Gap’s infrastructure so we could easily introduce renewable energy into the site.”

The March announcement of the Mineral Gap installation is the latest in a string of solar projects and initiatives in Southwest Virginia. In eight municipalities, local leaders are working to turn their communities into solar hotspots through the federally funded SolSmart program. Local governments work with SolSmart advisors to make sure their policies are solar-friendly, with the intent of attracting potential businesses. This effort was spurred largely by the Solar Workgroup of Southwest Virginia, a group consisting of several governmental, educational and nonprofit entities and co-convened by Appalachian Voices, UVa-Wise and community action agency People, Inc. 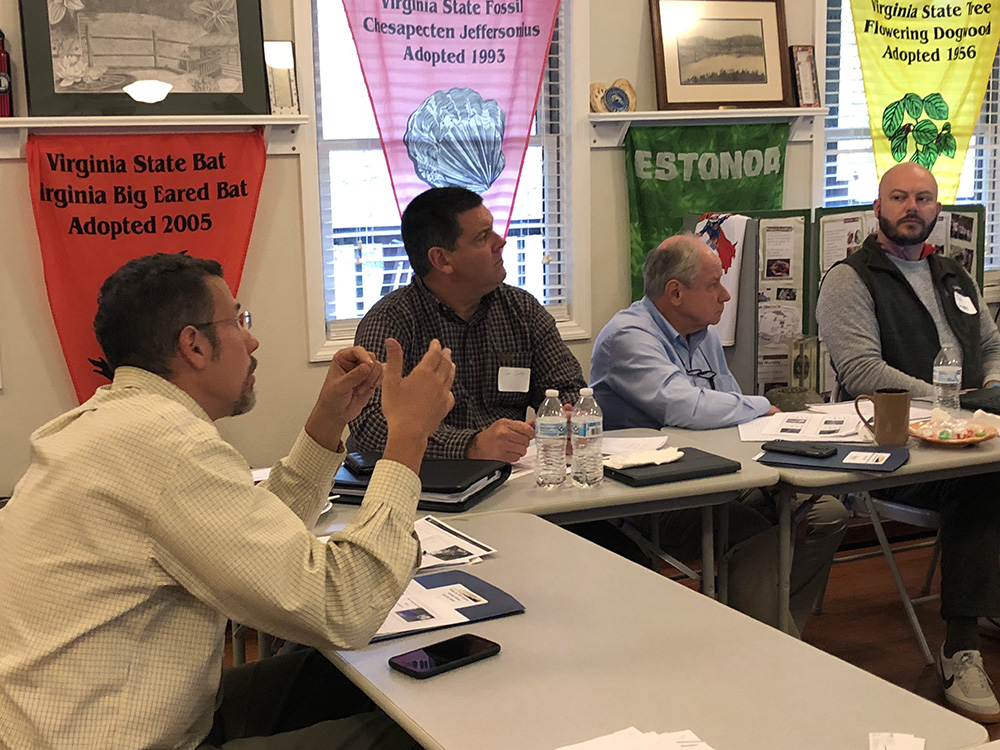 Members of the Solar Workgroup of Southwest Virginia interview solar developers in 2018 for the chance to install the workgroup’s planned 1.5 megawatts of solar arrays across six sites in the region. Photo by Christine Gyovai

The Mineral Gap array has been years in the making. Appalachian Voices co-authored a report in 2016 that profiled the project concept, and a solar developer unsuccessfully attempted to develop the site in 2017. Then, three weeks before the Oct. 31, 2018, deadline to submit proposals to the Virginia DMME for a grant through the abandoned mine lands pilot program, Sun Tribe Solar contacted Adam Wells, Appalachian Voices’ regional director of community and economic development.


“In spite of the almost impossible timeline of just three weeks, we decided it was worth at least getting a proposal turned in to DMME, with the worst case scenario being that we get the partnership together and try again in 2019,” says Wells. “By some miracle, we were able to pull together the data center and county leadership, all of whom recognized the opportunity and wanted to make a push. A big part of that miracle was the support from the county and a lot of energy from Downstream Strategies, who provided critical capacity and technical assistance for the proposal.”

The project is expected to create 26 temporary jobs and bring approximately $1 million to the local economy over the array’s 35-year lifespan.

“The goal is really to build an ecosystem where this workforce is going to be able to support future projects,” says Sun Tribe Solar’s Chief Technical Officer Taylor Brown. “Being that this is one of the first larger scale projects of its kind, I think it’s a huge building block for the region to build up this workforce.”

According to Brown, Sun Tribe hopes to work with local universities and community colleges to set up workforce development programs.

“We don’t have the exact blueprint worked out yet, but we look forward to working with them to try to incorporate some hands-on curriculum,” says Brown.

Marc Silverstein states that with these new efforts to bring solar to the region, Virginia will be able to hold onto its historic identity as an energy-producing state.

“We see this project as a single stepping stone toward transforming the state of Virginia into a green energy-based economy,” wrote Silverstein. “Our hope is that this pilot project will be replicated across Southwest Virginia and grow into a huge economic benefit for the region and for the entire Commonwealth.” 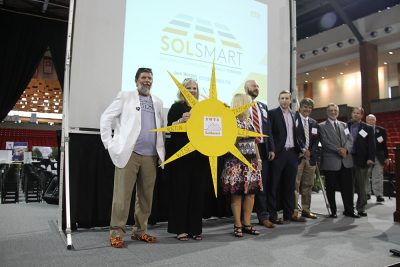 “You are providing more streamlined ordinances, regulations, engagement with citizens in order to promote the use of solar energy within that applicant’s jurisdiction,” says Hearl. “There’s both an internal promotional value to it for the citizens within the area and also an external economic development component that helps to recruit businesses into that jurisdiction because the community has gone through the process to promote renewable energy.”

SolSmart is headed by The Solar Foundation, a nonprofit solar advocacy group, and funded by the U.S. Department of Energy. More than 300 communities across the country have applied for or achieved a SolSmart designation. Southwest Virginia’s Lee, Wise, Dickenson, Russell and Tazewell counties are pursuing SolSmart designations, as well as the Town of St. Paul and the City of Norton. In June 2018, the Department of Energy awarded the cohort of communities a grant for Hearl to work as a technical advisor.

Norton, Va., City Manager Fred Ramey states that his city decided to pursue SolSmart to make sure that Norton does not have anything standing in the way of new solar projects.

“We’re not aware of any [barriers to solar] that we have at this point, but we’re hoping the process will lead us through that to just ensure that that’s the case,” says Ramey. “I think it’s going to help us be in a position to learn best practices from other communities that have already gone through this process.”

“What we’re about is helping our citizens and businesses,” he adds. “And if having more solar projects is a benefit to them, we want to make sure that we’re a help in part of that process.”

According to James Schroll, a SolSmart project manager for The Solar Foundation, one of the most common barriers on the part of local governments is a lack of transparency about the process for a home- or business-owner to install solar panels on their property.

“Another one is that a lot of communities haven’t really thought through the planning and zoning aspects for solar,” says Schroll. “They haven’t really thought through where they might want to allow it or not allow it, so there’s not really a regulatory framework on the zoning side for that. Communities can run into some issues, and there have been some communities that are getting sued by residents because they didn’t like that a neighbor installed solar.”

St. Paul, Va., Councilman Josh Sawyers explains that when the town looked into their ordinances regarding solar, they found a blank slate.

“Most of our ordinances have not addressed solar in any fashion,” says Sawyers. “So that’s something that we’re looking to do is to be proactive on that.”

“We’ve learned a whole lot during the process of how to work with our power provider in the area with the solar projects,” he adds. “I think just the benefit of doing that is going to make it a little bit easier for our residents to put it on their homes.”

James Schroll states that going through the SolSmart application process will help Southwest Virginia communities figure out how to respond to potential developers interested in building large-scale solar farms. He points to a need for balance between bringing in new industry and maintaining the area’s agricultural land and rural character.

According to Schroll, solar farms on areas with previous construction and former mine lands could be a sound solution.

“It could be a good use for a site like that that may require a fair amount of mitigation if it were to be used for a more occupied space,” says Schroll.

“Putting a solar farm there is a potential use that will help the area and generate jobs on land that otherwise would not be productive,” says Hatfield.

The regional push for SolSmart designation was spurred largely by the efforts of the Solar Workgroup of Southwest Virginia. The coalition recently completed a call for bids on a 1.5-megawatt commercial-scale solar project that is spread across six Southwest Virginia sites ranging from high schools to a low-income apartment complex. 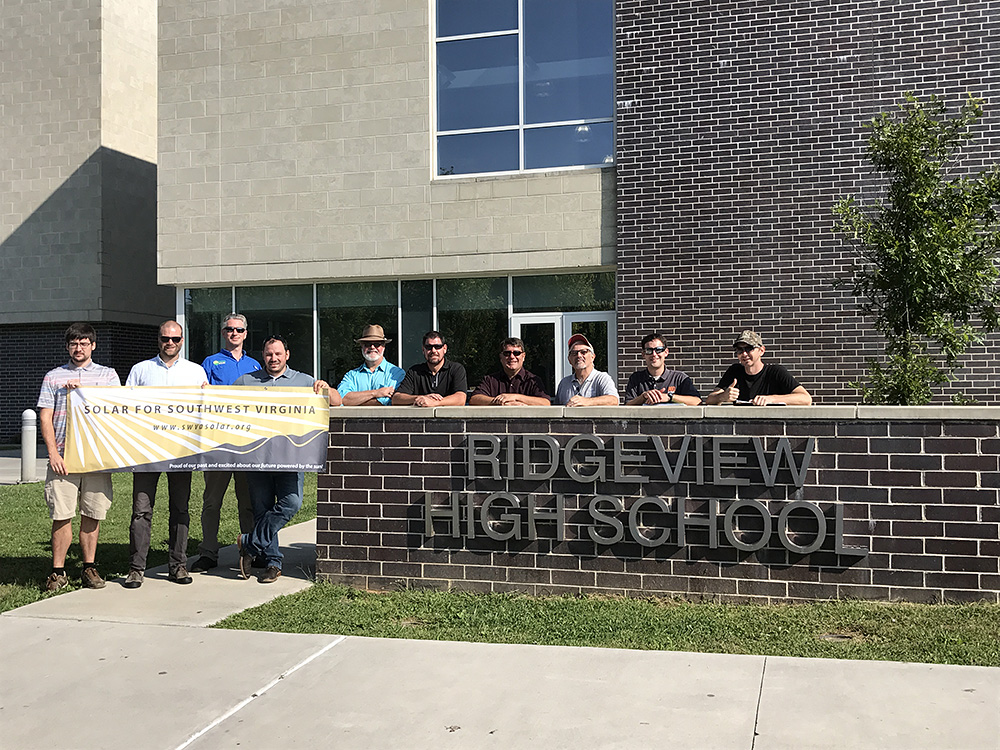 “The idea of a commercial-scale solar group purchase program is to aggregate different business owners, schools and nonprofits in a group purchase,” says Appalachian Voices’ New Economy Program Manager Chelsea Barnes. “Basically, by aggregating these projects together, we’re able to negotiate a lower price with the solar developer because we’re bringing them a larger project rather than just one smaller project. It also helps walk people through the process so that they can learn from their peers and not feel like they’re the first person to be doing this.”

Contracts from the first bids between the owners of the six sites and the solar developer are currently under negotiation. The workgroup will release a second commercial-scale group purchase program on April 1 with a slightly larger cohort and overall generation capacity.

“We have at least 17 buildings that have expressed interest, which could potentially be several megawatts of solar,” says Barnes.

One of the potential solar installations from the first commercial solar group purchase would be on the Wetlands Estonoa Learning Center in St. Paul, Va.

“Having solar on it to be able to educate students and anybody that comes through on the viability of solar, it’s just a great opportunity to do that,” Councilman Josh Sawyers says of the center’s potential solar installation.

Sawyers states that the project combined with a SolSmart designation will help increase the demand for solar in St. Paul.

“From a residential side and homes that are looking to put it in, I wouldn’t say that the demand is high right yet,” says Sawyers. “But I think looking forward to the next three to five years we may see more of our homes taking on the solar profile.”