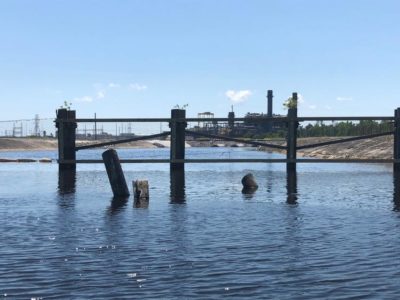 High levels of coal ash solids in sediments from North Carolina’s Sutton Lake suggest it has been contaminated by multiple coal ash spills,
most of them apparently unmonitored and unreported. Photo by Avner Vengosh, Duke University

Laboratory analysis of sediments collected in 2015 and 2018 showed contamination that suggests the lake has been subject to multiple, unreported coal ash spills.

“Our results clearly indicate the presence of coal ash at the bottom of Sutton Lake and suggest there have been multiple coal ash spills into the lake from adjacent coal ash storage facilities after, and even before, floodwaters from Hurricane Florence caused major flooding in 2018,” Dr. Avner Vengosh, the professor who led the research, said in a Duke University press statement.

This is the latest in a series of studies investigating the presence of coal ash in Sutton Lake, studies that show the lasting effect coal ash can have on a natural ecosystem. A 2017 study found that 85% of fish in Sutton Lake had selenium levels higher than U.S. Environmental Protection Agency limits.

While the evidence of improperly stored coal ash’s negative effects on the water supply continues to mount, Duke Energy is currently appealing an April decision from the North Carolina Department of Environmental Quality that ordered the energy monopoly to excavate and relocate the coal ash to lined landfills at six sites that did not already have cleanup plans. The ruling was a victory for environmental and health activists and concerned citizens who put years of effort into making the threat of coal ash known.

Despite the groundswell of support in favor of the ruling and new research backing up activists’ concerns, Duke Energy claims that excavating the existing coal ash impoundments would be too costly to be worthwhile, arguing that they would be forced to pass the cost onto ratepayers.

“Duke has profited off the cheap, unsafe storage of coal ash for decades at their coal fired power plants at the expense of the communities they were built in,” says Ridge Graham, N.C. Field Coordinator with Appalachian Voices. “Duke could cover the cost of proper cleanup easily with their annual profit margin and not pass the majority of the cost onto consumers.”

Many groups also argue that the cost is minimal compared to the negative effects of poor coal ash storage on the environment and public health. “This decision does not come down to a matter of cost,” says Caroline Armijo of with Residents for Coal Ash Cleanup, a community group near Duke’s Belews Creek coal ash impoundment. “It comes down to compassion and respect for the lives of the people who love this state and their homes.”

Coal ash is a toxic byproduct of burning coal for electricity. Duke Energy adds water to the coal ash to create a “sludge,” which they then leave in massive ponds that can range from a dozen to hundreds of acres Many of these are unlined and uncovered, which allows coal ash to seep into groundwater. 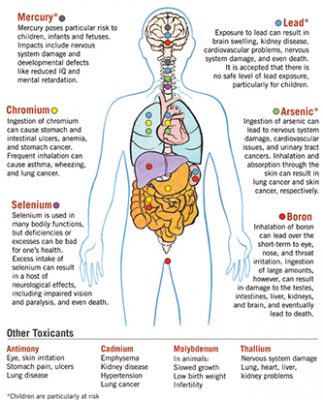 Image from Coal Ash: The toxic threat to our health and environment, A Report From Physicians For Social Responsibility and EarthJustice.

Unlined pits are a continual danger to the water supply. The EPA has found that people who live near coal ash pits and use well water as their main drinking supply have a nine times higher risk of cancer from arsenic exposure than people who smoke a pack of cigarettes a day.

Health and environmental organizations, like Appalachian Voices, the A.C.T. Against Coal Ash Coalition, and others, will continue to push the state to hold Duke Energy accountable for the damage they’ve caused and prevent more damage in the future. The Southern Environmental Law Center, along with many of these organizations including Appalachian Voices, has moved to intervene in Duke Energy’s appeal of the cleanup order.

In April, the North Carolina Department of Environmental Quality listened to the voices of concerned citizens, environmental organizers and numerous scientific studies when it ordered Duke to excavate its ash ponds and move the waste to lined landfills. These recent studies are a timely reminder of both the threat posed by improper coal ash storage, the continued need for vigilance regarding greedy corporations, and Duke Energy’s civic obligation to protect our water.

See our background page on coal ash for more information.