On Feb. 15, Judge David Jones of the federal bankruptcy court in Houston, Texas, ruled that Westmoreland Coal Company could sever union collective bargaining agreements for its active and former mining operations, according to the United Mine Workers of America and court documents. The decision includes the termination of three different collective bargaining agreements, including one called Heritage Agreements that includes Westmoreland’s former mines in Colorado and Virginia .

Appalachian Voices has been following the Westmoreland bankruptcy since it was announced in fall 2018 because of the company’s historic ties to Wise County, Va., where Appalachian Voices has an office. Despite Westmoreland leaving Wise County in the mid-90s, its latest bankruptcy proceeding has many local retirees worried about their own health care and pensions. The recent court decision authorizes Westmoreland to terminate these retiree benefits. The court lists the value of the Heritage Agreements at $212 million and the active mines at $117.4 million.

In addition to ending collective bargaining agreements, Westmoreland is currently trying to sell its assets. On January 22, Westmoreland put its assets on the open market in an auction to see if anyone would be interested in purchasing them. Initially, no one put forth a bid that Westmoreland found acceptable. However, since that time bids have been made and the sale has been approved to sell the Oxford mines in Ohio to Charles C. Ungurean and his company CCU Coal and Construction, LLC. The purchase of the Oxford companies includes a proposed 500-acre permit in Ohio’s Perry State Forest, a mine permit that is being met with strong local opposition.

Tom Clarke, a Virginia nursing home executive turned coal operator, had placed bids on both the Ohio permits and the Kemmerer Mine in Wyoming. On Feb. 19, the court approved the sale of the Kemmer Mines to Western Coal Acquisition Partners, one of Tom Clarke’s new companies. The new company will be responsible for Kemmerer’s environmental and financial liabilities, but not the health care costs of the retirees (see above). The UMWA has stated that the loss of health benefits at Kemmerer will impact about 1,500 people. 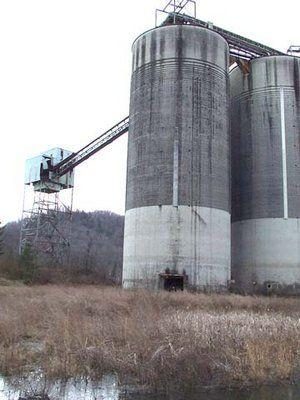 Coal in Central Appalachia is experiencing a decline that started in 1997 and continues to this day. Both Westmoreland and Mission Coal, another Tom Clarke company , announced their bankruptcies in October of last year. These bankruptcies continue to raise the fear that mines will fail to address workers’ benefits and environmental reclamation obligations.

According to documents filed by the Sierra Club, if Westmoreland had failed to sell its Ohio mines and forfeited its mine reclamation bonds, it may have emptied out that state’s pool bond fund. These pool bonds include funds from multiple companies and are designed to cover reclamation costs if one of the companies goes bankrupt and fails to clean up its mines — but in reality, the pooled funds are insufficient. This puts taxpayers at risk of being left holding the bag for mine reclamation if large companies fail. The concern is not limited to Westmoreland, either. The Southern Appalachian Mountain Stewards in Virginia is similarly concerned about Jim Justice’s family companies emptying the pool bond fund if their mines were to go bankrupt in that state.

The American Miners Act of 2019, released in early January and co-sponsored by Sens. Joe Manchin (D-WV), Tim Kaine (D-VA), Mark Warner, (D-VA) Sherrod Brown (D-OH), Doug Jones (D-AL) and Bob Casey (D-PA), attempts to rectify this situation by amending the Surface Mining Control and Reclamation Act to increase federal allocations to the UMWA pension plan, and to restore funding for the Black Lung Disability Trust Fund that was cut at the end of 2018. The bill’s sponsors estimate that it would protect the pensions of over 87,000 current beneficiaries and more than 20,000 retirees.