A portion of of the 12,000-acre Hobet surface mine, originally owned by Patriot Coal, but now owned by ERP Environmental Fund, one of Clarke’s entities.

Tom Clarke, a well-known Virginia businessman and self-proclaimed environmentalist, has had an interesting first few years as a new player in the U.S. coal industry. He first became involved when he targeted Jim Justice by purchasing a billboard in Wise County, Va., calling out Justice for ongoing violations at his mines. Clarke then began working directly with Justice, claiming he was helping Justice fulfill his companies’ obligations.

At first, local communities and environmentalist were hopeful that Clarke might persuade Justice to improve company practices. Now, Clarke has purchased mines of his own and is already facing company bankruptcies, and it’s beginning to seem more like Clarke has been learning from Justice. 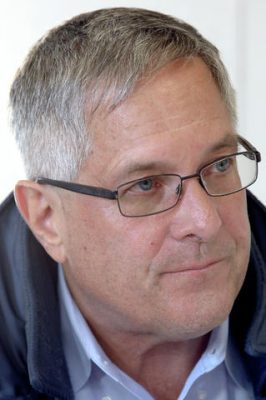 A Virginia resident with a background in accounting and healthcare management, Clarke entered the coal business at a time when many coal companies were going bankrupt and mines could be purchased cheaply, albeit saddled with a lot of liability. He took on the risk, claiming his motivation was to promote environmental conservation. Clarke pitched a plan to reduce mining’s environmental impact by making sure that mines would be reclaimed and that carbon emissions from coal-fired power plants would be offset by preserving and replanting forests. His plan seems to rely on carbon credits and a carbon market that does not yet exist.

For decades, Clarke had predominantly run nursing homes, most recently through Kissito Healthcare, which operates skilled nursing and rehabilitation centers in Virginia and Arizona. Then, in 2015, Clarke purchased several mines owned by Patriot Coal as part of that company’s bankruptcy proceedings. Since then, he has acquired additional coal mines in Central Appalachia, as well as iron ore mines in Minnesota. His coal companies now included Earth Restoration Project (ERP) Compliant Fuels, LLC, which has gone on to form many additional companies and subsidiaries, as well as ERP Environmental Fund, a registered nonprofit, which controls mining permits in four states.

A history of bankruptcy

Clarke’s trouble in the mining industry is not the first time he has faced financial and management problems. In 1991, he was fired from his position as chief financial officer for Berkshire Health Systems, Inc., after the company amassed more than $60 million in debt. Clarke then proposed to take over management of Berkshire’s nursing homes through his own company, Lenox Healthcare, but Berkshire rejected the deal, blaming Clarke for many of the company’s problems.

In 2014, Clarke purchased Virginia’s landmark Natural Bridge in Rockbridge County, as well as surrounding land and nearby hotel for $8.6 million. The value of the area was estimated at $40 million, but the privately held park had struggled to attract visitors in recent years and was closed at the time of the sale. The previous owner, real estate developer Angelo Puglisi, received an additional $7 million in tax credits through the sale. To complete the deal, Clarke formed Virginia Conservation Legacy Fund (VCLF), a nonprofit subsidiary of Kissito Healthcare. To complete the plan, he borrowed $9.1 million from the state of Virginia.

The plan was to transfer ownership of the park to the state once the loan had been repaid, but the project struggled almost from the beginning. VCLF was sued for $1 million, after failing to pay for hotel renovations. Clarke also came under fire from the state after missing loan payments. In late 2016, the project regained some footing, repaying its debt for renovation and officially becoming a state park operating on private land. The shift to state management has benefited the park’s bottom line. The state also extended the repayment term for its loan to VCLF. The state is still slated to take over ownership of the land once the loan has been completely repaid.

Now a number of Clarke’s mining companies have faced management and financial challenges as well. ERP Iron Ore purchased an iron tailings operation in Minnesota at bankruptcy auction in late 2016 and an Indiana-based processing plant, then declared bankruptcy itself a year and half later. A judge officially removed Clarke as the head of Chippewa Resource Partners, another Minnesota company that similarly purchased mining operations out of bankruptcy, after the company removed Clarke as CEO, but Clarke refused to recognize the action.

In West Virginia, a conflict arose between a Jim Justice family company, Bluestone Coal, and Pinnacle Mining, a subsidiary of Clarke-owned Seneca Coal Resources. In 2016, Bluestone claimed that Pinnacle’s operations resulted in flooding at Bluestone’s Double-Bonus mine. The company sought $600 million in damages. The case was eventually settled for $4 million from Seneca Coal and $8.15 million from the former owner of the Pinnacle mine, Cliff Natural Resources. Ohio-based Cliff sold several mines to Seneca in 2015. The sale completed Cliff’s exit from coal mining. But the transfer did not go as planned and now Cliff is suing Clarke and several business associates for fraud, breach of contract and racketeering. Cliff is seeking damages of nearly $100 million.

The Bluestone settlement was reached just days before a company called Mission Coal declared bankruptcy in October 2018. Mission was created early this year to consolidate two other Clarke-related companies — Seneca Coal Resources and Seminole Coal Resources. Mission took over two underground mines and one surface mine in West Virginia, and an underground mine in Alabama. The Pinnacle underground mine in West Virginia laid off 400 workers and closed when Mission declared bankruptcy. Both the Maple Eagle underground mine and Sycamore surface mine are still active, according to the W.V. Department of Environmental Protection. The Oak Grove mine in Alabama has faced operational hurdles in the last two years, including a roof collapse and rail transportation issues, and is expected to close as part of the bankruptcy.

The verdict is still out on the future of Clarke’s mining ventures, and what, if any, impact he will have on the fate of the mines he has taken over or the industry in general. Clarke’s friendship with Jim Justice has seemed to have little impact on Justice’s mining practices — his mines have continued to rack up violations and delinquent payments across Central Appalachia. All of the mines Clarke’s companies have acquired already existed in some form — many of them have existed for years and require mostly reclamation at this point, and many were previously owned by companies that were failing.

Courts overseeing coal bankruptcy sales and reorganizations over the past four years have tried to make the best of a very difficult situation. Most companies hold a significant amount of liability, including reclamation obligations and miners’ health and retirement benefits. Insufficient bonding to cover reclamation costs, and mines that have been allowed to sit idle for years on end have exacerbated the situation. State regulators and communities alike had hoped that Clarke’s purchases would lead to better mine management and more timely reclamation. But Mission’s bankruptcy is raising doubt. Mission currently owes more than $32 million to its creditors, including $9.73 million to United Mine Workers of America members’ pensions and benefits trustees. Mission also has $18.2 million in black lung benefit obligations and more than $30 million in asset retirement obligations.