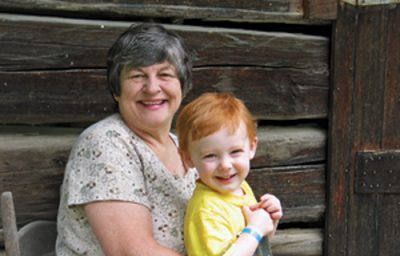 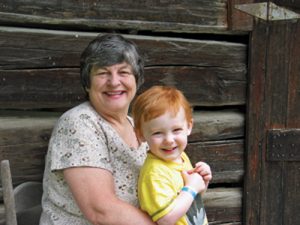 This place in Dickenson County, however, is the site of a huge extraction industry, one keen on drilling the natural gas beneath Gail’s and her neighbors’ land.

The problem, says Gail, is that while she and her family may be the landowners, the gas companies own the mineral rights, something Gail’s great-grandfather and many others in Dickenson County sold to buyers around the turn of the 20th Century. Neither the buyer nor seller really knew what the contract meant long-term, she says, and most were happy, for instance, to let companies haul rocks off their land.

Nearly 100 years later, Dickenson County’s water quality is in danger. The family spring used for at least a century has vanished, and Gail believes it was sunk by the gas well drilling. She and her family now haul water from a source farther away while they wait on grants to receive city water.

The community is working on signing petitions to bring clean water up to higher elevations. “Having clean water for clothes, dishes, and showers will bring relief to a lot of people,” she says. Not having to rely on bottled drinking water will be another convenience.

Through all of this, Gail remains attached to Appalachia and to her home. One of the ways she found to stay involved with protecting the region was becoming a distributor of The Appalachian Voice in Dickenson County, something she has done for almost nine years. Gail is also involved in the Appalachian Studies Conference at Virginia Tech, the place she finished up her master’s thesis on the daughters of Mother Jones in 2007.

Gail feels that her county’s situation is a gateway to furthering environmental education. When she previously taught government at Haysi High School in Dickenson County, Gail would try to incorporate environmental issues into her lessons — everything from soil erosion due to gas drilling to the effect of everyday littering. She would even drive students out to look at some of the coal strip mining going on. Seeing firsthand the effects on people who live by strip mines is eye opening, she says, even for those who live only a few miles away.