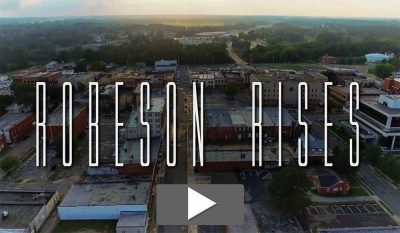 On March 22, Appalachian Voices co-hosted a screening of the community film Robeson Rises with EcoRobeson, Green Hero Films, Working Films and the Carolina Civic Center. The film details the real and potential impacts of the proposed Atlantic Coast Pipeline and the climate change-induced disaster of Hurricane Matthew. 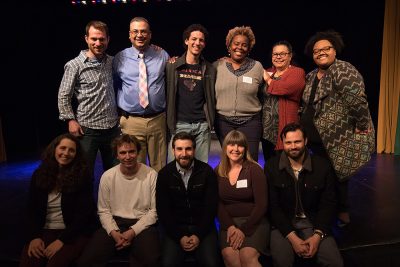 The film covers the inception of EcoRobeson’s organizing against the Atlantic Coast Pipeline, the potential threat to landowners and the environmental injustices of the pipeline, which could run through several of North Carolina’s poorest rural counties and 25 percent of the state’s indigenous population. The film also covers the community’s concerns about how the pipeline could contribute to future climate change crises.

Seventy-five community members attended the screening and panel discussion. Four of the panelists were featured in the film and they were joined by a UNC-Pembroke climate professor. The film can be watched in its entirety at RobesonRises.com and is available for free for community screenings.