This Friday, the House of Representatives will vote on H.R. 2273, the Coal Residuals Reuse and Management Act, a bill that puts the profits of coal ash polluters above public health. H.R. 2273 subverts public support of the EPA’s proposed federal coal ash rules by leaving coal ash pollution in the hands of states with weak or non-existent regulations.

This bill is one of many designed to effectively weaken our clean water laws and allow Big Coal polluters to keep disregarding our waterways and public health.

Please tell your representatives in Congress to vote NO on H.R. 2273.

Coal ash is the nation’s second-largest waste stream after municipal garbage. Coal ash slurry — a by-product of coal-fired power plants — is highly toxic. People living near an unlined coal ash pond are at a 1-in-50 risk of cancer from arsenic, a rate that is 2,000 times greater than the acceptable level of risk!

As we approach the third anniversary of the Tennessee Valley Authority coal ash disaster that spilled over a billion gallons of toxic sludge into the Emory River in Harriman, Tenn. and cost over $1 billion to clean up, it’s clear that we’re overdue for basic health and environmental protections from coal ash. 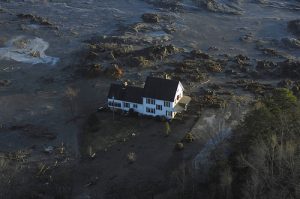 The U.S Environmental Protection Agency has the authority to control hazardous waste from “cradle-to-grave” under the Resource Conservation and Recovery Act. Since beginning the process for coal ash nearly three years ago, the agency has received over 450,000 comments asking for strong protection for coal ash waste.

H.R. 2273 would leave coal ash disposal standards even weaker than the federal rules that govern household waste. Supposedly, municipal solid waste rules provided the model for this legislation. But household waste standards are centered around protecting public health and the environment — this bill makes no mention of either.

Clearly, a lagoon of toxic slurry laden with metals such as arsenic, chromium, lead and mercury is different than an town dump. Yet H.R. 2273 doesn’t require states to inspect ponds in order to ensure structural stability, detect groundwater leaks, or discover other threats to public health and safety. Municipal waste facilities are bound by federal law to clean up or close dumps that contaminate groundwater, but this bill would let coal ash polluters get away without groundwater cleanup standards. Check out this fact sheet for more information about H.R. 2273’s dangerous shortfalls.

Further, this bill ruins coal ash recycling. Once coal ash is dumped in a slurry pond, it cannot be recycled. H.R. 2273 would allow the more than 700 existing coal ash ponds to operate indefinitely and permit the construction of unlimited new ponds, making it cheaper for power companies to dump this dangerous waste rather than invest in recycling. Learn more about how this bill destroys coal ash recycling here.

Rep. McKinley and his allies who are beholden to the coal industry hope the false claim that coal ash safeguards will cut 300,000 jobs will create support for the dirty bill. But a recent study from Tufts University shows that designating coal ash as hazardous waste and disposing of it properly will actually create jobs. The study’s analysis of the real economic impacts of coal ash regulation demonstrates that, even when using the industry’s estimate of the cost of regulation (an estimate that is much higher than the EPA’s), regulation would boost job creation. 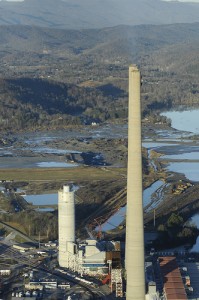 “The effect of the new spending required by strict regulation of coal ash, including expenditures for waste management, wastewater treatment, and construction and operation of facilities and equipment, combined with the impact of the resulting electricity rate increases on consumers, would be a net gain of 28,000 jobs,” writes study author Frank Ackerman, director of the Stockholm Environment Institute’s Climate Economics Group.

Big Coal continually uses a false jobs argument to scare the public into surrendering clean water rights. McKinley’s dangerous bill is just the latest in a congressional onslaught of bills and riders that aim to weaken federal oversight of industrial pollution.

Under H.R. 2273, the EPA doesn’t have any real authority over coal ash disposal, and the bill doesn’t allow for citizen participation in the state process. Because state agencies are smaller, they are more likely to experience industry capture and be controlled by the industries that they are supposed to regulate. We need a strong and consistent federal safeguard. Such federal standards are the underpinning of successful legislation such as the Clean Air and Clean Water Act. Contaminated air and water do not obey state boundaries.

A vote is scheduled for this Friday. While the bill is expected to pass the House, the more members of Congress we can encourage to vote against H.R. 2273, the greater the momentum we will have when the bill comes to the Senate.

Please call the Congressional Switchboard at 202-224-3121 and ask your representative to vote NO on H.R. 2273, Coal Residuals Reuse and Management Act. You can also take action online at https://appvoices.org/no-to-coal-ash/.