The EPA finally proposed the first national standard regulating coal and oil fired power plants on March 16th. The EPA’s long overdue proposal directly regulates mercury and toxic air pollutants such as sulfur dioxide which causes acid rain. If the regulations are approved 91 percent of mercury and 55 percent of sulfur dioxide from coal burning facilities would be prevented from entering 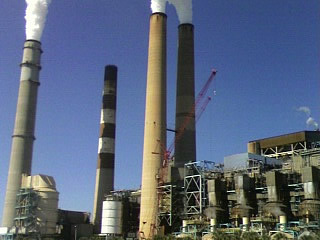 Power plants are responsible for a startling 99% of mercury pollution as well as the majority of other air pollutants that are produced. Currently, 44 percent of plants do not have equipment to control air pollution. The power industry is the only one of the three major industries that issues toxic air pollutants that is not regulated.

The new EPA regulations would prevent an estimated 6,800-17,000 premature deaths and save the affected communities an estimated $59 billion to $140 billion in health costs each year.

Though the regulations are wonderful news, the EPA’s emphasis on the “much cleaner burning coal” leaves out the environmental and health costs that are accumulated when obtaining the coal to burn “more cleanly.” When will the EPA take into account $74 billion cost of early deaths resulting from coal mine pollution? A recent Harvard study has begun the task of taking the total costs of coal into account. This includes toxic air emissions and impacts from mountaintop removal. While the EPA’s regulations do limit the amount of pollutants coal burning power plants spew into the air, burning coal will never be clean.