“To a child of Appalachia, to see the mountains laid waste, whether by clear-cutting or strip mining, is to witness a dagger plunged into the very bosom from which you sprang and which has sustained you.” – Pamela Meade Sargent: U.S. Magistrate Judge 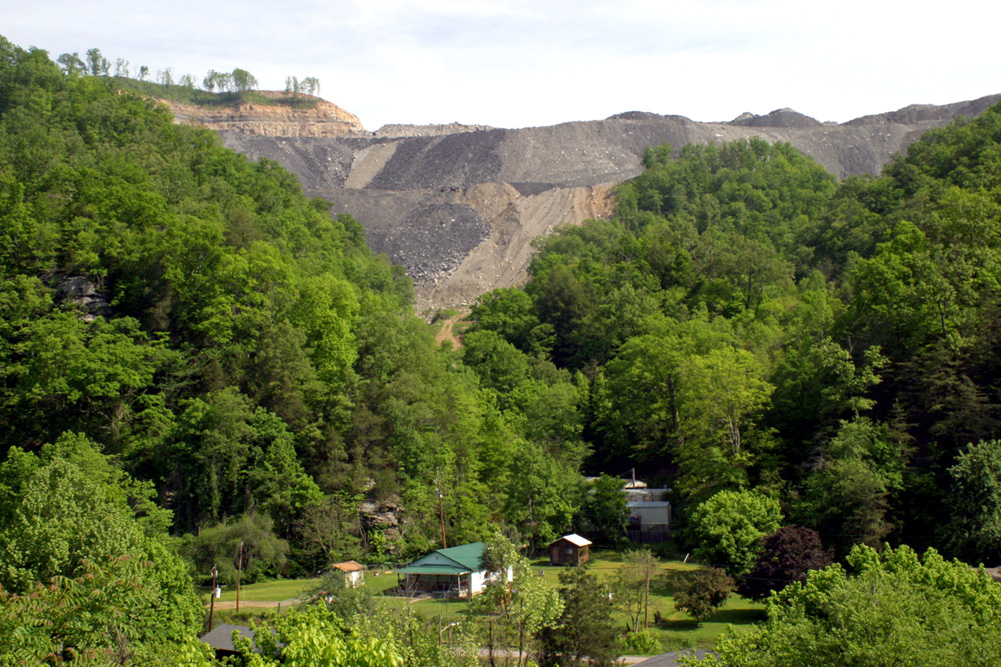 A community in Wise County, Virginia sits at the base of a mountaintop removal coal mine. Photo by Jamie Goodman

For more than a decade, Appalachia has also become known for the atrocity of mountaintop removal mining. The impacts on communities of blowing up mountains and dumping the rubble into streams are profound. It forces residents to contend with contaminated drinking water, increased flooding, dangerous coal slurry impoundments, and higher rates of cancer and other health issues.

Residents find little recourse due to weak regulations and government officials unwilling to stand up to coal companies. Communities near mountaintop removal sites are losing population as people move away in order to protect the health and safety of their families.

View satellite imagery of mining encroachment and learn about the top 50 communities at risk from mountaintop removal mining in Appalachia with our Communities at Risk mapping tool. 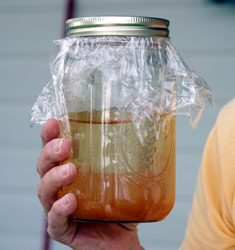 Contaminated water from the town of Stephens, Wise County Va.

Communities near mountaintop removal sites frequently experience contaminated drinking water supplies. The U.S. Environmental Protection Agency notes that iron and manganese concentrations surpass drinking water guidelines in at least 40% of wells on the Appalachian Plateau, and in about 70% of the wells near reclaimed surface coal mines of the region.

Coal slurry, the waste left after washing and processing coal with water and chemicals, is highly toxic and can leach into groundwater. Up to 60 different chemicals are used to wash coal — including the now-infamous MCHM that spilled from a decrepit storage tank into the Kanawha River in January 2014 and prompted health officials to warn some 300,000 people against using their tap water for drinking, cooking or bathing for a week or more.

In an earlier incident in Prenter Hollow, West Virginia, more than 300 residents filed a lawsuit against nine coal companies in 2009 for water contamination from coal slurry injected into abandoned underground mine shafts. Two studies released in January 2012, upheld the residents’ claims by demonstrating a “clear hydrochemical pathway” from dumping sites to local water wells.

The health effects on the Prenter community from water pollution were devastating. One resident, Jennifer Hall-Massey, told The New York Times about the emergence of a “brain-tumor cluster” in which “six people in a neighborhood with ten houses were diagnosed with brain cancer,” four of whom later died. 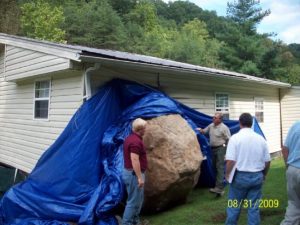 A House Damaged by a Boulder in Floyd County, Ky.

The forceful blasting from mountaintop removal often occurs close to homes, and at all times of the day. Drinking water wells and building foundations crack from the sheer force of the explosions, significantly depreciating property values, which is often a family’s most substantial asset. Communities are blanketed in dust, and sometimes pelted by rocks ranging from pebble to boulder size.

Sometimes the “flyrock” injures, or kills. On August 20, 2004, a bulldozer pushed a boulder weighing half a ton from a mountaintop removal site in Appalachia, Virginia. The falling boulder crashed into the side of a residence, crushing 3 year-old Jeremy Davidson in his sleep. 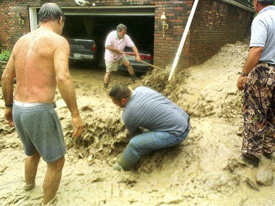 Before coal companies remove a mountaintop, they strip the land of vegetation. Without trees on steep mountain slopes, rainfall can quickly accumulate to dangerous levels, subjecting nearby communities to powerful flash floods.

Some of the most devastating flash floods occurred in Mingo County in southern West Virginia in May 2009, when rising water forced residents from their homes and prompted then-Governor Joe Manchin to declare a state of emergency. It was the 19th flood in 11 years to hit the county and surrounding areas of southern West Virginia’s coalfields. 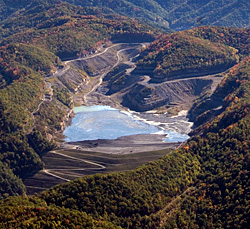 Coal sludge is contained in massive impoundments usually held back by earthen dams that risk sudden collapse. If an impoundment fails, entire communities can be wiped out in a matter of minutes – buried beneath a wave of this toxic sludge. According to the U.S. Geological Survey in 2010, approximately 1,000 slurry impoundments were located in the coal-mining region of the Appalachian Basin.

In 1972, an impoundment failed in West Virginia’s Buffalo Creek Hollow, letting loose a 15-20 foot wave moving at an estimated speed of seven feet per second which levelled town after town for 15 miles. Out of a population of more than 5,000 people, 125 residents were killed, 1,121 were injured, and more than 4,000 were left homeless.

In 2000, an impoundment failed in Martin County, Kentucky, spilling more than 300 million gallons of sludge into tributaries of the Big Sandy River. The disaster — nearly 30 times larger than the Exxon Valdez spill — killed virtually all aquatic life for 70 miles downstream. At the time, the U.S. Environmental Protection Agency called it the worst environmental disaster east of the Mississippi. 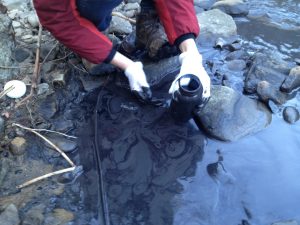 Erin Savage gathers samples at the site of the Fields Creek slurry spill in February 2014. Photo by Matt Wasson

More recently, in February, 2014, a coal slurry spill at a processing facility in Kanawha County, West Virginia, released more than 100,000 gallons of toxic material into Fields Creek, blackening the water for roughly six miles and polluting the downstream Kanawha River. This incident was not the first violation of water quality code at this particular plant. The operator, Patriot Coal, had received a citation by the W.V. Department of Environmental Protection as recently as November 2013 for allowing black liquid to discharge into South Hollow.

The coal industry has maintained a tight grip on Appalachia for decades, going back to the days of union-busting, often using violence. In recent years, coal companies have paid handsomely — in campaign contributions — to get and keep lawmakers on their side who either turn a blind eye to the community suffering or prevent environmental regulators from doing their job.

Appalachian Voices led a team of organizations in uncovering tens of thousands of Clean Water Act violations by the three largest coal operators in Kentucky. We sued the state for failing to enforce the law, and secured historic settlements against International Coal Group and Frasure Creek Mining.

Alpha Natural Resources, one of the leading producers of metallurgical coal in the U.S., and the third largest coal supplier in the world, has also been culpable for serious pollution violations at its mines. In a settlement with the EPA in March 2014, the company agreed to pay a $27.5 million fine for discharging toxic waste into nearby streams. The EPA also required Alpha to spend an estimated $200 million to install wastewater treatment systems and make comprehensive improvements to reduce pollution discharges.

(Its subsidiary, Alpha Appalachian Holdings, formerly Massey Energy, was responsible for the failed dam in Martin County, Ky. mentioned above.)

The federal government’s regulation of surface mining in Appalachia has met constant pushback from industry advocates in Congress. Following the EPA’s 2011 veto of the permit for Spruce Mine No. 1 mountaintop mine in Logan County, W.Va., which would be the largest mine in the state, legislation was introduced in both the 111th and 112th Congresses to strip the EPA’s authority to veto mine permits under Section 404 of the Clean Water Act.

The long history of entanglement between King Coal and Washington politics is laid bare in the many harmful impacts to people living in coal-bearing communities and on the ecology of the region. Moreover, it has undermined incentives for politicians to support true economic diversification efforts in Appalachia.