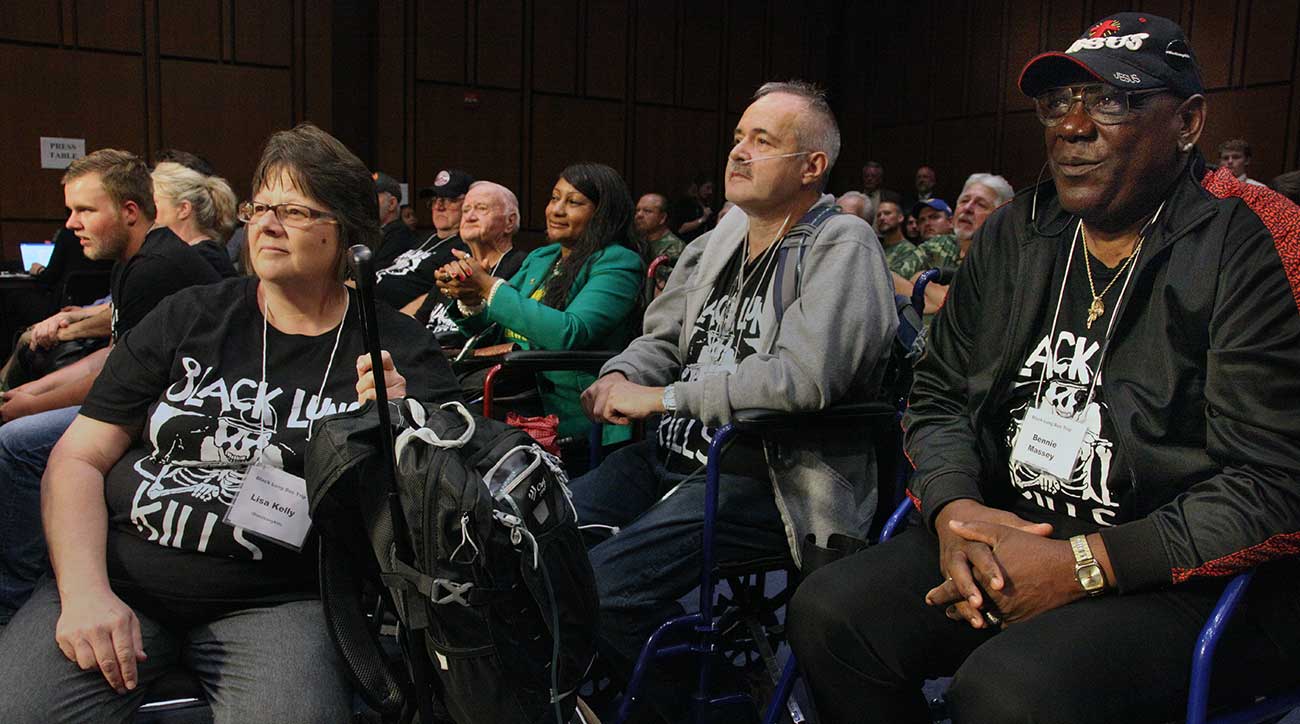 Members of the Black Lung Association attend congressional hearing in 2019. Photo by www.EarlDotter.com

Mining coal and working at coal prep plants and coal-fired power plants is hard, dangerous work. Thanks to the sustained fight led by workers and labor unions, there are some safety measures in place — but much more is needed to stop preventable conditions like black lung disease.

Black lung disease occurs when mine workers inhale dust containing silica and other harmful substances while on the job. Over time, this exposure to dust damages their lungs and impairs their ability to breathe.

The disease was once on the decline, thanks to hard-fought worker safety measures won by the Black Lung Association, the United Mine Workers of America and their supporters, but black lung has been on the rise in recent years. It is now affecting younger miners than ever before.

According to the Centers for Disease Control and Prevention, as many as one in five coal miners in Central Appalachia are afflicted by black lung. It is incurable and deadly.

The need for stronger silica regulations

The current spike in black lung is in large part due to Appalachian miners encountering higher rates of silica dust than in previous generations. Regulations addressing exposure to coal dust were improved by a Mine Safety and Health Administration rule-making in 2014, but stronger regulations addressing silica exposure are badly needed.

Appalachian Voices joins with miners and their families in calling on MSHA to enact a strict silica exposure limit, along with the necessary enforcement mechanisms. 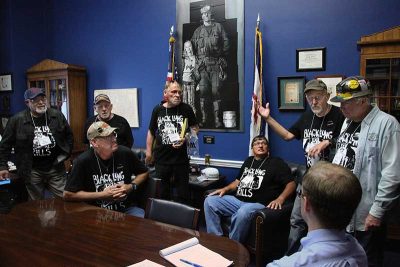 Under the Black Lung Benefits Act of 1972, miners with black lung are entitled to medical care and disability benefits, paid for by the miner’s employer. When coal companies go bankrupt, as so many have in recent years, these payments are picked up by the Black Lung Disability Trust Fund, administered by the Department of Labor.

This program is funded by a small tax on coal production, paid by coal companies, called the black lung excise tax (or the coal excise tax). Each year, the black lung excise tax must be extended by an act of Congress at the rate of their choosing. If Congress fails to act, the tax will automatically be cut in half, starving the Black Lung Disability Trust Fund of a crucial source of revenue, causing it to instead borrow from the general treasury.

A reduction in the black lung excise tax would enable the coal industry to dodge its obligation to take care of coal miners, and instead put the burden on the average American taxpayer. Appalachian Voices is working closely with miners and their supporters to ensure that Congress enacts legislation to extend the black lung excise tax by 10 years to prevent this from happening.