NOTE: This page is about reclaiming coal mine sites that were abandoned prior to the 1977 Surface Mining Control and Reclamation Act (SMCRA) went into effect. Read about reclaiming post-1977 coal sites.

The history of coal mining in Appalachia goes back to the late 1700s — and until 1977, there was no federal law mandating that companies fix land and water damaged by mining. Today, thousands of open mine shafts, crumbling highwalls and contaminated waterways remain, leftovers from coal mining operations that were abandoned prior to the passage of the 1977 Surface Mine Control and Reclamation Act.

This federal law established minimum requirements for coal companies to reclaim land and water at mine sites going forward. To address the massive backlog of abandoned mine problems and ensure that the industry as a whole takes responsibility for mining’s legacy, lawmakers instituted a per-ton fee on new coal production and directed that fee toward cleanup of existing sites.

Over the last four decades, this fee has provided $5.7 billion to clean up mine sites that threaten public health and safety, including open mine shafts, highwalls, mine fires, acid mine drainage, erosion and subsidence.

But the abandoned mine lands fee is set to expire in September 2021, unless Congress acts to extend it again.

Reauthorization of this fee is crucial. The official federal inventory of abandoned mine lands (AML) sites estimates that there is $11.5 billion of unfunded reclamation needs. Due to shortcomings in the federal inventory, however, this estimate is likely very low. Currently, about $2.3 billion remains in the AML fund, far less than what is needed.

Since 1977, Congress has voted to decrease the fee multiple times. A decline in coal production has also reduced annual revenues, and the fee has never been corrected for inflation. The current fee structure is about 23 percent of what the original would be if adjusted for inflation.

Appalachian Voices is one of many groups in Appalachia and across the country that are advocating for reauthorization of the Abandoned Mine Land Program. 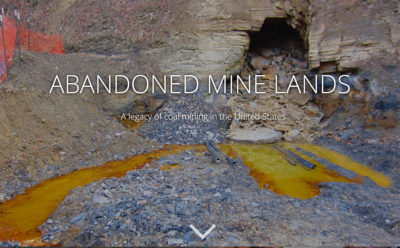 Mapping the Legacy of Coal

Visit our special ARCGIS project that charts the legacy of coal mining in the United States.

Another way abandoned mine sites hurt local communities is by impeding economic development. Unaddressed issues such as open coal shafts or landslide hazards add additional costs to new construction or leave hazards that local communities have to pay to clean up. 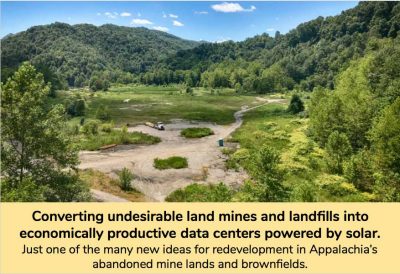 Some of these communities have been using a grant fund called AML Pilot for several years to fund AML cleanup, and boost economic development projects sited on or near abandoned mine lands. The COVID-19 economic recession that began in 2020 further added to the need for job creation and business development initiatives to help lift coal-impacted communities out of economic decline.

The RECLAIM Act currently in Congress would create a more permanent reclamation and economic development program and commit $1 billion from the AML Fund to accelerate cleanup of dangerous and polluting abandoned coal mines.

Strategically, the funds would be used to reclaim abandoned mine sites linked to future or ongoing community or commercial projects. This could include public recreation facilities, agriculture, renewable energy, recreational tourism, wildlife habitat and other projects that take place on or near abandoned mine lands on public and private lands. These locations could serve as long-term economic opportunities that create permanent local jobs, helping to lay a foundation for financial diversity in communities affected by the declining coal industry.

A version of this idea is already underway through the Abandoned Mine Lands Pilot program. Congress created the AML Pilot program in 2016 after repeated calls to accelerate Appalachian mine remediation while supporting economic development efforts in transitioning communities. Since then, legislators have allocated $665 million from the U.S. Treasury, not the AML fund, to be used by six states and three tribes through the AML Pilot program.

Read more about these projects 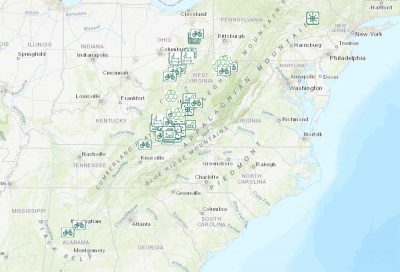 Appalachian Voices worked with the Reclaiming Appalachia Coalition to develop an interactive map and detailed list of potential and funded AML Pilot projects.