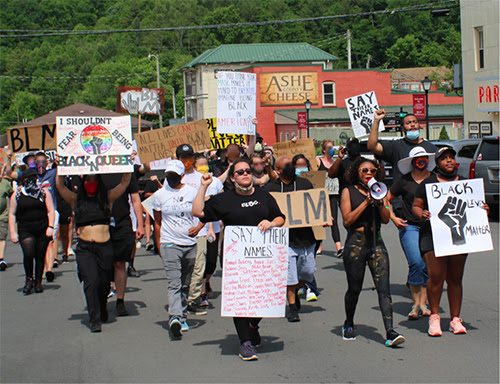 In response to the murder of George Floyd, Black communities and their supporters have mobilized in rural and urban areas alike, and young Black leaders are playing a key role. In this photo, Alexis Wray, a first-time organizer, and her fellow organizers lead a crowd of hundreds through downtown West Jefferson during the Ashe County, N.C., Black Lives Matter march on June 6.

As an organization whose mission is grounded in a commitment to justice and lifting up underrepresented voices, Appalachian Voices stands in solidarity with the millions of Americans nonviolently rising up across the country in anguish and outrage to demand justice and dismantle systemic racism in America.

We are devastated by the murders of George Floyd, Breonna Taylor, Ahmaud Arbery and thousands of other people of color — those whose names we know and don’t know — who have been killed by police brutality and racist violence. We must all face the fact that racial inequities and the oppression of communities of color pervade our society — in healthcare, education, housing, the criminal justice system, and in environmental policy.

Appalachian Voices is committed to the ongoing struggle for a future built on racial justice and equity for everyone. To do this, we must learn from partner organizations and others at the heart of this struggle and continue to prioritize building inclusion, equity and diversity in our own organization and our own movements, while demanding the same from government institutions. 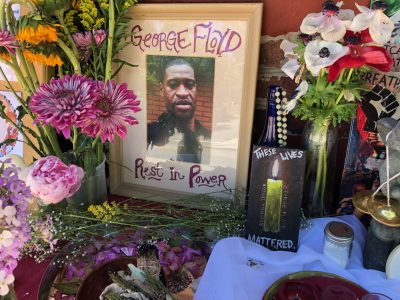 A community-created Altar for Black Lives was set up by Small and Mighty Acts, a community organization led by people of color, outside the Appalachian Voices office in Boone, N.C.

Appalachian Voices stands with our regional allies, and we would like to share with you some of their eloquent voices.

May 29: “What we saw last night in Louisville and what we’ve seen across the country is folks tired of being ignored. Police brutality and misconduct are a century-old issue that reflects our country’s grotesque and murderous beginnings. While these issues are pronounced in Black and urban communities, it’s true that we are all affected by a police state with few mechanisms for co-governance, accountability and justice.” Cassia Herron, Kentuckians For The Commonwealth, In the wake of century-old violence, our task is to organize

June 4: “We must dedicate ourselves to breathing life into our Constitution and its promises and refuse to accept a civility that covers up injustice. The very life of our democracy is at stake. Not the democracy that is, but the democracy that could be.” Bishop William J. Barber II, Poor People’s Campaign co-chair and president of Repairers of the Breach, Poor People’s Campaign calls for day of fasting and focus to mark upheaval in country

A selection of articles, videos and other resources 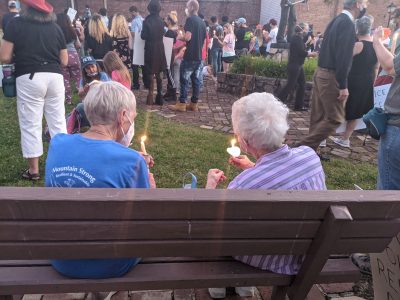 In Southwest Virginia, 150 people turned out for a vigil on June 6 in honor of Black people killed by police brutality in America. The event was organized by local Black youth and included march in Big Stone Gap, songs, and a listening circle where Black community members were invited to share their stories of experiencing racism and call on white people to be anti-racist, call out racism and talk to other white people about racism. 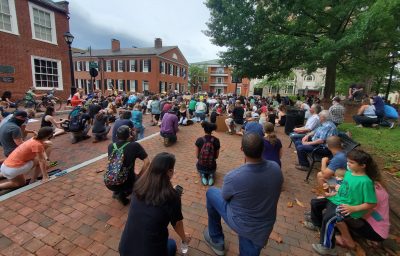 A crowd kneels during a Juneteenth event in Charlottesville, Va. 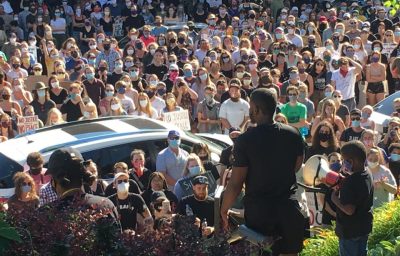 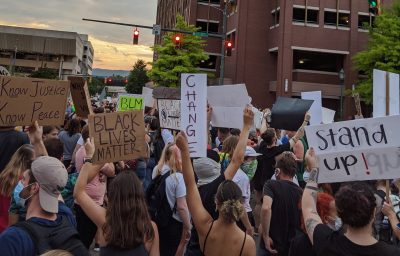