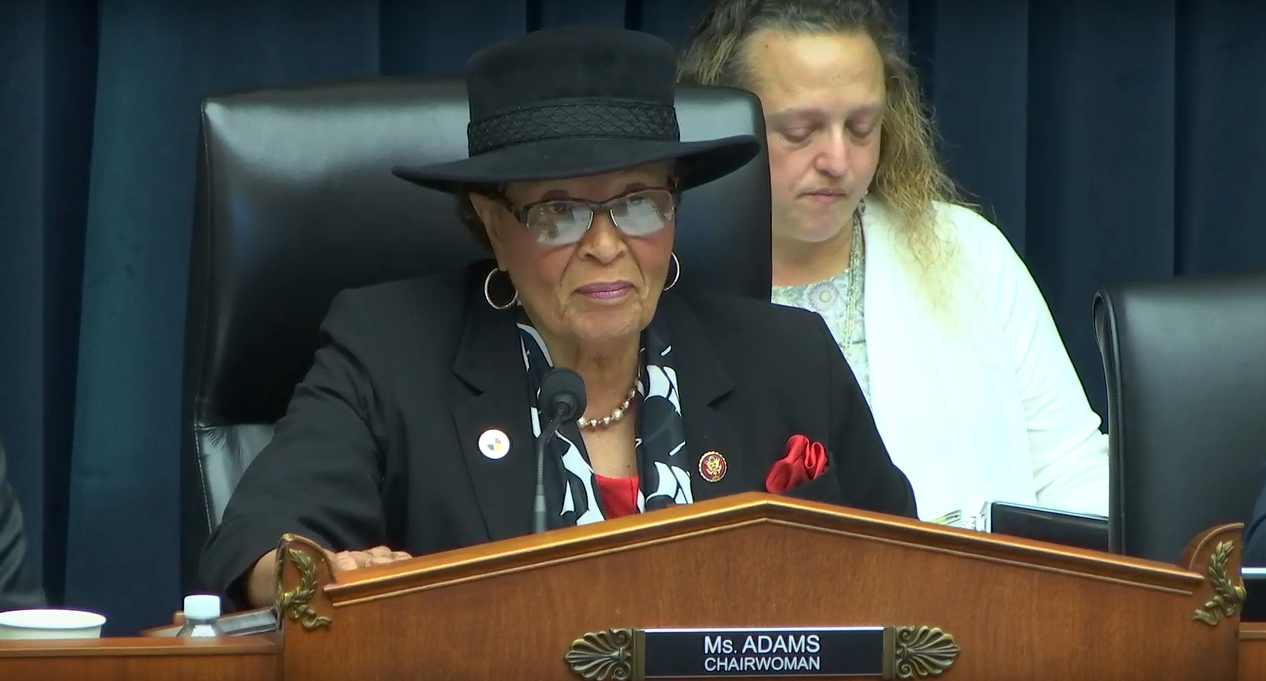 For decades, the U.S. Department of Labor failed to ensure that coal companies set aside enough money for miners with black lung and their families, according to a new report from the U.S. Government Accountability Office. This has allowed coal operators to transfer hundreds of millions of dollars in black lung liabilities to taxpayers while executives profited.

Black lung disease is a debilitating, terminal condition caused by breathing in coal and silica dust. Miners with the disease can file for black lung benefits with the Department of Labor, a process that often takes a decade or more. If approved, the miner’s most recent employer must cover their medical expenses in addition to benefits for the miner’s dependents. 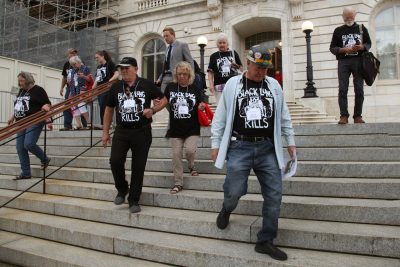 More than 150 miners and their loved ones traveled to Washington, D.C., in July 2019 to meet with legislators. Photo by Earl Dotter/EarlDotter.com

If the company is unable to pay, usually due to bankruptcy, then they or their survivors can obtain benefits through the federal Black Lung Disability Trust Fund. The trust fund is paid for by a small tax on coal companies per ton of coal mined.

To make sure that a company’s black lung liabilities don’t overburden the trust fund if they go bankrupt, the Department of Labor requires coal operators to have either third-party insurance or to “self-insure” by providing sufficient collateral to cover the costs. But until the agency implemented an updated process in July 2019, most of the 22 self-insured companies were allowed to get by with wildly inadequate collateral.

For example, when three self-insured coal behemoths — Alpha Natural Resources, James River Coal, and Patriot Coal — declared bankruptcy in the 2010s, their combined collateral amounted to only 3 percent of their $865 million in black lung liabilities, according to the Government Accountability Office report.

The Department of Labor is responsible for reviewing whether coal operators are providing enough collateral, but the government oversight report shows that DOL only reevaluated 12 of the 22 self-insured companies in the last decade.

The Problem with Self-Bonding

Self-insuring black lung benefits is just one of many shady tactics currently employed by the coal industry. Federal law requires coal companies to post bonds to fund environmental cleanup and reclamation of mined lands if the company fails to do so — but some companies have been able to dodge this responsibility to communities and the environment through self-bonding.

While other bonding mechanisms make real funds available to the state, companies that employ self-bonding merely have to submit financial information showing that they’re good for it. But if one of these companies goes bankrupt, then taxpayers could have to foot the bill.

Many of the Southwest Virginia mines owned by the family of West Virginia Gov. Jim Justice are self-bonded, posing a massive threat to Virginia’s mine reclamation fund. In January, the state issued two notices of bond forfeiture on Justice-owned mines, including one that is self-bonded. New self-bonds are no longer issued in Virginia or Kentucky, though the practice is still used in some other states.

See a related blog post for coverage on these bond forfeitures.

“While taxpayers were saddled with debt, coal executives were walking away with millions of dollars in salaries and bonuses,” said Rep. Adams. “Following their bankruptcy declaration, one of the bankrupt operators, Alpha Resources, offered executive bonuses of up to $11.9 million to its top executives. Alpha CEO Kevin Crutchfeld made almost $8 million in 2014, the year Alpha declared bankruptcy, and then another $1.8 million in 2016 when Alpha emerged from bankruptcy.

“At the same time, Alpha dumped $494 million in liabilities into the Trust Fund while providing only $12 million in collateral. As part of the $12 million payment, DOL allowed Alpha’s successor to continue to self-insure after the bankruptcy.

“This fleecing of the Trust Fund and taxpayers has occurred under DOL’s nose despite the Department’s power to prevent it. The Black Lung Benefits Act gives DOL the authority to hold coal executives personally liable for the costs that were shifted to the Trust Fund. But this power has rarely been used in the 40 years since this authority was given to DOL.”

The Black Lung Disability Trust Fund is already under enormous stress, and has been in debt since its creation in 1978. The fund’s debt increased further when Congress allowed the excise tax that pays for it to be halved in January 2019. Although legislators restored the tax to its original level in December, it will be halved again in 2021 if Congress fails to act. 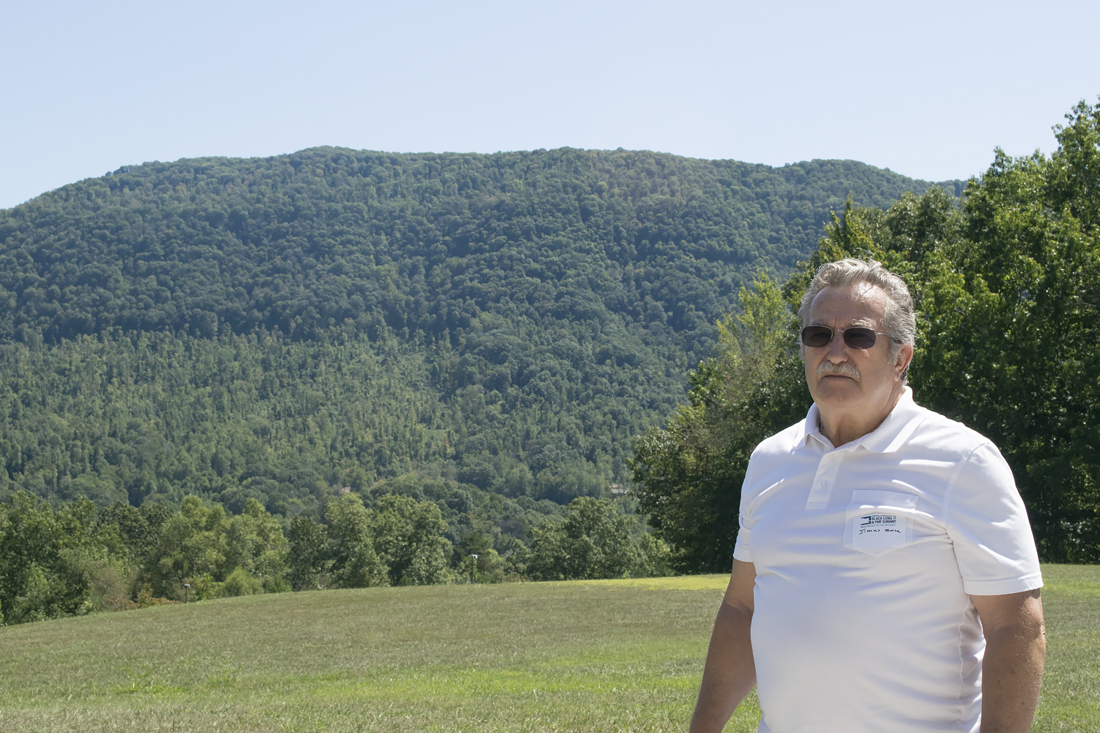 The Black Lung Association, an organization comprised of coal miners afflicted with the disease and their supporters, continues to call for a 10-year extension of the tax.

Jimmy Moore, a retired coal miner and president of the Black Lung Association chapter in Whitesburg, Ky., was one of more than 150 coal miners and supporters who journeyed to Washington, D.C., in July 2019 to call for the tax to be restored.

“I think [the coal companies] are responsible for the miners that are getting black lung, and I think they ought to have to pay up,” says Moore.

“What we are seeing here is nothing less than a gaming of the system,” said Rep. Adams at the Feb. 26 hearing. “The winners are the coal operators and their Wall Street creditors. The losers are the American taxpayers.”

U.S. Office of Workers’ Compensation Programs Director Julia Hearthway, who has overseen the federal black lung benefits program since 2017, also spoke at the Feb. 26 hearing. She stated that the department has since completely revamped the self-insurance process, calling the former system “woefully inadequate.”

“It was a broken process that had been in place for at least 20 years,” said Hearthway.

The accountability office’s report states that new procedures implemented by the Department of Labor in July 2019 could help with the self-insurance problem — but the agency still lacks a procedure to conduct annual reviews of self-insured coal operators. Additionally, the Department of Labor does not ensure that coal companies with third-party insurance maintain sufficient coverage.

“Folks in D.C. don’t understand coal miners, and the job we do, and the dirt and the filth we deal with,” says Dean Vance, president of the Black Lung Association chapter in Vansant, Va. “When they hear these stories about black lung, some people don’t want to believe it. But when we go meet them and show them the truth about what’s actually happening to us, we can get some of them on our side.”

Bills in the House and Senate aim to address problems with black lung benefits, including extending the excise tax through 2029 and shortening the amount of time it takes to process benefits claims. It is critical that Congress pass these bills to ensure the stability of the black lung benefit fund for the sake of the coal miners and their families who depend on it.