Tennessee’s Cumberland Mountains stretch into the distance, toward the site of the proposed 2A surface coal mine.

Last month, more than 30 East Tennesseeans gathered at a public hearing in Jacksboro to urge the federal Office of Surface Mining Reclamation and Enforcement (OSMRE) to reject an application from Triple H Coal Company for a proposed surface mine, which would raze more than 400 acres and devastate more than 1,000 feet of streams in Campbell County, Tenn. Alongside concerns about dust, water contamination and blasting, many in attendance expressed dismay that OSMRE would even consider the permit as much of it lies within an area that has been declared by the OSMRE itself, and Department of the Interior, as Lands Unsuitable for Mining (LUM).

The LUM designation covers nearly 76,000 acres along the ridges of the North Cumberland Plateau in Anderson, Campbell, Morgan and Scott counties, including the North Cumberland Wildlife Management Area and the Emory River Tact Conservation Easement. First proposed in 2010 by then-Governor Phil Bredesen, and supported by a robust grassroots movement ever since, the designation was finalized in 2016.

“Having a mine in this community would destroy the creeks that my family has swum in for generations. My mom swam there when she was a child, her mom and dad did, her dad’s dad did, and I do every summer,” said DJ Coker, who lives a few miles from the proposed mine. “This is federally protected land, and it’s an important corridor for endangered species. If the OSMRE grants this permit, it will be a direct attack on the Endangered Species Act, and on the LUM.” 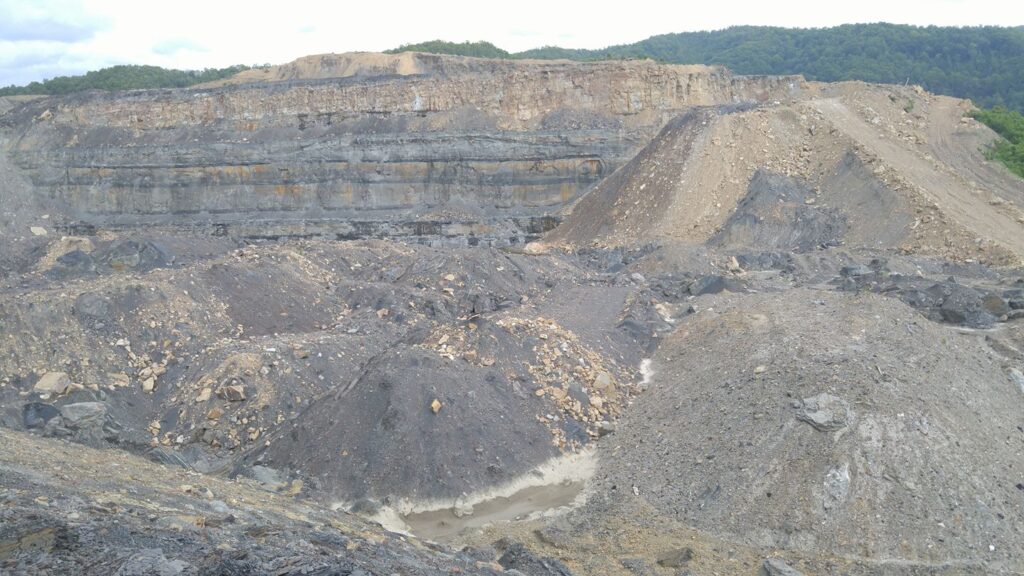 Local hearing attendees also expressed concerns about the proposed mine’s impact on human health.
“Large surface mines like this present one of only a few health care crises that are completely preventable,” said Sarah McQueen, a city council member and a Doctor of Medical Science and Physicians Assistant in nearby Jellico. “This type of mining has been proven to cause COPD and other cardiopulmonary disease to those who live in proximity. To do this in a state that continues to deny basic health care to its most vulnerable is ludicrous. People will die.”

Triple H Coal originally filed the permit application in 2014. At that time a coalition of community and environmental organizations including SOCM, Tennessee Clean Water Network, Sierra Club and Defenders of Wildlife objected, citing the potential for new acid mine drainage problems, threats to human health and harm to the federally threatened Blacksided dace. The groups also urged the agency to consider the cumulative impacts to land, air and water from other nearby coal operations when evaluating the application, and to conduct a full environmental analysis. The mine permit application was still languishing in 2016, and the LUM designation that OSMRE declared that year seemed to do away with it altogether. 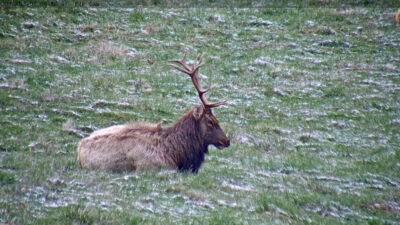 Another concern is the impact to local wildlife, which is drawing more visitors — and economic benefit — to the rural community. “This proposed mine is in the vicinity of an elk viewing tower that attracts some 16,000 visitors per year, making a significant positive impact on the Campbell County economy,” said April Jarocki of Roses Creek, Tenn. “Visitors to the tower are asked to remain as quiet as possible so as not to startle the elk, which can cause them to run into roads and cars, injuring themselves or people. Surface mines are loud and dusty. What will happen to our elk population if this proposed mine is approved?”

It is unclear what legal statutes, if any, Triple H Coal or the OSMRE may cite to justify the consideration of this surface mining permit within the LUM-protected area. The coal company seems to assume that it should have the right to mine on property it owns, where the state has relinquished surface rights. This argument, however, is not rooted in law, as such rights are not at issue within a LUM area. Rather, the designation confers protections upon the land itself, regardless of ownership or other legal claims.

When it became clear earlier this year that Triple H still intended to move forward with the application despite the federal protections spelled out in the LUM designation, the coalition that had originally objected to the mine in 2014 revived their opposition. The groups wrote a letter to the OSMRE asking the agency to cease processing the application altogether, since doing so would fly in the face of the agency’s own LUM designation. The letter, dated July 31, 2019, states,

In addition to these grassroots and non-profit objections, the Tennessee Attorney General’s office has weighed in, urging the OSMRE and Department of Interior against processing the mining permit application in a letter dated October 15, 2019. The letter cites the Department of Interior’s own 2016 Record of Decision, which states, “under this decision, except for access or haul roads, and proposals to remine, OSMRE would not accept and process applications for proposed surface coal mining operations in designated ridgelines in the [North Cumberland Wildlife Management Area].”

Should the OSMRE choose to process this mining permit application, opponents will mount continued challenges to the viability of the proposal, and the Tennessee Attorney General’s office has already requested that the agency hold a public hearing on the matter.

Other Lands Unsuitable for Mining Designations

Though not technically a federal Lands Unsuitable for Mining designation, in the late ‘90s, grassroots activists in Harlan County, Ky., succeeded in compelling the state to ban surface mining on much of Black Mountain, the state’s highest peak. In 2001, Harlan County residents also won a LUM designation for 2,364 acres adjacent to the historic Pine Mountain Settlement School. Currently, some of those same individuals, and a new generation of Harlan County civic leaders, are petitioning the Kentucky Energy and Environment Cabinet for a LUM designation to protect the water supplies and historic viewsheds for the towns of Benham and Lynch by barring mining on 10,000 acres nearby.