What is Congress going to do about black lung’s resurgence? 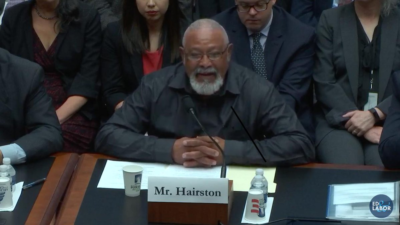 On June 20, advocates for current and retired coal miners suffering from black lung disease testified in front of the U.S. House Education and Labor Subcommittee on Workforce Protections to address what the government is doing about the deadly disease’s resurgence.

Black lung disease is a fatal, incurable condition caused by long-term exposure to coal and silica dust in and around coal mines. As the dust accumulates, lung tissue becomes inflamed and scarred. Over time this can develop into progressive massive fibrosis (PMF), which causes heavy scarring in the lungs.

A recent study found that one in five miners who have worked at least 25 years in Central Appalachian mines have been diagnosed with black lung disease, and 5 percent have PMF. Those giving their testimonies and answering questions from the committee were Cecil Roberts, current president of the United Mine Workers of America, Dr. Robert Cohen, a pulmonologist with the Black Lung Center of Excellence, Gary Hairston, Vice President of the Black Lung Association in Fayette County, W.Va., and David Zatezalo, Assistant Secretary of Labor for the U.S. Mine Safety and Health Administration.

Urgent action needed — Donate today to help send miners with black lung to D.C. to advocate for the healthcare they deserve!

Hairston is a retired miner who suffers from PMF. He gave a very emotional opening testimony to the committee discussing conditions in the mines where, “you couldn’t really even see where you were going in the mines from all the dust in the air.” Hairston tearfully described his lack of ability to play with his grandchildren because of the disease and how he was forced to retire from work at only 48 years old after working in the mines for nearly 30 years.

Both Hairston and UMWA President Cecil Roberts cited failures on the part of coal companies to follow safety protocols meant to protect their employees from toxic silica dust responsible for the surge in PMF cases in the region.

While coal dust also contributes to black lung disease, silica, which is found in the rock layers surrounding coal seams, can be far more damaging than coal dust alone. Silica dust is present not just in mining, but in other construction jobs as well.

In 2016, the U.S. Occupational Safety and Health Administration adopted a silica standard that is twice as restrictive as MSHA’s standard, but MSHA has been reluctant to adopt the same standard. Hairston described the reluctance of miners to get chest x-rays that could be used to diagnose them with black lung because coal companies could fire them to avoid compensating the miner or their family. 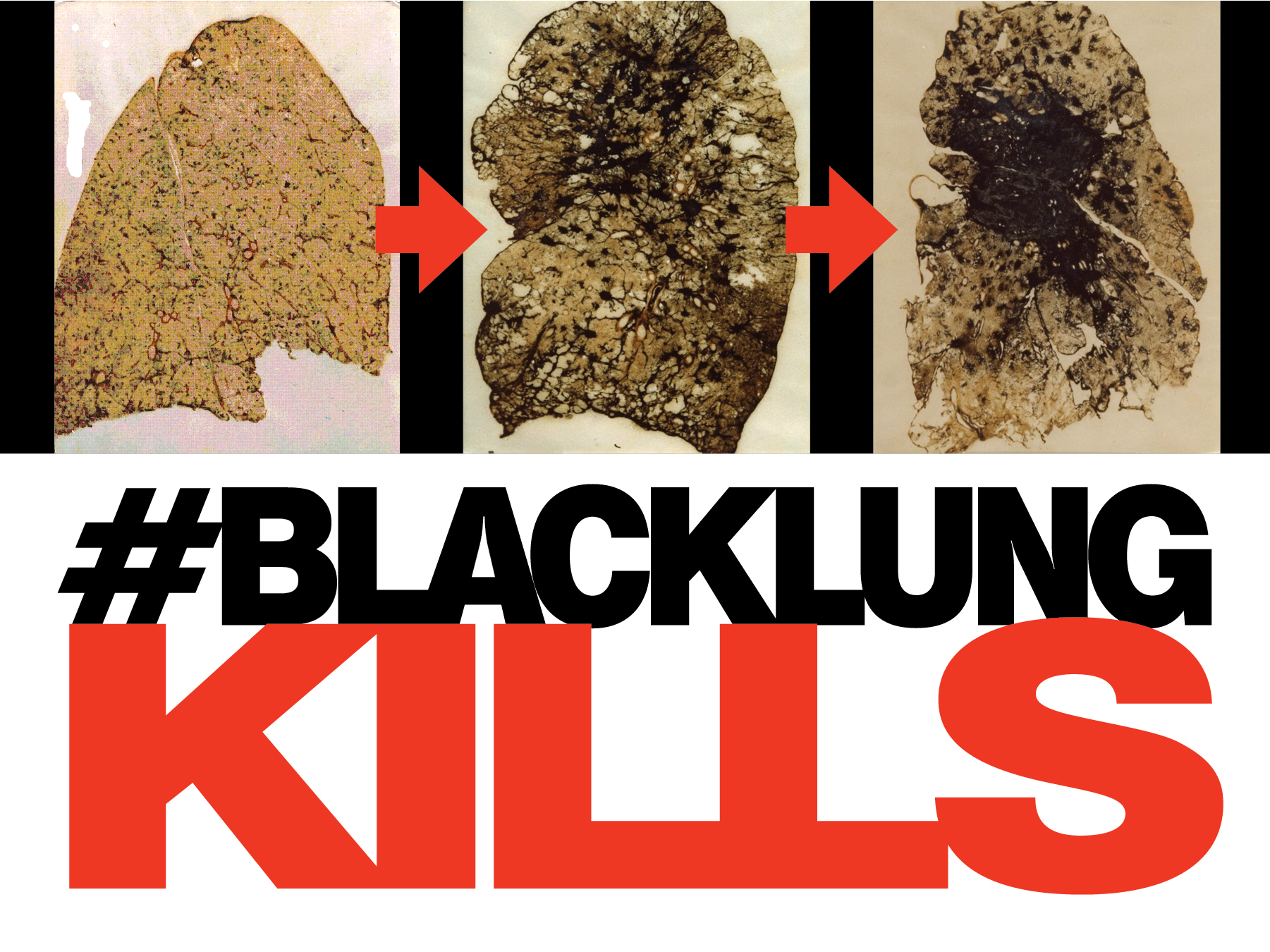 The progression of black lung disease from a healthy lung, at left, to progressive massive fibrosis, at right.

Roberts was adamant that the government has failed to protect miners over the years, saying, “It took 159 years before the government even recognized and took measures to address the disease and safety of the miners.”

He also pointed out the widespread fraud that coal companies performed in order to avoid increasing safety measures for their miners and said, “over 500 companies committed fraud in the 1980s in their sampling of the air in the mines.”

In direct opposition of the testimonies of the miners and medical experts, MSHA Assistant Secretary David Zatezalo assured Congress that current regulations are sufficient to protect miners and that coal company compliance with federal rules is at 99 percent.

This hearing comes in the wake of severe cuts to the excise tax on coal companies that is responsible for funding the Black Lung Disability Trust Fund, a federal healthcare and disabled-worker fund set up in 1977. It provides benefits to disabled miners and their families in cases where the coal company which last employed the disabled miner for at least one year is unable to do so.

The tax was reduced by more than 50 percent at the start of 2019, and the fund was $4.2 billion in debt as of June 2019. If the tax on coal companies is not restored, government analysts expect that the fund will be $15 billion in debt by 2050.

This means that coal companies will be shifting the burden of paying benefits to their miners onto the American taxpayer. To build on the momentum created by this hearing, a group of more than 100 miners and their families will travel to Washington, D.C. in July to meet with their congressional representatives and bring attention to the lack of funding for the Black Lung Disability Trust Fund.

The effort is led by local Appalachian chapters of the Black Lung Association with help from a coalition of allies including the Appalachian Citizens Law Center, Appalachian Voices, Kentuckians For The Commonwealth, and the Alliance for Appalachia. The trip is dependent upon a current fundraising effort — more fundraising will enable more miners to attend.

Urgent action needed — Donate now to help the coal miners who have given so much to our communities!