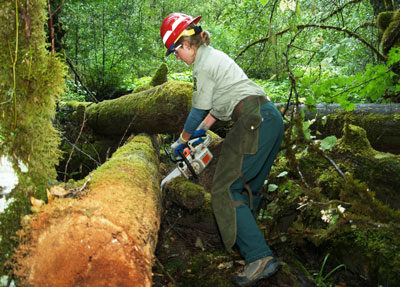 In 2018, the White House issued a “Fact Sheet” detailing how Donald Trump’s government would “help rural America grow and thrive.” Last month, Alexander Acosta and Sonny Perdue, the U.S. secretaries of Labor and Agriculture, respectively, agreed to privatize or close 25 Job Corps centers, which employ over 1,000 workers in rural America. The facilities targeted were Civilian Conservation Centers (CCC), run by the U.S. Forest Service in partnership with the U.S. Department of Labor (DOL), which administers the overall Job Corps program.

Make your voice heard!The agency may put out another plan, so your comments are still important!

The U.S. Department of Agriculture (USDA), the Forest Service’s umbrella agency, would cede oversight of the Job Corps centers it once operated to the DOL if the measure went through.

The move threatened the jobs of Forest Service employees who staff the centers and teach vocational skills to thousands of underprivileged Americans aged 16 to 24, as well as providing academic opportunities and social guidance.

In June, amid sustained public outcry, the government reversed its decision. Still, the haphazard approach to the closures taken by the Trump administration is characteristic of its disregard for the needs of rural Americans.

Lyndon B. Johnson’s administration established the Jobs Corps in 1964 as part of its comprehensive Great Society program, which sought to end poverty and create a more egalitarian nation. The goal of the Corps: to give America’s numerous high school dropouts and unskilled youth the training that would allow them to achieve a secure foothold in the workforce.

The CCC program is a unique Forest Service contribution to the larger Corps. It brings youth to rural areas — wilderness, in some cases — and teaches them the tools of the trade used in natural resource management.

Notably, CCC students have helped fight wildfires, contributing well over 100,000 hours of work per year. (A National Federation of Federal Employees study, cited in a Politico article, found that students gave 200,000 hours of labor toward firefighting in 2017.) This work is vital as forest fires increase in number and intensity due to climate change.

The centers also offer training in a wide range of skills that apply to jobs outside of conservation. Students can complete coursework in health services, information technology, and the construction trades, among other fields. They may also earn a GED.

Some of the centers are located in Appalachia, a region that was a focus of the Johnson administration’s poverty relief efforts.

In a region in which many communities have experienced prolonged socioeconomic difficulty, CCCs are a much-appreciated anchor. They bring in tax dollars, support jobs, and play a role in encouraging Appalachia’s transition to an environmentally sustainable future. 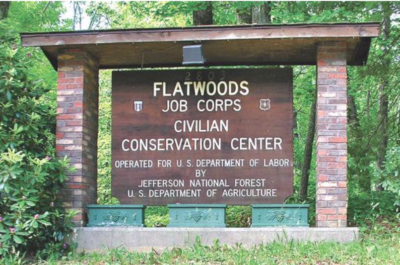 The current administration’s policies towards the rural poor could hardly be more different. Its actions serve as evidence.

Of the nine CCCs that were slated to close, four were in Appalachia. They were located in Coeburn, Va.; Frenchburg, Ky.; Pine Knot, Ky; and Oconaluftee, N.C. These four centers ranked in the top half of all Job Corps facilities for performance, according to the program’s 2018 Outcome Measurement System report, the most recent available. Flatwoods, the Coeburn CCC, placed sixth.

Discontinuing the better ranked centers seemed incongruous with the DOL news release that publicized the action.

“This action creates an opportunity to serve a greater number of students at higher performing centers at a lower cost to taxpayers by modernizing and reforming part of the Job Corps program,” the news release read.

The government has shuttered Job Corps centers before. In a document published in the Federal Register, the Department of Labor laid out the closing procedure. In the past, DOL used a research- and data-based system to determine which centers would be closed. Furthermore, the DOL was required to take into account the effect that a closure would have on socioeconomic diversity and the geographic availability of Job Corps services when making a decision.

If the Department lacked adequate data by which to measure a center’s performance, it had to wait for a five-year dataset to be developed.

This is no longer the case. 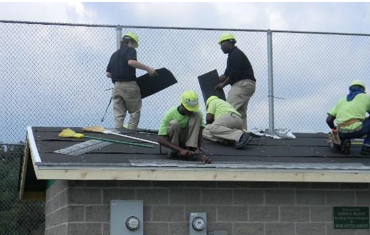 Closing in the dark

In May, the DOL allowed itself to close centers under a new criterion, which it published in the Federal Register. It stated that the “Department may propose a center for deactivation or re-purposing when doing so furthers … broad reform and streamlining efforts.”

“Reform and streamlining” is the end-all be-all of closure justifications. The DOL may cite it, by itself, to shut down a Job Corps center. Moreover, it releases the Department from the data requirement — and every other consideration.

The new criterion does not explicitly indicate how the government determines which centers it closes. The Labor Department offers only that previous “considerations do not appropriately reflect the importance of … management, cost efficiency, and long-term program priorities when pursuing … reform.”

This vague reasoning was invoked by the Trump administration when it decided to close or privatize the 25 Civilian Conservation Centers. The thought process remained obscured. Even the head of the Forest Service, Vicki Christiansen, was surprised. The Washington Post reports that Christiansen told her employees she learned of the plan just four days before announcing layoffs.

And while the closure proposal was open to comment, with public and political criticism leading to its reversal, the tool used to justify them, the “broad reform” criterion, was not.

Before the proposal was cancelled, U.S. Sen. Steve Daines (R-MT) called the president to protest against the planned closure of Anaconda CCC in his state. His office claims that, by doing so, the senator saved the center. In a statement, Daines thanked Trump for “working with [him] to save these Montana jobs.”

But Trump’s appointees were the ones who endangered the jobs that needed saving.

In the absence of a public statement explaining the government’s reasoning for the proposed closures, its decision appears impulsive. Perhaps the Trump administration saw the CCCs, which serve the poor, as an easy target.

Regardless, the disconnect between the administration’s words and its actions is striking. The administration claims to love rural America, yet its policies show a worrisome disdain for the people who live there.

CCCs are saved — for now. But nothing is certain. “For the time being,” a DOL spokesperson told Federal News Network, the Forest Service “does not intend to transfer [CCCs] to DOL.” But “it is imperative the [Forest Service] … prioritize its core natural resource mission.”

The spokesperson’s words echo those that the DOL used in the Federal Register when announcing the closure of the conservation centers. “DOL received a letter from USDA expressing its intent to terminate its role in operating Job Corps CCCs to allow the Forest Service to prioritize its core natural resource mission.”