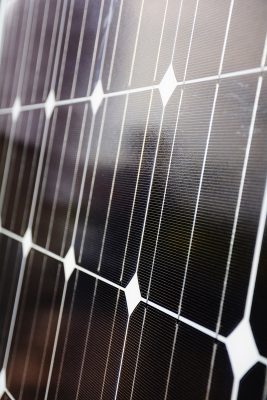 The United States is in the midst of a solar boom. The Solar Energy Industries Association reported a 97 percent increase in solar installations in 2016 compared to 2015. But as other states take advantage of solar, much of Appalachia is left in the dark with legislation that limits solar expansion. Even within Appalachian states, solar development can be clustered in flatter counties with less shade and higher concentrations of homes and businesses.


In the Solar Energy Industries Association’s latest ranking of existing solar capacity by state, North Carolina came in second and Georgia in ninth. While solar-friendly policies helped put these states in the top 10, there are still significant obstacles.

For instance, many states restrict third-party ownership of solar panels, meaning it would be difficult or even illegal for a group of people to install a shared solar array. Another option for home or business owners is to install solar panels themselves, but that can be a costly option for those living in areas without supportive policies or group-buying options.

“The biggest barriers to solar in Virginia are monopoly utilities and electric cooperatives that are blocking market access to the technology,” says Aaron Sutch, program director of solar cooperative Virginia Solar United Neighborhoods. “The utilities like big solar. They don’t want it on people’s roofs, they don’t want you to own it — but they love to put these big solar fields in there.”

The majority of solar power in Appalachia is run by utility companies. And while large solar farms have environmental benefits, Sutch says that they often don’t benefit the communities in which they are built, as the power is usually sold wholesale onto a regional transmission grid.

“You can almost think of it like a big farm that, instead of selling its produce to a local community, says, ‘no way, I’m going to sell all of my produce to this big Wal-Mart or Amazon warehouse that’s regional,’” Sutch says.

But Gil Hough, renewable energy manager of Restoration Services, Inc., in Tennessee, says that installing solar is good regardless of who does it. “It’s inherently a good thing to do,” Hough says. “Reducing carbon, reducing use of water — it’s an environmentally more responsible source.” On the following pages, we take a deeper look at how Appalachian residents are working to make solar power a part of their everyday lives.