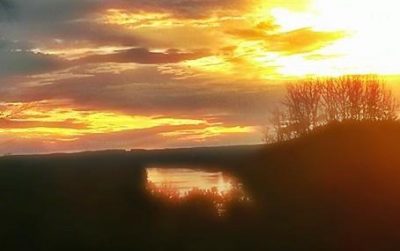 The view from Angie Mummaw’s family farm is spectacular, but marred by pollution from the Cumberland City smokestacks. Photo by Angie Mummaw

I grew up on a farm in rural Montgomery County. Our land overlooks the river and from our front porch we can see the Cumberland City smokestacks.

As a child, I remember the grim polluted smoke they gave off continuously throughout the day — so much smoke that it made a dark trail all the way across the horizon. It tainted the beautiful sunsets.

I remember it being a huge deal when the plant was required to install smaller stacks with scrubbers to reduce the pollution. Nowadays, the stacks give off big pillowy white puffs of smoke, which still pollute our atmosphere, whenever the plant is running. The stacks no longer run constantly like they did when I was a child, and soon they will not run at all.

TVA has committed to shutting down all of its remaining coal-burning plants. This has been a long time coming and I have looked forward to gorgeous sunsets over the river and hills without the towering presence of the polluting smokestacks.

I thought shutting them down would mean a better environment; cleaner air to breathe and safer water to drink. I was sad to learn that TVA wants to install a methane gas-fired plant in its place. They want to burn another fossil fuel, one that would require the construction of a new plant and a 32-mile pipeline, cutting through the picturesque countryside of Stewart, Houston, and Dickson counties.

If this plan goes through, it will be tragic on so many levels. The tree-hugger in me cannot stand the thought of a pipeline destroying all that land and crossing through more than 130 wetlands and streams.

This would mean habitat loss for our plants and animals, which is the number one threat to biodiversity. We should be protecting these valuable resources.

The plan is not just detrimental to those ecosystems. Fracked gas pipelines can harm our health by contaminating air and water, leading to illnesses. In some cases, like the eruption that happened in White’s Bluff in 1992, leaks can lead to potentially deadly explosions, threatening the lives of anyone nearby. 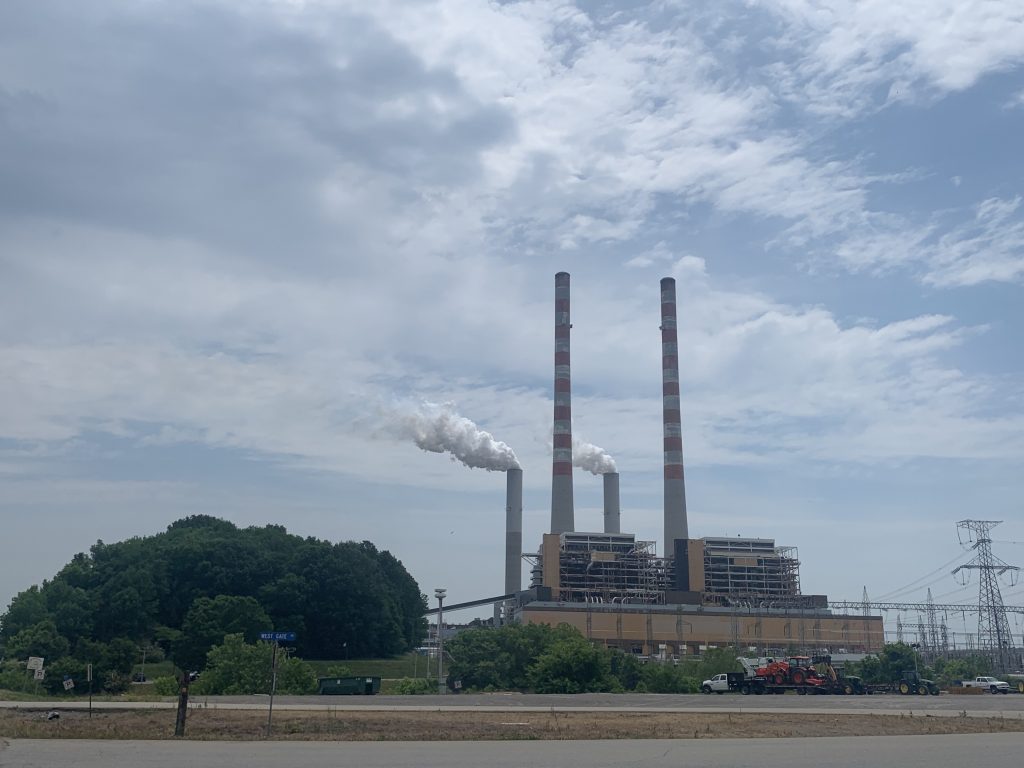 Under TVA’s plan, smokestacks at the Cumberland Fossil Plant would continue to spew pollution into the air. Photo by Angie Mummaw

As a biologist, those things are always on the top of my mind. However, there are many other reasons that a gas-fired plant is not a good idea. The installation of a 32-mile pipeline will take aways precious habitat for wildlife, but that also means property loss to landowners. They would be forced to sell easements to Kinder Morgan, the pipeline company.

In addition, the economy of Cumberland City would suffer greatly with the closure of the steam plant. There are currently over 250 people employed there, but a methane-fired plant would only create 25 to 35 permanent jobs. TVA has already raised rates in 2022 due to surging natural gas prices. I know increased rates for an already crippled economy could lead to social fallout.

I do not want to see my neighbors and people I have grown up with suffer such hardships because of this one decision TVA makes. There are other alternatives for replacing the plant.

Solar energy with battery storage is another option that is more sustainable and would be better for the environment and our health. Solar would also create more long-term jobs.

It is not too late to get TVA to change their minds. You can share your opinions with decision makers until June 13, via public comment. Once that date has passed, you can still use the link to find more information on the Cumberland Plant closure.

Many people across the country are winning fights against pipelines. I know it will be a tough battle, but one that is worthwhile. If we all pull together, we can get TVA to make a change that is good for everyone’s future.