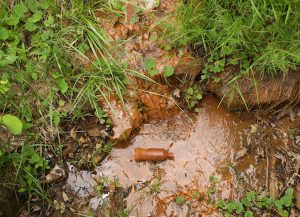 The final Stream Protection Rule offers only modest improvements to protections for public waterways, but it is well worth defending from congressional attack. Congress should focus on ways to move Central Appalachia forward.

In the waning days of the Obama administration, the U.S. Department of the Interior on Monday released the final Stream Protection Rule, which aims to protect streams from the impacts of surface and longwall mining.

Based on updated science and technology, the rule offers modest improvements for the protection of public waterways. But despite the fact that the rule could have been much stronger, it still faces immense opposition from the coal industry’s supporters in Congress.

The Office of Surface Mining Reclamation and Enforcement began work on the rule in 2009. At that time, George W. Bush’s 2008 Stream Buffer Zone Rule was in effect after having replaced the original Stream Buffer Zone Rule, written in 1983. The Bush-era rule weakened stream protections and virtually eliminated prohibitions on mining through streams. When it was struck down by a federal court in 2014, the 1983 rule was reinstated.

The new Stream Protection Rule includes several improvements including increased requirements for water monitoring and forest reclamation. But it falls short of preventing mining through streams or stopping mountaintop removal. The rule also includes ample leeway for state interpretation of the requirements, which could easily lead to lax enforcement.

Donald Trump’s pick for Interior Secretary, Montana Rep. Ryan Zinke, is a proponent of coal and could effectively undo the rule through an administrative route. But that could take years. Instead, it is likely that the rule will be thrown out via the Congressional Review Act. The act allows Congress to overturn rules within 60 legislative days of their enactment. The president could veto such a move, but given the change in administration, this seems unlikely. This law not only allows Congress to toss out a rule, it prevents another “substantially similar” rule from being written in the future. The act has only been used successfully once, so it’s unclear what the courts would consider “substantially similar” in regard to a future mining rule from OSMRE or another agency.

Even as coal company executives call on Trump to temper his promises to coal mining communities so as not to falsely elevate expectations, other politicians are also returning to the old “war on coal” rhetoric. Rep. Kevin Cramer (R-ND) called the Stream Protection Rule “the Obama Administration’s last attempt to kill the coal industry,” and Rep. Morgan Griffith (R-VA) vowed to file a Congressional Review Act resolution himself.

While we wish the final rule were stronger, it is well worth defending from congressional attack. We will urge the White House and Congress to focus on ways to move Central Appalachia forward, rather than waste time on counterproductive political fights. A better use of time would be to pass the RECLAIM Act, which would ensure that mine sites are reclaimed and repurposed to provide economic benefit to the region.

Building a healthy economic future in Central Appalachia requires attracting new industries and encouraging community members to stay in the region. Protecting the remaining assets of the region, like clean water and healthy communities, is an integral part of building that new future.