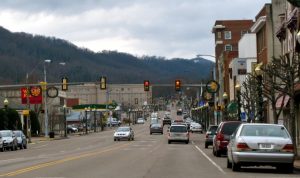 The Obama administration’s 2016 budget calls for hundreds of millions of dollars in federal funds to be spent cleaning up abandoned strip mines, and to support economic development and workforce training in mining communities facing massive layoffs as coal is increasingly outcompeted in America’s energy mix. More than 13,000 coal jobs have been lost in central Appalachia since 2011.

One of the most significant proposals included in the budget is for an additional $200 million per year over the next five years for the federal Abandoned Mine Lands program to restore dangerous unreclaimed mines. According to the U.S. Office of Surface Mining Reclamation and Enforcement, which administers the program, additional funds would assist communities most severely impacted by coal “in a manner that facilitates economic revitalization on reclaimed lands and restored waterways.”

The program is funded through a combination of a per-ton tax on coal production and discretionary spending, but has consistently fallen short of its goals. More than $3 billion worth of high-priority sites remain unreclaimed — most of which are in central Appalachia. The Kentucky Division of Abandoned Mine Lands, for instance, lists $445 million worth of unfunded projects. Groups working in the region have called on the administration to reimagine the way funds are distributed through the program by coupling workforce development and environmental restoration.

Other funding increases called for in the president’s budget include $20 million for the Labor Department’s Dislocated Workers program to provide employment services and job training specifically for laid-off coal miners and power plant employees to help them transition to jobs in other fields. The Appalachian Regional Commission would see its $70 million budget grow by roughly one-third, with $25 million in new funding directed to communities “most impacted by coal economic transition” to support a range of economic development initiatives.

The need for job creation and economic diversification in Appalachia could not be clearer. As Congress debates the president’s budget and puts forward its own proposals in the coming months, we hope they will carefully consider ways to build a truly sustainable economy in the region.

There’s a great deal the president must do to help build a robust clean energy economy and ensure that disproportionately impacted areas like Appalachia are not left behind. The Obama administration’s proposed budget shows that the White House understands the need for economic diversification in Appalachia. It shows that the calls of Appalachian communities for new opportunities have been heard.

Proposals are not actions, however, and the proposed budget may never become law. The good news is that not every action to diversify the Appalachian economy requires changes to the federal budget. We will continue to use every tool available to urge the White House to commit to turning the proposals in this budget into realities, regardless of the actions of Congress.