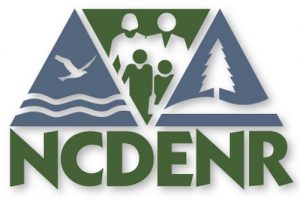 Internal emails between DENR and Duke Energy reveal the agency coordinated closely with utility on how it wanted to treat its coal ash pollution after blocking multiple citizen lawsuits.

The Associated Press reported today that emails between N.C. Department of Environment and Natural Resources staff, officials in the N.C. Department of Justice and lawyers for Duke Energy indicate the agency coordinated with Duke after blocking citizens groups from suing the company over coal ash pollution.

The emails, provided to AP and other sources by the Southern Environmental Law Center, reveal that a Duke lobbyist contacted DENR seven weeks after SELC filed a 60-day notice of its intent to sue Duke. One exchange between an N.C. Department of Justice lawyer and DENR staff asks “how Duke wants to be sued.”

Although initial reports framed that phrase in a much more deceitful light, the exchange was one of the more innocuous of the emails released today. According to WRAL, it was part of an email thread in which lawyers working for DENR expressed confusion over the company’s proper name after it had merged with Progress Energy.

In other “more problematic” exchanges, a lawyer for Duke suggests that the consent order between Duke and DENR give Duke an opportunity to provide cleanup plans to DENR, instead of setting deadlines for Duke to take action — a wish that DENR granted.

“This is just part and parcel of DENR not enforcing the law,” Frank Holleman, a lawyer with SELC, told WRAL.

DENR spokesperson Drew Elliot claims the agency was working to ensure some action was taken, while avoiding a lengthy lawsuit.

Last summer, after intervening to prevent lawsuits brought by several groups represented by SELC against Duke for coal ash pollution at two North Carolina coal plants, DENR announced a proposed settlement that required Duke, a $50 billion company, to pay a fine of just $99,000. The settlement did not require Duke to actually address the pollution.

Two days after a public comment period ended related to that settlement, in which a single comment out of more than 4,000 thought the settlement acceptable, DENR came out with a curveball and announced it was seeking injunctions against Duke’s 12 other coal-fired power plants, effectively blocking citizen action on coal ash at every coal plant in the state.

For months nothing happened and dreams of accountability and the oversight necessary to protect communities from coal ash crumbled. But DENR Secretary John Skvarla and Gov. Pat McCrory, a former Duke employee, staunchly defended the agency, and they still are.

In the wake of the Dan River coal ash spill in February, however, major media outlets have pointed to abundant evidence that DENR may have been closer with Duke Energy than it was letting on.

It should come as little surprise that the state agency, which rewrote its mission statement to focus on “customer service,” would collude with Duke rather than letting citizen suits go forward. But since a federal criminal investigation was launched following the spill, this news is the first concrete example of coordination between Duke and DENR staff to avoid any real progress on the problem of coal ash pollution in North Carolina.